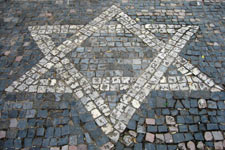 The Jewish quarter (Židovská čtvrť) is a small area known as Josefov, named after Emperor Josef II, whose reforms helped to ease living conditions for the Jews (the Jewish Quarter contains the remains of Prague’s former Jewish ghetto). Josefov lies between the Old Town Square and the Vltava River.

Here are two famous figures synonymous with this part of the city: Franz Kafka, and the mystical Golem created by Jehuda ben Bezalel, also known as Rabi Löw.

Most of the sights in Josefov can be walked around in a single day, but any detailed interior explorations of synagogues need more time. The Jewish cemetery, Old-New Synagogue, Klausen Synagogue and the Pinkas Synagogue are definitely worthwhile sights. Be prepared for entrance admission to most of the sights, ranging from 200 CZK or just buy 500 CZK for a ticket encompassing all the sights. More information can be found at www.jewishmuseum.cz. 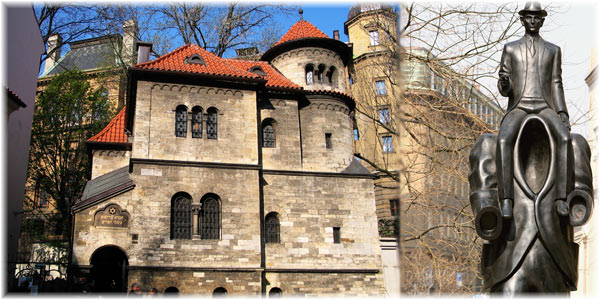 The Jewish Museum today manages seven separate sites in Josefov, the remnants of the old settlement – amongst them the Jewish Town Hall and the Old Jewish cemetery, the most remarkable in Europe. Most sights are open daily from 9.30am-6pm but closed on Jewish holidays. Recommendation: avoid this quarter on Saturdays, because of the Sabbath on this day.

Klaus Synagogue – dates back to 1680 and offers an exhibition on Jewish traditions and customs.

Spanish Synagogue – with its ‘Moorish’ design, this is a visually very striking synagogue. The synagogue hosts an exhibition about the history of Jews since emancipation to the present.

Pinkas Synagogue – established in 1475, this houses a memorial to the victims of Nazism.

Maisel Synagogue – houses displays on the history of Jews in Bohemia and Moravia.

Jubilee Synagogue – the most recent and largest synagogue in Prague.

Old Jewish Cemetery – here can be found the tomb of Rabbi Löw.

Old-New Synagogue – this early Gothic building of the 13th century is the oldest synagogue in Europe. 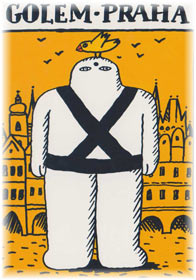 Tales, legends and other such mysteries have been woven round a good many places in Prague. One of the most interesting is about Golem. It is said that in the attic of the Old-New Synagogue, the Golem is hidden. The Golem is a mighty being made of clay that was, according to legend, created by Rabbi Löw to protect the Jewish Town. Golem is inextricably linked to the mysterious atmosphere of old Prague.

If you want to learn more about this, join us for the Jewish Tour while visiting Prague.