The network of towers, churches, museums, halls, gardens and palaces, which is virtually a village in itself. It provides a wonderful experience throughout, with numerous museums that display collections of treasure. This includes the crown jewels of Bohemia, and the golden reliquaries of Saint Vitus Treasury, which both merit considerable exploration. Allow yourself at least half a day for sightseeing. read more

Irrespective of if you see Charles Bridge on a misty morning, or if you barge through the crowds in the afternoon, or if you see it at night with its’ picturesque views of Prague Castle illuminated in the background, travelling across Charles Bridge epitomises the Prague experience. The bridge is among the city's most popular attractions. During the day, its’ baroque statues stare indifferently at the intriguing parade of jazz bands, buskers, souvenir sellers and portrait painters. Whereas at dawn, they recapture some of the magic and mystery their creators wanted to capture. read more 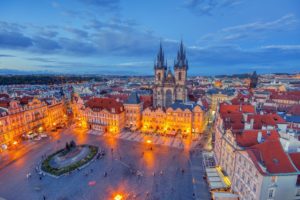 In spite of the hoards of tourists, busy pavement cafés and rampant commercialism, it is difficult to stop yourself from enjoying the spectacle of the premier public square in Prague. On just about every part of the square, you will see picturesque historic galleries and buildings. Take your place in the gathered crowd to witness the incredible Astronomical Clock of the town hall carry out its’ action every hour. read more 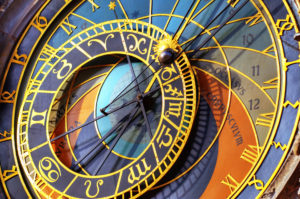 Situated in the Old Town Hall, the Astronomical Clock is among the most popular sights of Prague Old Town. In fact, this clock is situated on the end of a line of buildings which have been positioned where they are for several centuries. Actually, work initially started on the whole structure right back in 1338. read more 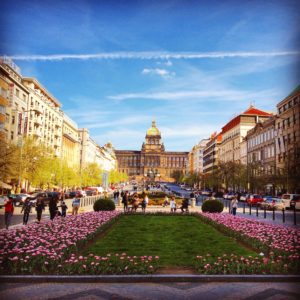 The top of this square has the Czech Republic national symbol – the Saint Wenceslas statue, designed by JV Myslbek. This square has served as an important meeting place throughout lots of the notable events in modern Czech history, such as the 1989 Velvet Revolution. These days, it is the commercial hub of the city, and the biggest and busiest area for shopping in Prague. It boasts art deco arcades, art nouveau architecture, fashionable cafés, shops and hidden cloisters and gardens. read more 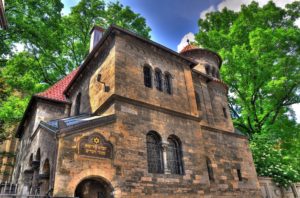 Small cobblestone streets are home to the fabled Golem, and will take you to what used to be a Jewish ghetto in Prague. Here, a ceremonial venue, some historic Jewish synagogues, the renown old cemetery and a former mortuary can be discovered. The museum portrays the frequently sad tale of the Jewish community in Prague throughout the savagery of Nazi rule. read more 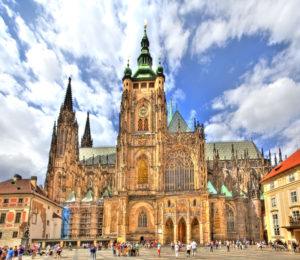 Situated at the Prague Castle network, and positioned on the site of a tenth century Romanesque rotunda constructed by Good King Wenceslas (from the Christmas carols), Saint Vitus Cathedral is Prague castle's most visited attraction. The Gothic nave is illuminated by beautiful stained glass, and houses the cultural artefacts of Saint Wenceslas Chapel, the invaluable Golden Gate medieval mosaics, and the splendid silver tomb of Saint John of Nepomuk. read more 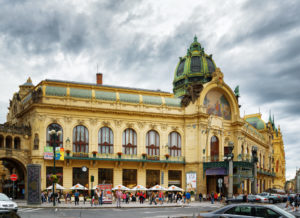 The most noticeable Art Nouveau building in Prague is a cultural centre that has an auditorium and exhibition halls. Go to a concert at Smetana Hall in Municipal House, or enjoy a coffee at the renown Imperial Café whilst you appreciate the art nouveau décor. read more

This starkly functional Veletržní Palác, constructed in 1928 to host international trade events, turned into the new venue for the National Gallery museum of twentieth and twenty-first century art. read more

This is the oldest theatre in Prague and well worth a visit for the fine architecture and performances alone. Now, this premier venue for “Don Giovanni” (the famous Opera by Mozart), is among Prague's top five cultural venues.

Prague Sightseeing Tours. Discover beauty of Prague with our popular dinner on the river cruise

Other sights worth visiting

Witness the High Baroque splendour of this Lesser Town landmark. The baroque interiors are painstakingly decorated with paintings, frescoes and statues. In 1787, Mozart played the organs. It is Prague's most visited church, and rightly so.  read more

Characterising Prague's skyline, this park is the biggest area of fields and trees in the city's immediate vicinity. Catch a Funicular train to Petrin Hill, then climb up the miniature Eiffel Tower to enjoy fantastic views all around. read more

For tourists who are sufficiently energetic to climb up it, this Gothic style tower boasts fantastic views of Prague. read more

If you like Central European arts, head to this neo-Renaissance museum with richly decorated halls, stained-glass windows where you will be amazed by the collections of handcrafted crystal, silver, timepieces, Baroque furniture, pottery, clocks, books and graphic design. Exhibits are grouped according to material used.

Convent of St Agnes of Bohemia

This convent, tucked in the Jewish Quarter, will reveal a collection of medieval works, from wormwood icons to altarpieces via 13th-century Madonnas. It makes for a wonderfully up-close insight into the art that inspired Bohemian peasants and kings. read more

The highest landmark in Prague – a futuristic construction that has attracted a lot of criticism. It has been voted to be one of Prague's ugliest buildings. read more

Vysehrad is somewhat off the beaten track. Consequently, it is perhaps not visited quite as often as it ought to be. You can escape to these grounds for a relaxing afternoon, whilst seeing the architectural gems of the area. read more

Prague is the equal of Paris in terms of beauty and architectural gems. The history goes back a millennium. And the beer? The best in Europe. It’s a place where you can order a beer without speaking, simply by placing a beer mat on the table. But it’s not just exquisite ale and a wonderfully relaxed drinking culture that keep bringing visitors back to Prague. This relaxed, quite small cosmopolitan has its own charm which makes it a perfect destination for weekend break visitors, who very often come back within one or two years.

Most Visited Prague Monuments and Attractions