There are many theatres in Prague ranging from black light and magic lantern shows to the major opera houses and concert halls. For the spoken word there are regular English language productions – consult up-to-date schedules to check the current position which you’ll readily find around the city. Czech drama is, unsurprisingly, played in Czech, that quite reduces its interest to English speakers.

A type of modern dance/mime variety production, the Black Light Theater presents no language barriers and offers, for many, more entertainment than a classical music concert. Original to Prague, the Black Light ‘Theater started during the 1960’s, as a fun and mysterious theater of the ridiculous. Today, fans and critics complain that it is turning into a cheesy variety production, whilst other people are not happy with the sexual nature of some of the acts. Nonetheless, it is a unique theater experience which lots of people like. Shows go on for around 90 minutes. Do not sit in the 1st 4 rows, otherwise you will be so close that the illusion will be ruined. Every theater listed below offers its’ own take on what the Black Light is meant to be.

The city of Prague is world famous for its black light theatres, mimes and magic lantern shows. Most of these shows are based on music with little or no spoken word, and so there is no language problem.

The most fabulous of all Czech theatres is The National Theatre in Prague that became the symbol of the Czech national revival period. Financial means for its construction had been raised through a nation-wide public collection. Building works began in 1868 according to the plans of architect J. Zitek. However, in 1881, just as its construction was finally nearing to its end, the theatre burnt out. The reconstruction took two years and on November 18, 1883 the National Theatre was inaugurated with the Czech opera Libuše composed by Bedřich Smetana. Decoration of both exterior and interior is a work of leading Czech artists M. Aleš, F. Ženišek, V. Hynais, J.V. Myslbek and others.

Nowadays, the National Theatre consists of three art ensembles – opera, ballet and drama – which perform at three places: in the original building of The National Theatre, in The Estates Theatre and in The Kolowrat Theatre.  Box-office: Mon – Sun 10:00 – 18:00  www.narodni-divadlo.cz 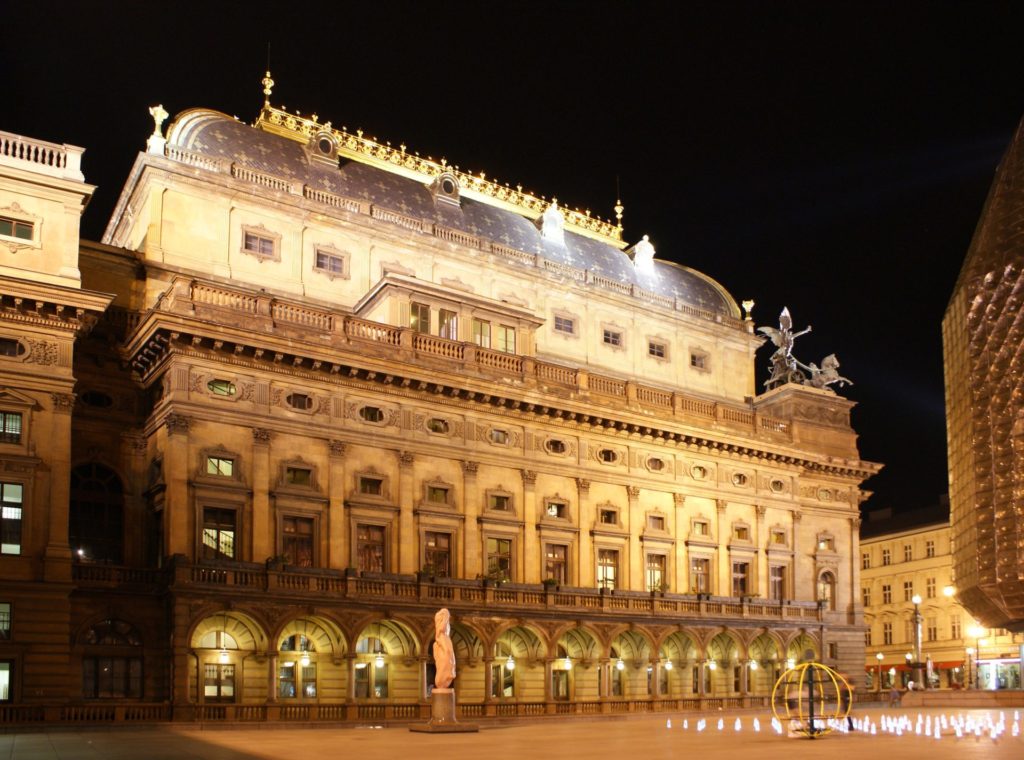 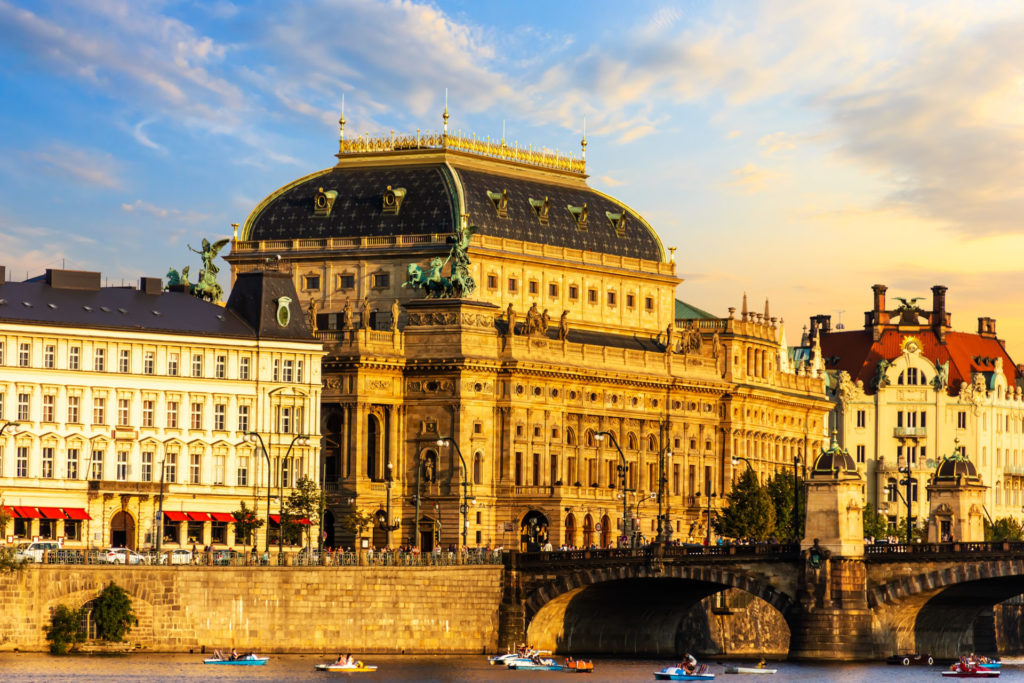 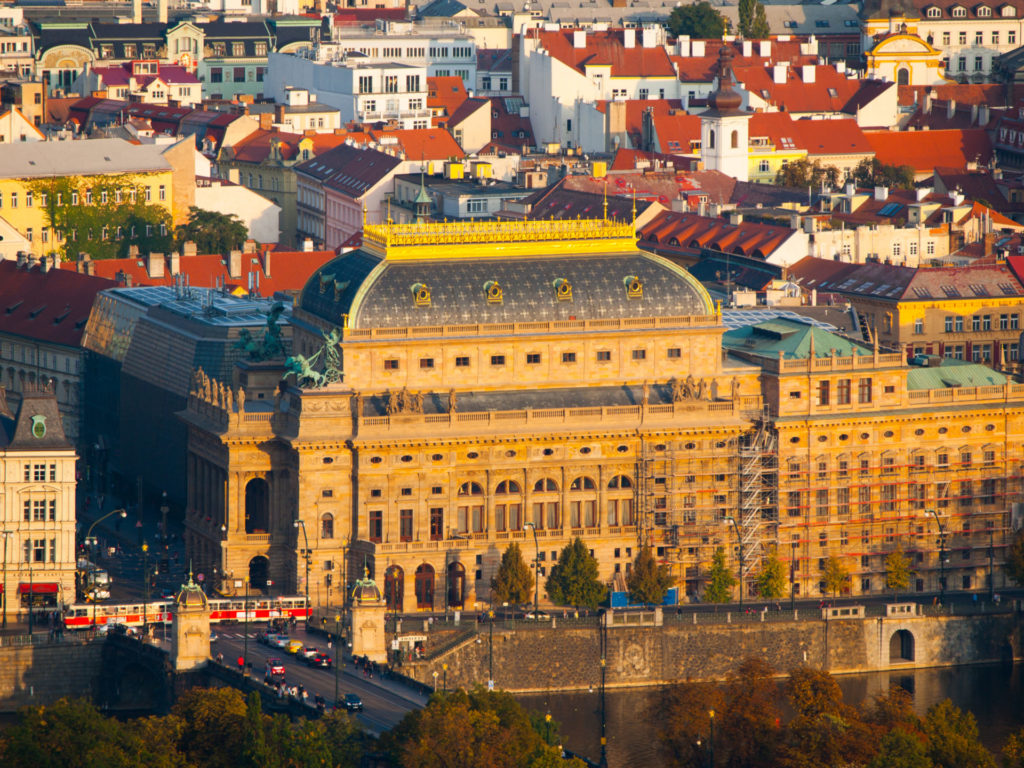 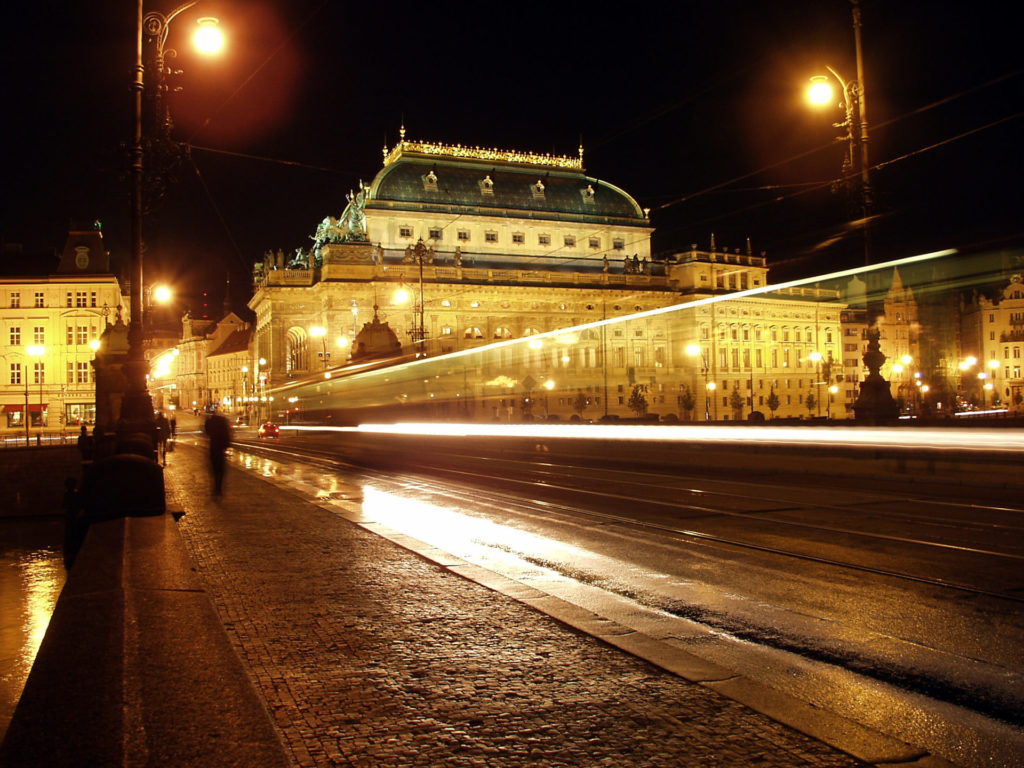 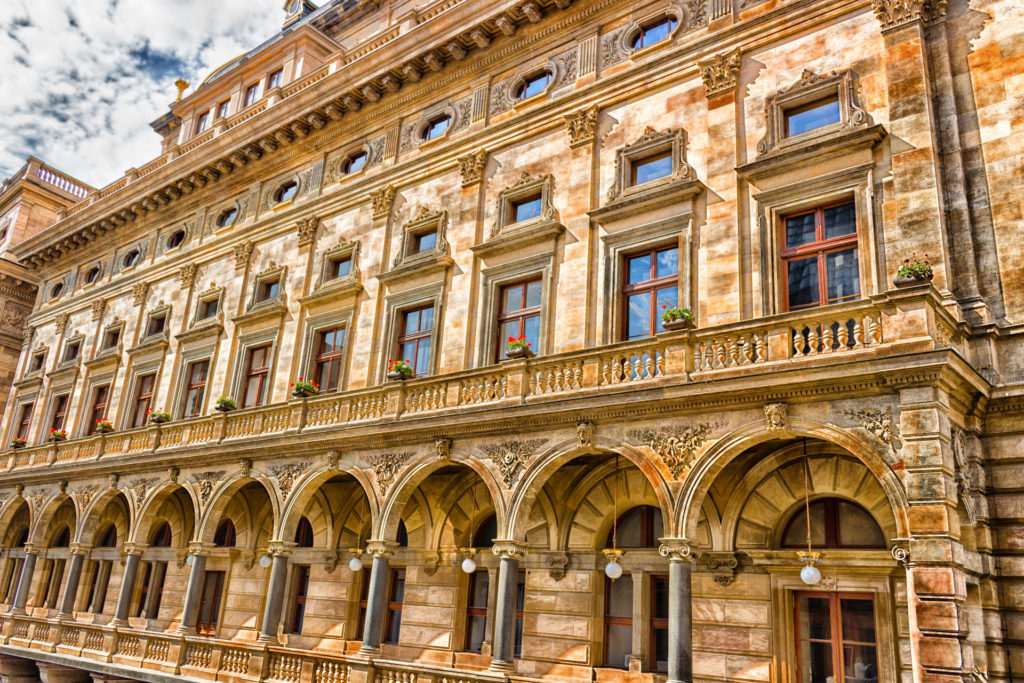 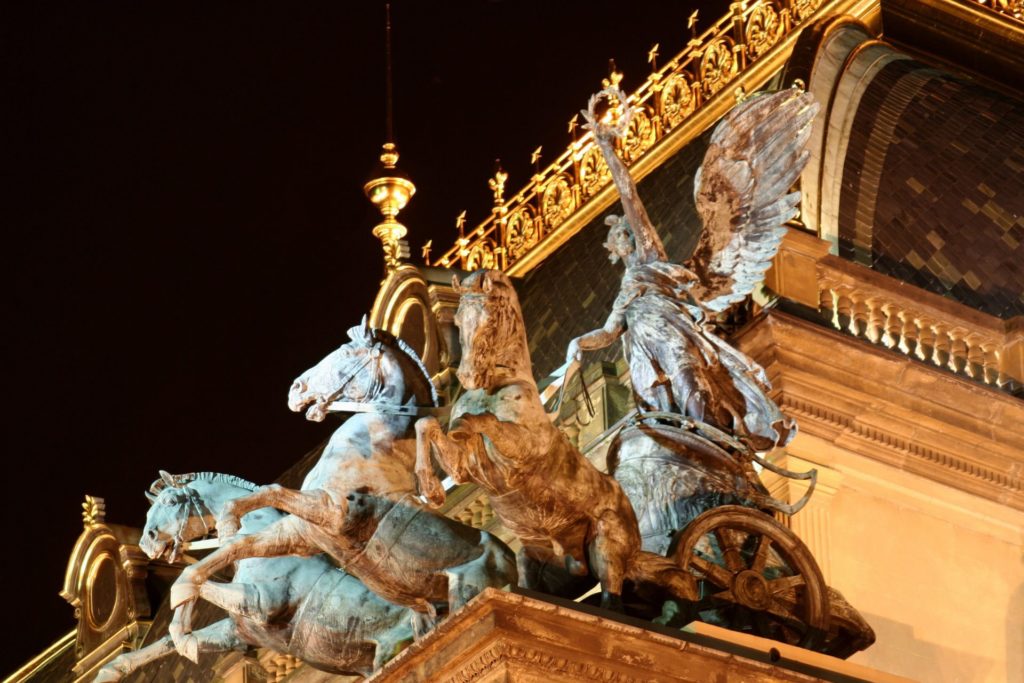 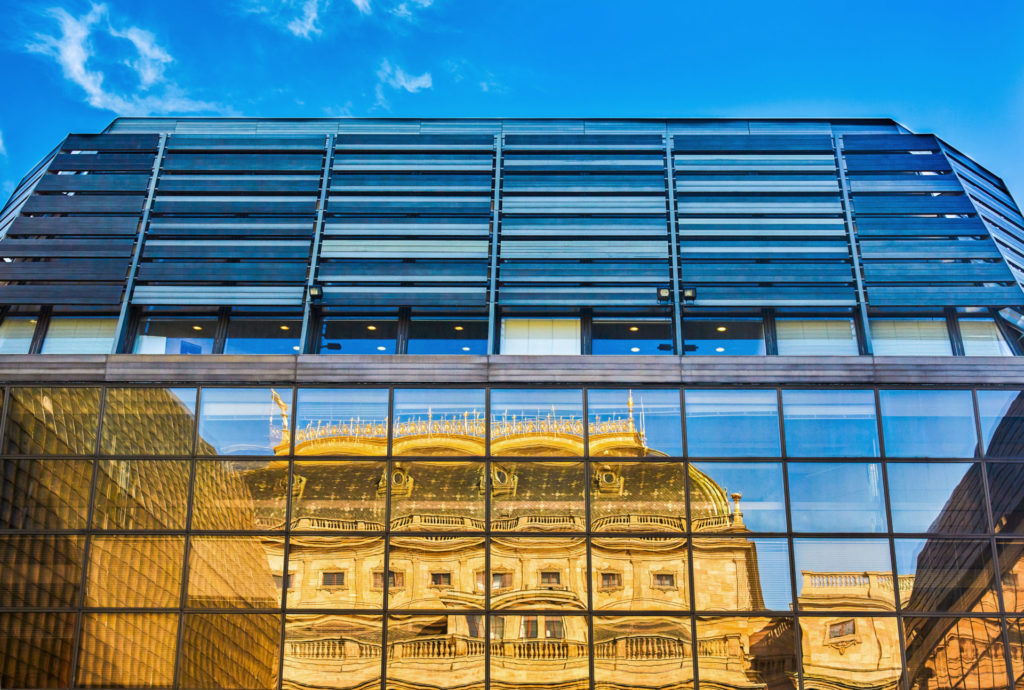 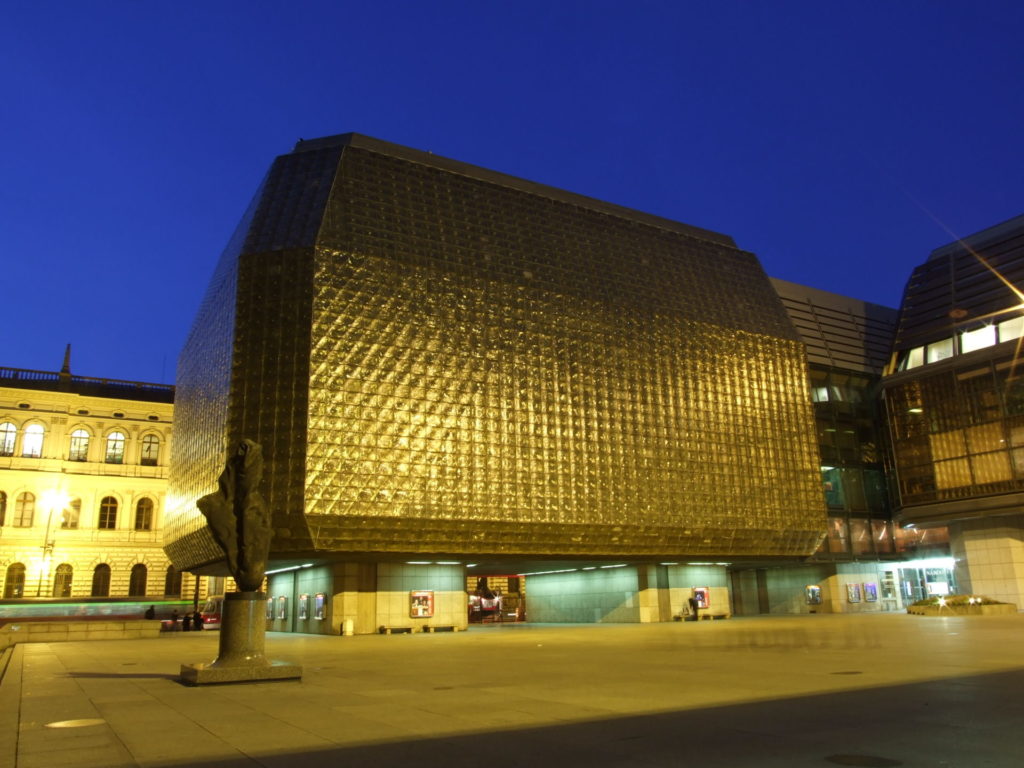 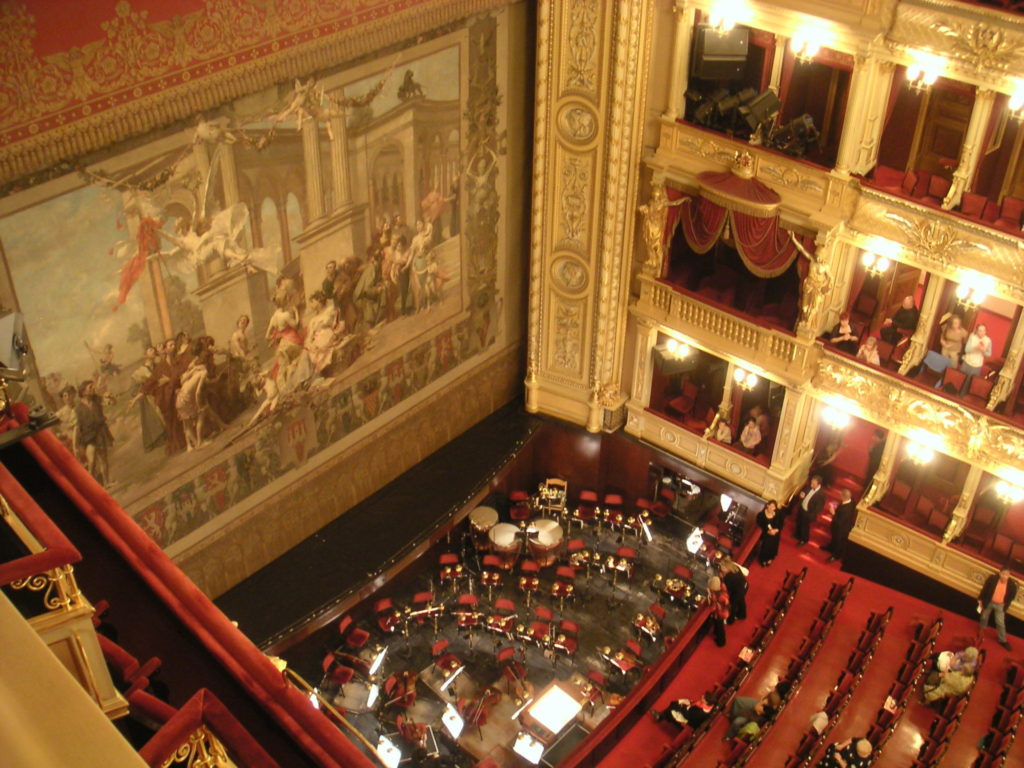 The Estates Theatre is the oldest theatre in Prague, famed as the place where Mozart conducted the premiere of Don Giovanni on 29 October 1787. Mozartissimo – a medley of highlights from several of Mozart’s operas, including Don Giovanni – is performed here several times a week in summer (see www.bmart.cz); the rest of theyear sees various opera, ballet and drama productions. The theatre is equipped for the hearing-impaired and has wheelchair access (wheelchair bookings can be made up to five days in advance); you can buy tickets from any National Theatre box office.

Come to the theatre where dancers will express their unspoken, disturbed emotions and overcome the laws of physics in front of your eyes. Music will bring the inanimate to life, tragedy will change into comedy and the unbelievable will become real. Moreover, your imagination will be fully awakened.

National Marionette Theatre has a long tradition in popular entertainment in Prague. Puppets and costumed actors perform classical operas like versions of Mozart’s famous ‘opera of operas’, Don Giovanni, as well as some lighter fare like the enchanting story of The Magic Flute. Another interesting performance is the Puppet Gala Performance, which is a mix of the puppeteers’ finest works. Come to see some of the great performances at this authentic theatre which usually begin at 8pm.

The nice Art Nouveau Vinohrady Theater lies at the side of the grand church of St Ludmila in the area of Vinohrady. The dominant theatre is home to one of the main drama scenes in Prague, opened on November 24, 1907. Hundreds of popular and talented actors, playwrights, and directors have played in the Vinohrady Theater. The current talents heading the theatre are the main director Tomáš Töpfer with artistic director Martin Stropnický. Under their watchful eyes, the theatre presents more or less known historical and contemporary pieces with popular actors such as Viktor Preiss, Václav Vydra, Hana Maciuchová and many others. The Vinohrady Theater boasts modern adaptations of classic plays, guaranteeing that each theatre piece will continue to surprise you. Tickets range from 200 to 500 CZK at the theatre box office. website

Other theatres in Prague

Divadlo v Celetne, Celetna 17, Old Town; Performances of Czech drama and some foreign plays but only in Czech language; Tickets from 30 CZK; website

Music and Dance Faculty of the Academy of Performing Arts website