Prague is a very easy city to get around with a great underground Metro system as well as trams and buses.

The Prague public transport system uses three tickets: short ride tickets and long ride tickets and passes. Tickets can be bought from ticket machines at all metro stations and newsagents. If you plan to stay in Prague for a longer period of time, you can purchase 24 or 72-hour tickets. A ticket must be validated (punched) at the entrance to the underground station and on the tram/bus to mark the start of the validation period. Spot inspectors are frequent, and tourists are famous targets as many tourists don‘t know that they have to validate a ticket. Tourist Passes – for 1 day 110 CZK (children and seniors 60-65 years old pay only 55 CZK) or 3 days 310 CZK.

At every marked stop, you will find detailed timetables of the services that stop there.  The timetable also usually shows the time it takes for the service to travel between the individual stops. Onboard the current station and next stop are usually announced. Buttons to open doors are becoming ever more frequent on city transport. They can be found on the doors themselves (on the tram and metro on both sides) or handrails inside the vehicle.

a speedy way to get around Prague, the Prague Metro or underground is clean and efficient. Metro operates daily from 5 a.m. to 12 p.m., on Fridays and Saturdays one hour longer. The time interval between train departures is approximately 3 minutes during the workday rush hours and 5-10 minutes during off-peak hours. The Prague Metro network consists of 3 lines designated by letters and differentiated in colour (Green colour – line A, Yellow -colour line B, Red colour – line C).

Trans may be a little slower but are a marvellous way to get around – you can see much more. Each tram stop gives a list of stops for each tram route and a timetable for it (which is certainly accurate). Night operation is provided by tram numbers 51 to 59 in 30 minutes intervals. The central interchange station for night lines is the Lazarska stop.

The Prague bus service mainly covers the outskirts of the city. Prague’s bus service is quite regular during the day, with buses running from 5 am until around midnight every day. Bus fares are also very cheap. Prague also has night buses which run when the day buses stop, from midnight to 5 am, and the buses run every half hour or so. Night service is provided by bus numbers 501 to 513.

Unfortunately for Prague, its taxi drivers have become a scar on its reputation but getting around Prague by public transportation is so easy and convenient that you may forget about taxis. The city authorities regulate taxi fares in Prague. Since 1 January 2007, the following fares have been in operation in Prague: basic tariff – 40 CZK; per kilometre travelled -28 CZK; per minute waiting time – 6 CZK.

Take a trip on a unique funicular railway with superb views from Petřín Hill. Prague transport tickets can be used on the service. The Funicular to Petrin Hill operates along the route Újezd – Nebozizek – Petrin. The Funicular operates daily from 9:00 a.m. to 11:30 p.m. (April – October) and from 9 a.m. to 11:20 p.m. (November – March) with traffic intervals from 10 to 15 minutes.

Tramlines 22, 17 and 14 are the most useful for getting around the centre of Prague. They pass many of the major sights on both sides of the Vltava, so they are also a cheap, pleasant way of sightseeing. Route 22 passes Charles Square, and New Town stops with stops at Národní Třída (next to Tesco), National Theatre, Petřín Hill (Újezd), Lesser Town (Malostranské náměstí) and continues via Prague Castle to Strahov. Route 17 follows the river bank from Vyšehrad, passing New Town (National Theatre), Old Town (Staroměstská), and Jewish Town to the Letná Park. Route 14 runs from Charles Square via Wenceslas Square to Republic Square to Letná Park. Routes may be diverted in summer during roadworks.

Greenline A is the most useful for tourists because it covers all the main areas of the city centre – the Lesser Town (Malostranská), the Old Town (Staroměstská) and the New Town – as well as the main shopping area around Wenceslas Square (Můstek and Muzeum stop).

When a tram pulls up to a stop, two different names are announced: the name of the stop you are currently at and the name of the stop coming up next. Confused visitors, wondering whether they’ve heard their stop, are notorious for hurrying off the tram one stop too early.

How to Find a Connection to Your Hotel?

The easiest way is to visit The Prague Public Transit website and search for public transport connections. You might need to use the Czech names of the stations/stops:

Prague Airport = Terminal 1, or Terminal 2 (according to where you will arrive/depart)

Destination: Enter your address or hotel: Use the hotel’s name, or write down the street address and choose the hotel from the menu. The system will find the closest stop.

If you prefer direct transport to your hotel, you might wish to pre-book an airport or train station transfer online. That gives you peace of mind that after your arrival, you will be welcomed by your driver.

Where to Get More Information About Public Transport?

For more information about Prague, transportation system, visit the below-listed information centres. The information leaflets are available in English, German, French and Russian. 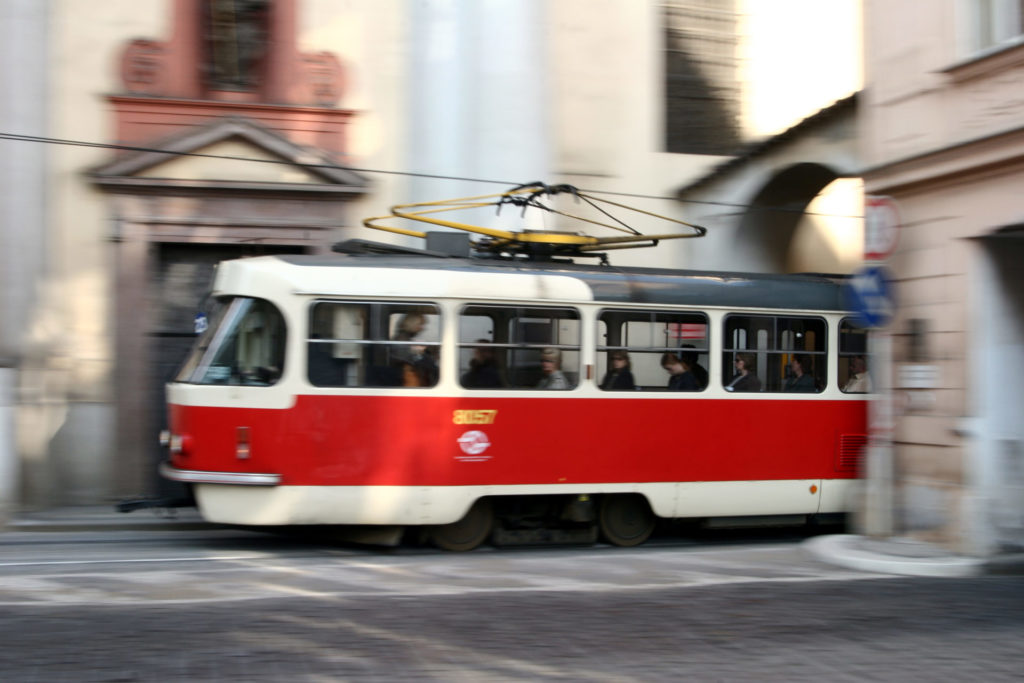 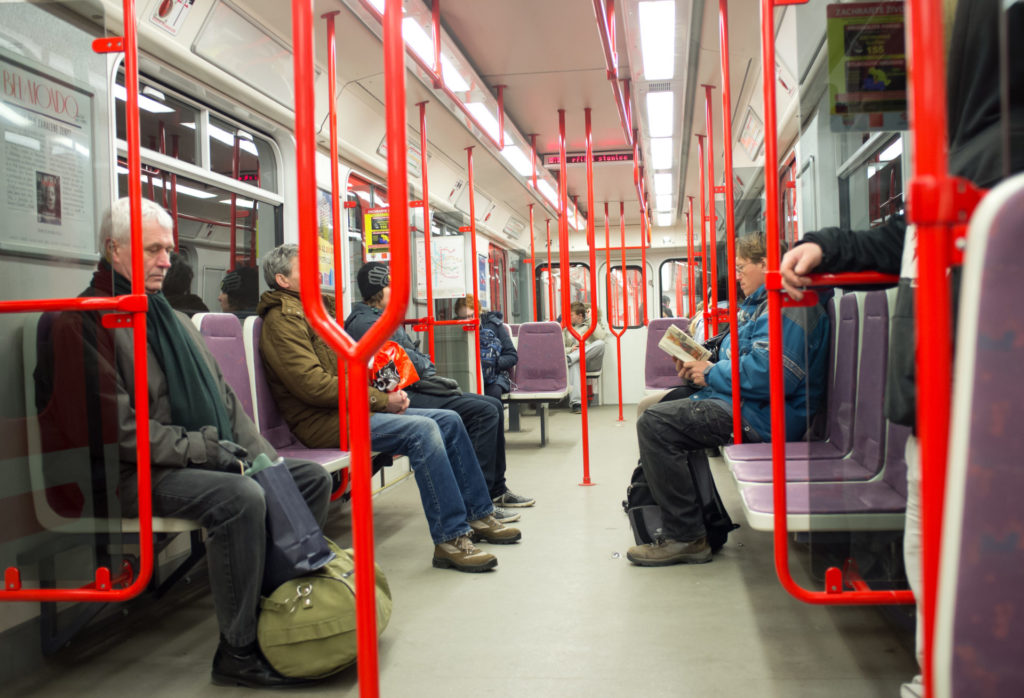 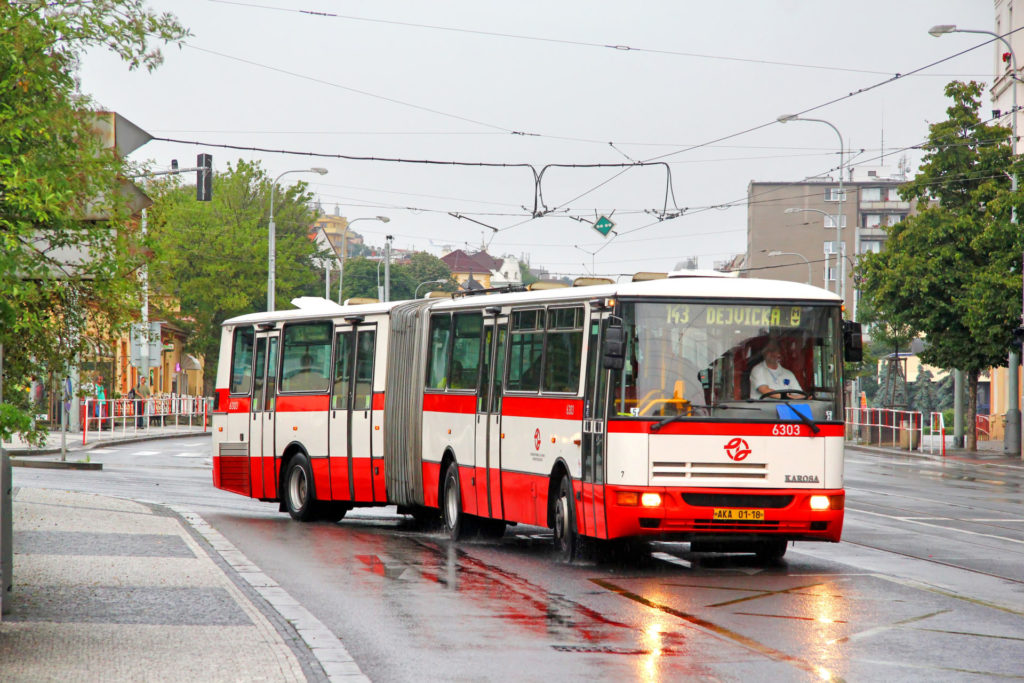 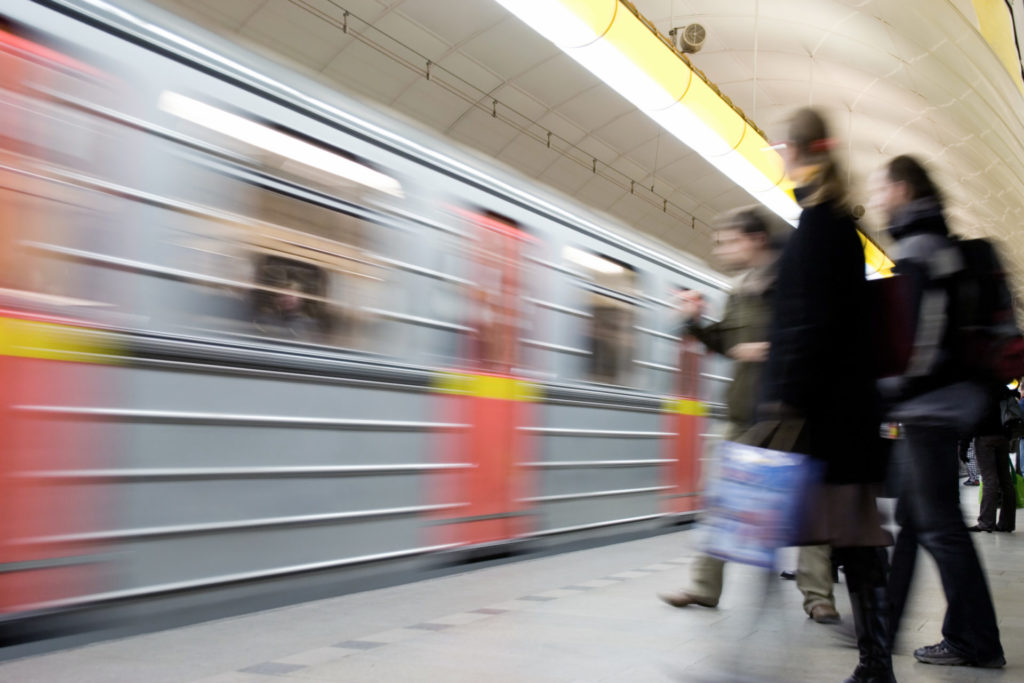 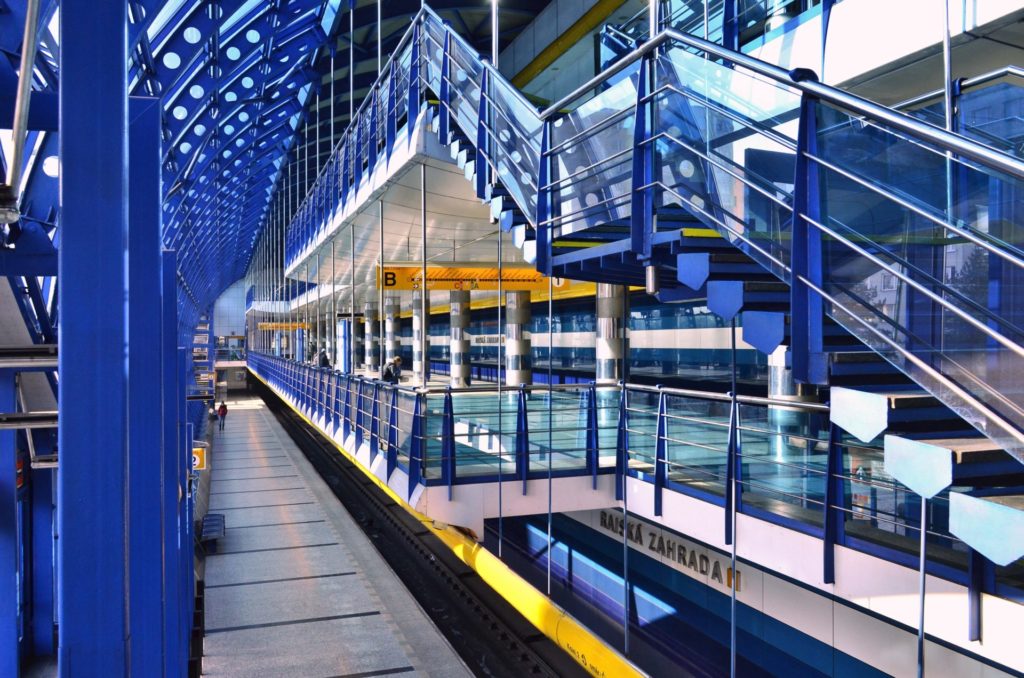 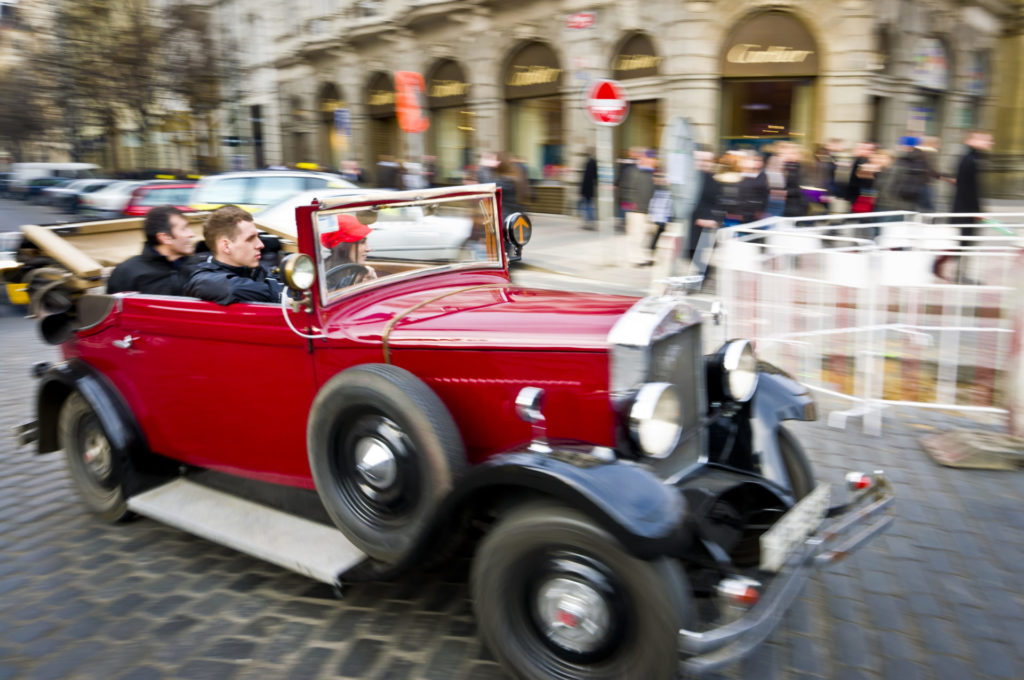 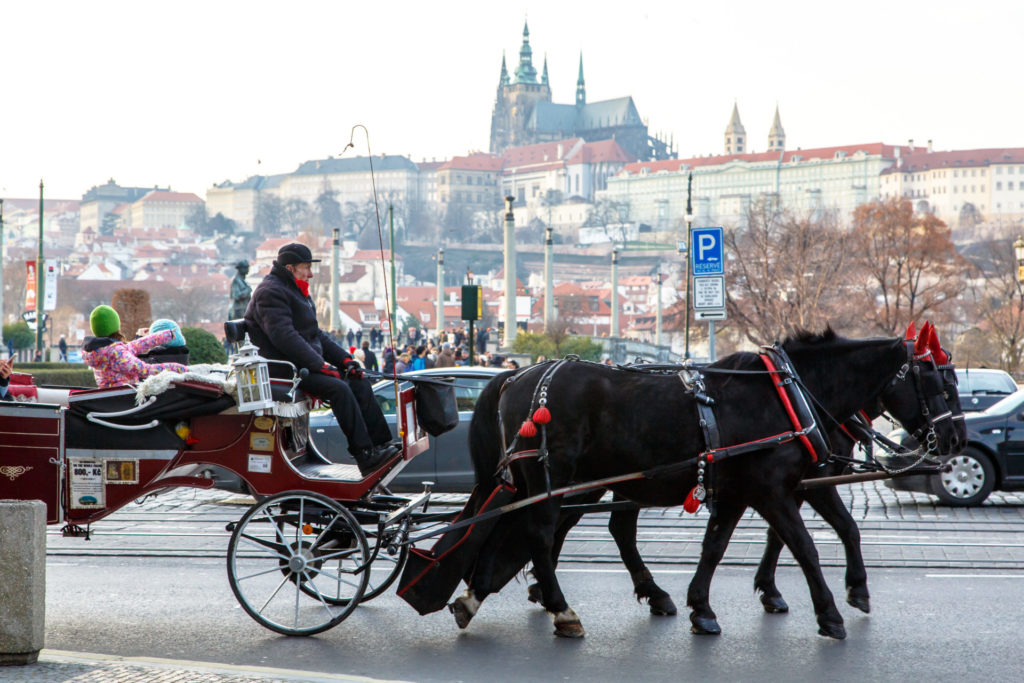 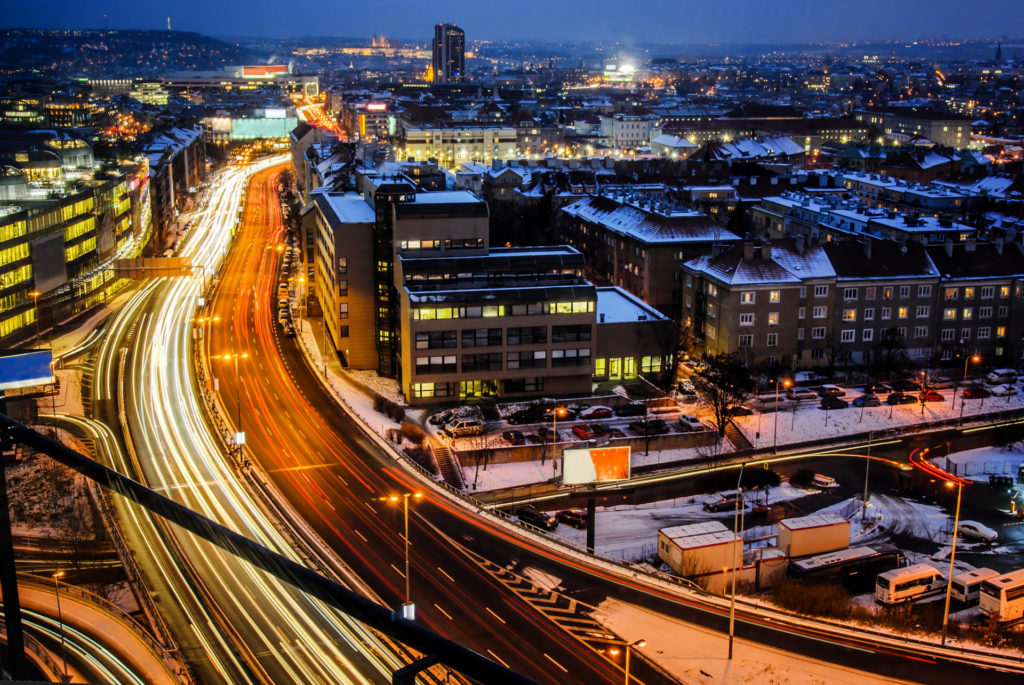 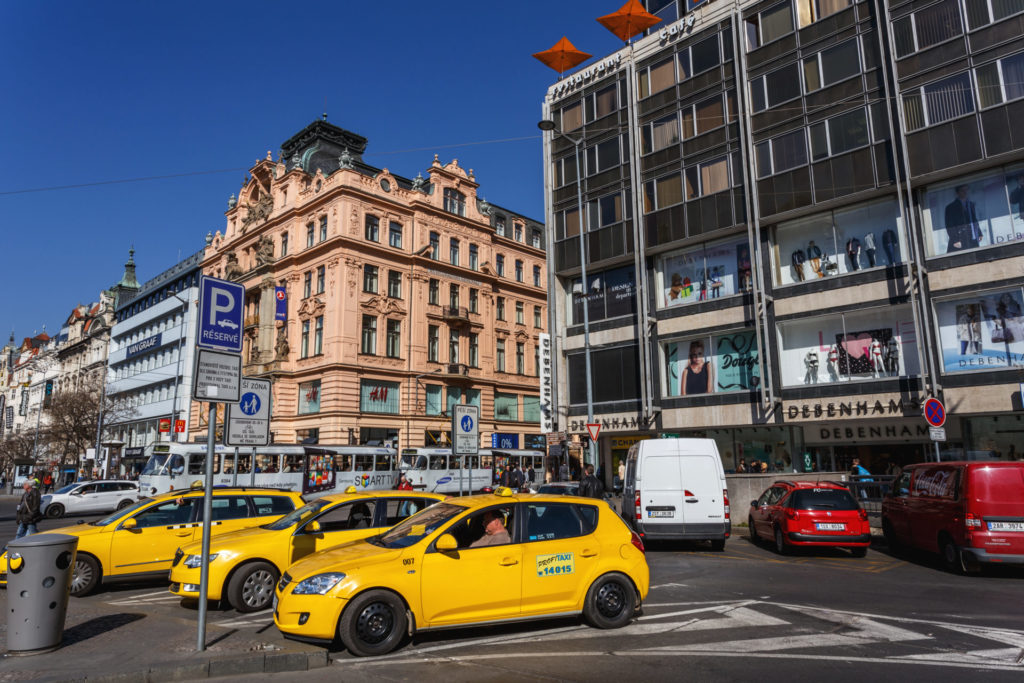