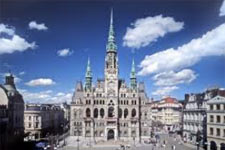 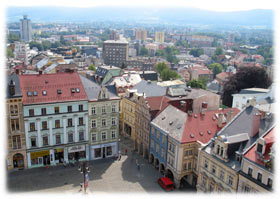 Liberec, located in northern Bohemia, is a historically significant city due to the legendary success of its’ textile products. The town evolved primarily in the nineteenth century, when its’ industrialists’ wealth resulted in the development of its’ picturesque architecture. These days, lots of tourists visit Liberec, particularly throughout the yearly winter ski-jumping tournaments, for a soothing holiday going to the city’s massive Aqua Park, or while on their way to any of the ski resorts nearby. Liberec is situated one hundred kilometres to Prague’s north, or an eighty minute drive from the Centrum in Prague. Because of its’ position, it is also a fairly reasonable city to take a day trip to.

Liberec Aquapark. This covered waterpark has swimming pools, waterslides, the thrilling space-bowl, a romantic cave, sea aquariums, a wave pool, geysers, massage facilities and more. It is particularly fun for children. The Aquapark is located in the southern end of Liberec, in the Babylon Centrum Complex.

Liberec’s most noticeable landmark is the mountain of Ještěd. Since 1973, this has had a structure that combines a Television broadcasting tower with a hotel on top of it. This is possibly among the most celebrated European Functionalism designs. The building looks like a space-ship, and the interior of it resembles something out of a science-fiction movie. This building was actually the inspiration for a book and a movie called Grand Hotel, the story of which happens inside of it. There is a big centre for skiing, in the hotel’s immediate vicinity, consisting of several kilometres of ski-slopes. Should you desire your holiday to include an outer-space, science-fiction element, Ještěd is certainly the area to book your hotel. 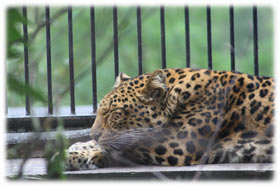 Nonetheless, Liberec also has plenty to offer for people with different tastes. The Botanical Garden is a must-see, which ranks amongst Europe’s most beautiful and significant scientific projects. The greenhouses in it offer plants from literally all across the globe, and inside its’ original Flower Selection pavilion, magnolias can be discovered which are more than two hundred years old. This means that they are the most respected in Europe. Close to the Botanical Garden is the Zoo of Liberec, which proudly breeds white tigers.

Not far from these 2 sights of natural wonder, you can visit the Golden Lion (Zlatý Lev) Grand Restaurant and sample a sirloin steak and bread dumplings in traditional Czech style.

A brief journey from Liberec brings you to the Jablonec nad Nisou town, which is a traditional Czech jewellery centre. Even the most powerful sheiks of Arabia liked the world-renown jewellery produced from this town. Here, you can go to Muzeum Skla a Bižuterie (the Glass and Jewellery Museum) and witness its’ beautiful exhibition about glass-making history and one of Central Europe’s finest collections of buttons for clothing. For the journey between Liberec and Jablonec nad Nisou, you can take an inter-city tramcar narrow-gauge ride, that will ferry you through beautiful foothill valleys of the mountains of Jizerské. 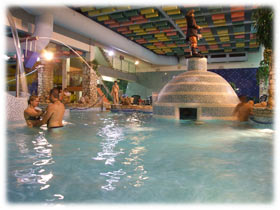 Should you enjoy frolicking and swimming in water, or if the weather puts you off outdoor exploration, then you can go to the Czech Republic’s biggest water park – the Babylon centre. This not only has a floor space of more than 30000 square metres packed with saunas and swimming pools, but it also features about thirty restaurants and cafés, a salt-iodium cavern and a bowling alley. The Babylon entertainment centre also functions as a hotel, and this can be your own personal base for exploring all of the wonders of Liberec.

Located 180 km from Prague, it is one of a few towns that have still retained its own medieval nature. Cesky Krumlov is in the charming South Bohemian countryside nestles in a bend of the Vltava River. The town is called the pearl of Bohemia. Its historic centre was listed in the 1992 UNESCO World Cultural and Natural Heritage List. The town is dominated by two national cultural landmarks - the castle and the Gothic church of St.Vitus.