If you’re thinking of booking a room in advance or planning a long-term stay, it’s important to know a little about Prague’s various areas and postal districts. From 1960 to 1990, Prague was divided into ten districts, and most Praguers refer to their area either by name or by the old postal districts, which still appear on street signs and addresses. Later, those districts were extended from ten districts to twenty-two districts, while from the traveller’s perspective, only the first ten are good choices when seeking accommodation in Prague.

Prague 1 covers all of the old city on both sides of the river and half of Nové Město and is generally the most expensive part of the capital in which to sleep. However, anything in this area will be within easy walking distance of the main sights and save you from the public transport hassle.

Prague 2 is another prime central area, taking in the southern half of Nové Město and western half of Vinohrady, a nineteenth-century desirable residence with good metro connections.

The less respectable, eastern half of Vinohrady in Prague 3 is well served by the metro. Žižkov, on the other hand, is a grimy, more working-class district, connected to the centre by trams.

It covers a wide area in the southeast of the city, stretching from half-decent, predominantly nineteenth-century suburbs such as Nusle, Podolí and Braník to the grim high-rise pre-fabricated communist-era houses of Chodov and Háje. However, even if you find yourself in the latter two areas, you can be sure of quick metro connections to the city centre.

A vast area in the hilly southwest of the city, with clean air and attractive family villas predominating, and a metro line running through some of it. The area closest to the city is Smíchov, a vibrant, late-nineteenth-century district with cheaper than average accommodation options.

The perfect, hilly villa district to the north of the centre, a favourite with foreign embassies and ex-pats. The metro only goes as far as the Petřiny, and travellers can enjoy high-speed connections to the centre.

The nineteenth-century suburb of Holešovice in the northeast is well served by the metro and trams. It might be a good budget choice. Meanwhile, the Trója district, home to numerous campsites, is almost rural and correspondingly difficult to get to.

The grid-plan streets of nineteenth-century Karlín are close to the centre and well served by the metro, which extends as far as Libeň; the rest of the area is not so aesthetically pleasing, though the metro reaches out into Kobylisy.

Dominated by factories, Prague’s 9th district, in the northeast of the city, is something of a last resort and not very appealing to tourists; however, with good metro connections, it’s easy enough to get into town at least.

Beware of Prague 10, which extends right into the countryside; areas like Strašnice and Vršovice in the southeast of the city are slightly closer to the centre of things and are served, in part, by the metro. 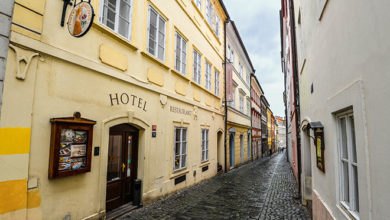 Hotels That Are Recommended 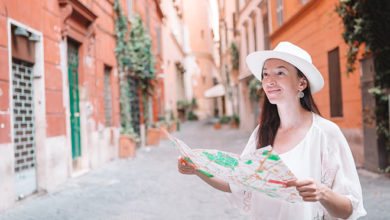