Bohemia was being ruled by absent kings after George’s death till 1526 when the Habsburgs claimed the throne. This vehemently Catholic dynasty governed over the remnants of Rome’s Holy Empire and concentrated their efforts on guarding their borders with Europe against the significant threat from the Ottomans. At this time, the Protestant religion had developed into a potent influence, and Bohemia’s serious religious factions were just another problem that they had to contend with.

Emperor Rudolph the Second took to the throne in 1576 and changed the capital to Prague (from Vienna). Imperial sponsorship took the sciences and the arts to greater heights, and impressive Renaissance buildings added to the city’s splendour. Rudolph’s main achievement was a law allowing free religious expression to both Protestants and Catholics. Nonetheless, this law was not continued by Ferdinand the Second, the Catholic king that took the throne in 1611, and the simmering religious bickering soon mounted.

The 1618 defenestration triggered the ill-fated 30 Years War. Frederick of the Palatinate, a new king, was elected. However, during 1620, his Protestant forces were ousted by imperial forces upon a low hill outside Prague. This ‘Battle of White Mountain’ is regarded as among the worst days in the country’s history. The aftermath was blighted by public executions of prominent Protestants and expulsions, from Prague, of anyone who refused to be a Catholic.

The decisive victory of Ferdinand dramatically altered the now-weary state of Prague. Subsequent historians described the following period as `Darkness’, an era when the Czech people were an oppressed majority within their own country: Their rulers either killed or expelled, their language side-lined, and their religion of choice banned. This was largely true. Seized Protestant estates got sold at reduced prices to supporters of the Habsburgs, who were mainly foreigners (especially Germans). German was adopted as polite society’s language, and, eventually, Czech was only spoken by the urban poor and peasants. Other religious groups, like the Jesuits, tried to eradicate the last remnants of Protestantism. But, it was not all doom and gloom. After the country emerged from many years of conflict, a construction boom transformed the countryside and cities with the wonders of Baroque architecture and art. Nonetheless, tensions between Prague’s Czech speaking and German-speaking citizens would remain well into the twentieth century and have had far-reaching consequences.

Trapped inside Prague Castle with their vengeful Protestant enemies on the 23rd May 1618, 2 petrified imperial officials cried for mercy, but their cries fell on deaf ears. Forced onto the window with their unlucky secretary, they were pushed out, although 1 of them desperately clung onto the sill until he was bundled out by a swift blow from a knife. Their fall into the moat a long way below ought to have been enough to kill them; however, they survived and managed to make their escape to everyone’s amazement. The Catholic account of the incident states that their fall was broken miraculously by the Virgin Mary. The Protestant, and possibly more believable, account states that the huge quantity of rubbish built up in the moat had broken their fall.

The Nation Awakes in the Twentieth Century

During the eighteenth century, the rule of the Habsburgs started to become more liberal, particularly during Emperor Joseph the Second’s reign (1780-90). His education system reforms created a generation of Czechs who were literate and who became more aware of their previous history and their current oppression. Throughout the early nineteenth century, an intellectual elite appeared, bringing the Czech language back to prominence, promoting its’ literature and lobbying for Czech rights in the Empire. At the century’s end, Prague, that Emperor Franz Josef described previously as ‘every bit a German city’, had been passed entirely into the control of Czech people; German street signs had gone, and grand buildings, such as the National Theatre and National Museum reflected an increasingly confident Czech nation.

Once Archduke Franz Ferdinand, who was the heir to the throne of the Habsburgs, was killed in June 1914, the Austro Hungarian Empire got immersed in World War One. Out of the remnants of a conquered Austria-Hungary, the independent Czech Republic was declared in October 1918, consisting of Moravia, Slovakia and Bohemia. Tomáš Masaryk, an esteemed philosophy professor, was the first republic’s initial president. 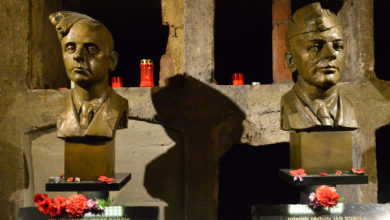 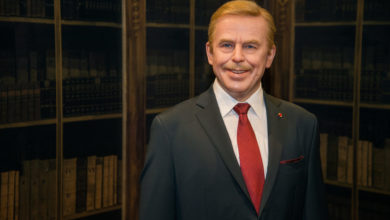 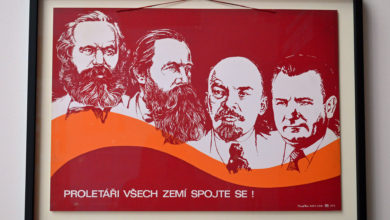 Prague Under the Communist Regime 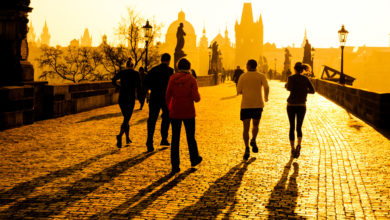