Situated about 170 miles (280 km) to Prague’s east in the centre of Moravia, Olomouc boasts an attractive town centre– in particular, the main square ranks among the country’s best and has been given World Heritage status by UNESCO. The town’s main square is surrounded by historic buildings dominated by the majestic Trinity Column, and the streets around are dotted with must-see churches, testifying the city’s long history as a bastion of the Catholic Church. On every visitor route is the ancient Olomouc Castle with Archdiocesan Museum.

Nonetheless, in contrast to other ancient and picturesque Czech hamlets, it is also accustomed to staying up late due to its university student population. Walking across the main squares in an evening (Olomouc has three, stretching downwards from Václavské náměstí all the way to Horní náměstí and Dolní náměstí), you will notice groups heading off to the newest hip club or bar. Overall, this town is a welcome break from Prague, whilst also serving as a nice stop-off location on the route to Poland, the mountains of Jeseniky or the splendid Bouzov Castle just close by. The city is sufficiently small for people to be able to comfortably walk around it.

Olomouc is one of the Czech towns where an overnight stay is recommended, as there are loads to see by day and great restaurants and microbreweries to be discovered in the evening.

Legend has it that Olomouc, which is among the oldest towns in Moravia, was originally established by Julius Caesar. Actually, though, it came into existence as a major centre during the seventh century. Olomouc dates back to 1017 (at least) when it was a prized city during the Czech Přemyslid land grab – which finished Great Moravian rule. Throughout the Hussite conflict, this town (similar to most of Moravia) was on the side of the Catholics and had Hussite rebels killed on its’ squares. It was rewarded for this with 12 attractive churches. These days, it is a vibrant and prosperous industrial town, off the major tourist trail, that still retains its’ picturesque religious monuments.

Prague to / from Olomouc. Alternative to train or bus. Book cheap door to door private minibus.

Staré Město (the Old Town) is marked by a curve in the river Morava and is zigzagged by small lanes which wind up to Saint Wenceslas Cathedral (Kostel sv Václava). Without a doubt, this must have been the final thing that Václav the 3rd saw in 1306, prior to his murder in the chapter-house. This later inspired Mozart, when he was aged just 11, to write his 6th Symphony.

The nearby Přemyslid Palace, which has foundations that date back to 1204, is certainly an evocative construction with its’ Romanesque windows. However, it does not boast any other features that might cause the pulse to quicken. Elsewhere, do not pass over the socialist realist make-over of the Astronomical Clock Tower, in the Town Hall on Horní náměstí. This features a mosaic depicting a scientist uncovering a way to improve everyone’s quality of life using chemistry. It is a truly unique monument that is probably unparalleled throughout the world.

At the centre of the main square is the town hall, which dates back to the thirteenth century. This was significantly expanded during the fifteenth century when it obtained its’ wonderfully vaulted Gothic Debating Venue, its’ astronomical clock and the chapel which is dedicated to Saint Jerome. The massive sousoší Nejsvětější Trojice (Holy Trinity Column) at the town hall’s entrance features on the World Cultural Heritage listing by UNESCO. This instance of Baroque European sculpture was built from 1716 to 1717. Its’ 3 tiers are adorned with historical saints and figures. The market square boasts 3 of the 7 Olomouc fountains. The Caesar Fountain is the biggest of these and was constructed in 1725 by Jan Schauberger. It sports an equestrian statue of this legendary town founder. The other 2 are the Hercules Fountain and the Arion Fountain. Upon these, the hero is displayed holding the symbol of the town – a white eagle.

The Dominicans came to Olomouc in around 1240 and soon started to construct their monastery and their Church of Saint Michael (sv Michala) on the most elevated site of the town. During the fourteenth and fifteenth centuries, the church was ruined by fire, and during the seventeenth century, it was damaged by the 30 Year War. From 1673 to 1699, it was rebuilt in Baroque style. Giovanni Pietro Tencalla, the architect, designed the 1st 3-dom Moravian edifice. Many of the furnishings are dated from the Baroque era, including organs by Augustine Thomas Berger and Josef Sturmer. The primary façade of this building was adorned, in 1829, with statues of the Saviour and the Virgin Mary, sculpted by Ondřej Zahner during the eighteenth century. These statues are a great example of Baroque styles in Olomouc. Opening times: 10:00 to 12:00, 14:30 to 15:30 Wednesdays, 14:30 to 15:30 Fridays. Address: Žerotínovo náměstí.

Few traces still exist of the Roman style church, which was constructed on this site in 1107. The shape of the current church (sv Václav) reflects the wishes of Archbishop Bedřich Fiirstenberg. Fiirstenberg ordered the reconstruction of the church in 1883-1892, in a Neo-Gothic style. One thing worth mentioning is that the Roman-style palace, adjacent to Saint Wenceslas Cathedral, is one of the most beautiful buildings in Olomouc. This was constructed by Bishop Jindřich Zdík after 1126. At the time, this was among Europe’s most splendid pieces of residential architecture. Opening times: Every day. Address: Václavské náměstí.

With its’ 2 asymmetrical towers, this massive fifteenth-century edifice bears a striking similarity to a fortress from medieval times. This church (sv Mořice) features some unique architectural details in the shape of an external stairwell enclosed inside a circled cage. The impressive interior is adorned with a huge wall painting from 1505 and some picturesque stained glass windows. The organ of the church, made in 1745 by Michael Engler (the Silesian organ builder), is Central Europe’s largest. Address: Eight Května. Opening times: 09:00 to 18:00 each day.

Among the most beautiful buildings in Olomouc is the Roman style palace, adjacent to Saint Wenceslas Cathedral. It was constructed by Bishop Jindřich Zdík after 1126. At the time, this was among Europe’s most splendid pieces of residential architecture. With their wonderfully crafted Roman-style columns and windows, the rooms of the bishop are unequalled in the Czech Republic. In 2006, the Archdiocesan Museum of Olomouc opened. This features some lovely paintings which were collected by the bishops of Olomouc. The Mozarteum concert venue is also worth a visit. Opening times: April to September: 10:00 to 18:00, Tuesdays to Sundays. Address: Václavské náměstí

The employees here can reserve rooms and book trips to Bouzov Castle, on the outside of town. Also, you can obtain complete listings of clubs, eateries and concerts in the area. Opening times: 09:00 to 19:00 each day, (www.olomouc.eu). Town Hall, Horní náměstí.

Try Olomoucký sýr – the smelliest cheese in the Czech Republic.

Via bus – 4 buses leave Florenc station in Prague for Olomouc each day. This trip lasts about three and a half hours.

Via train – Trains depart each hour from the primary train station, and it takes approximately three hours to get to Olomouc. 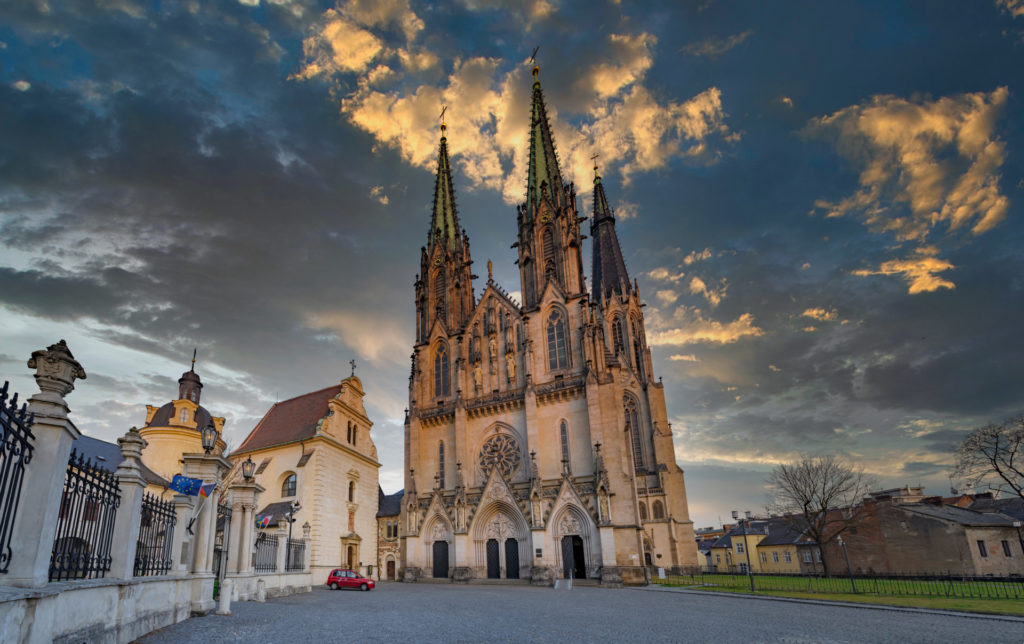 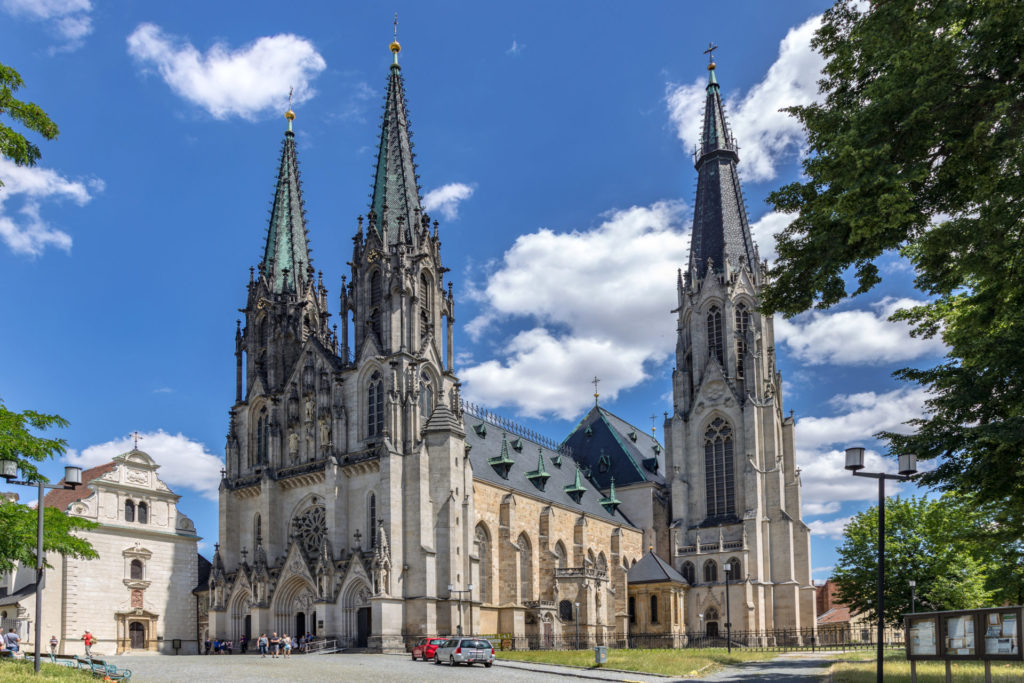 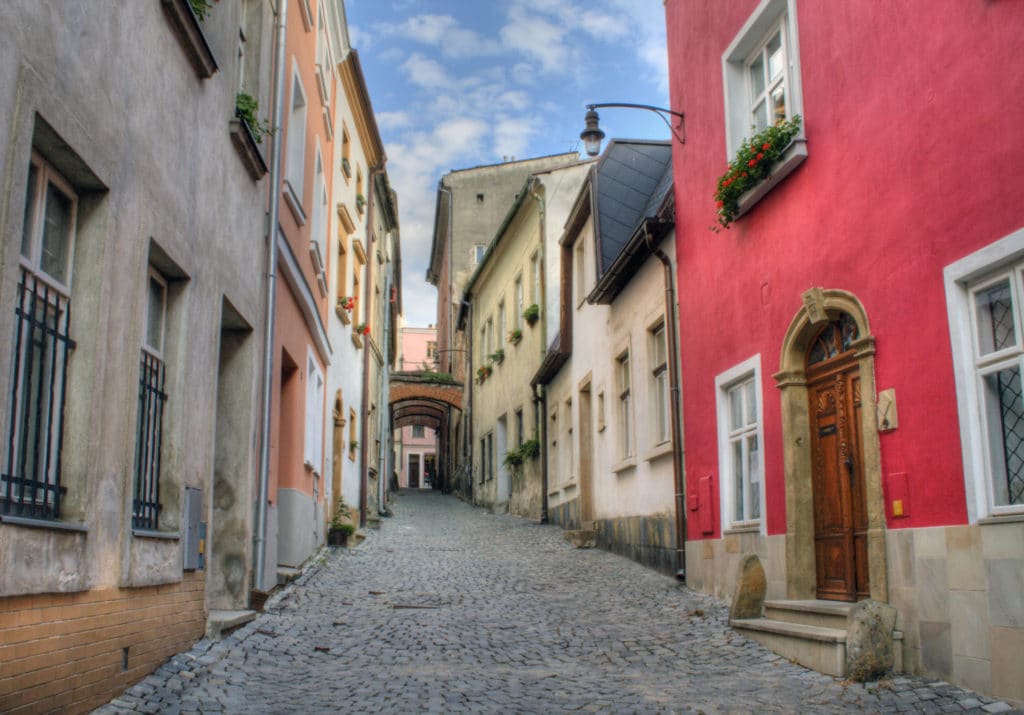 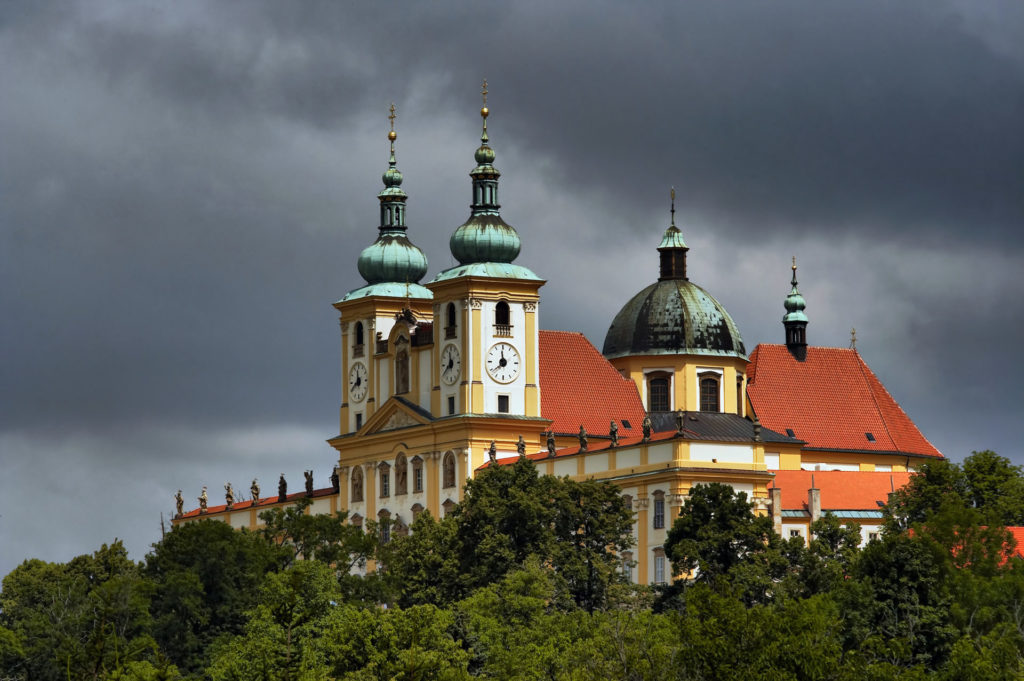 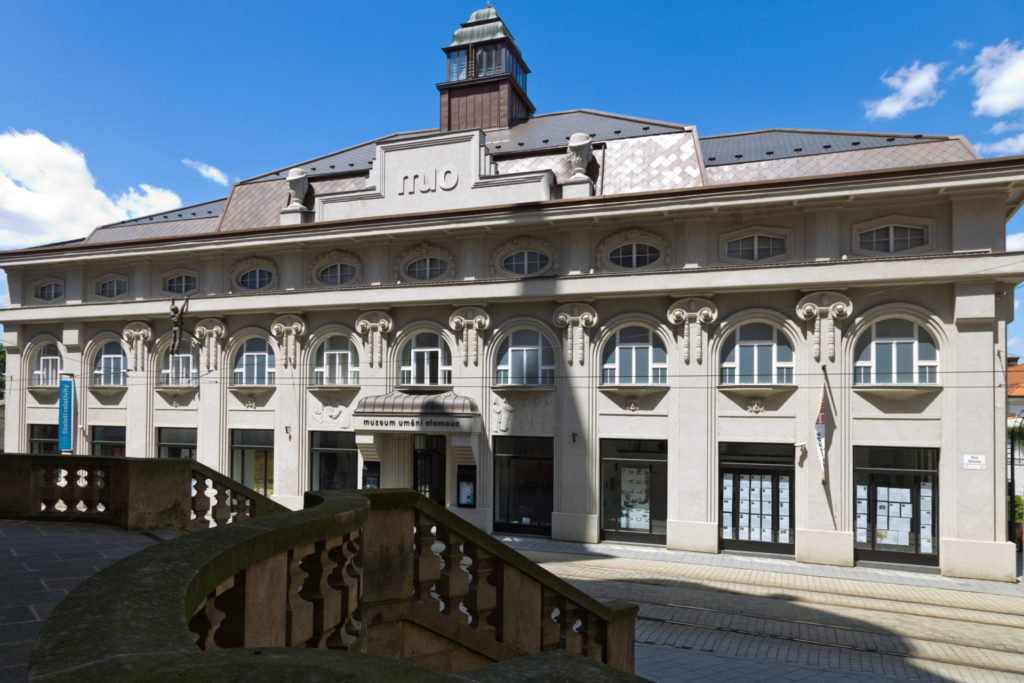 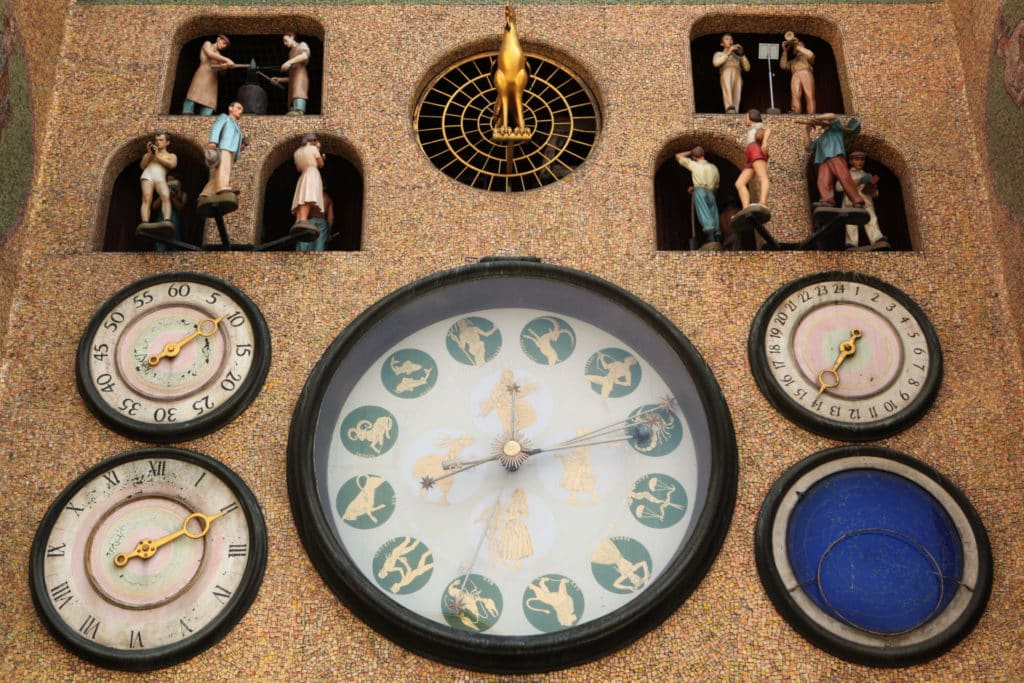 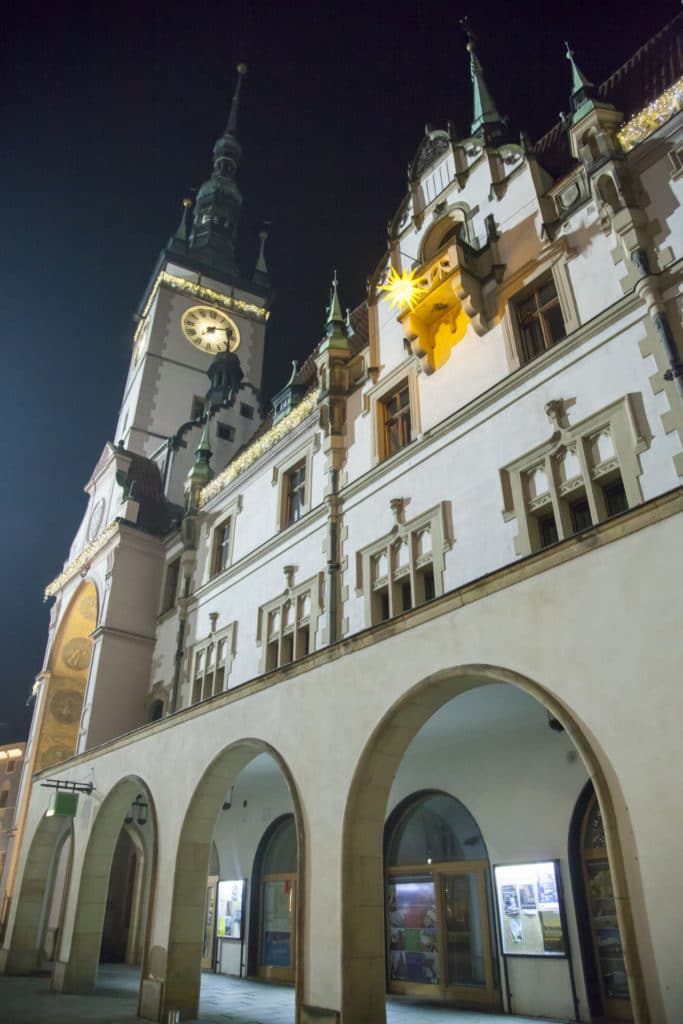 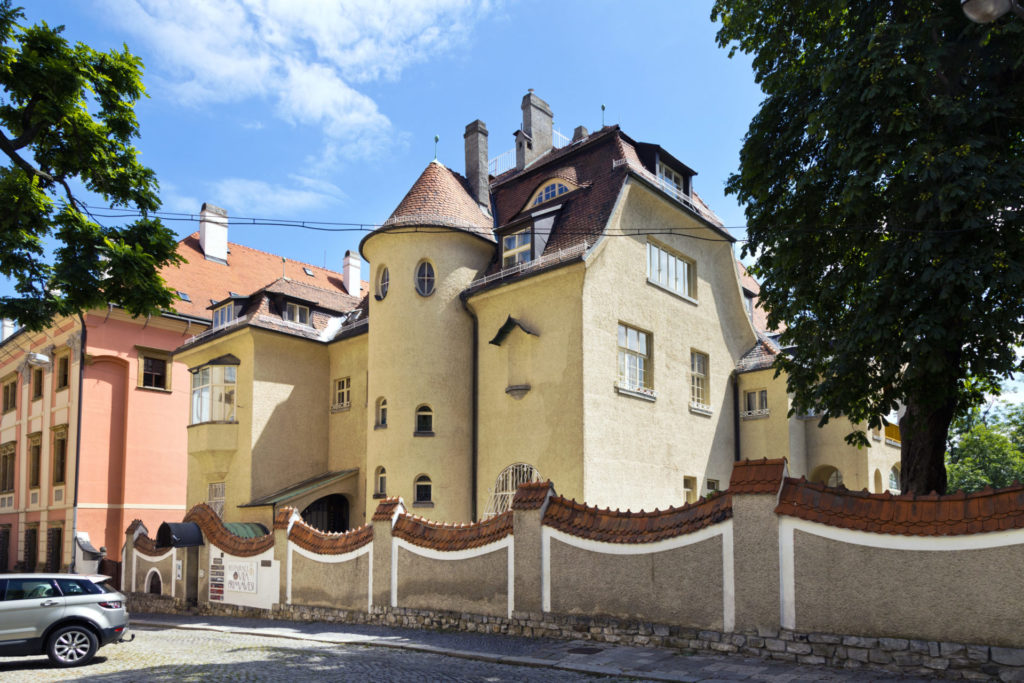 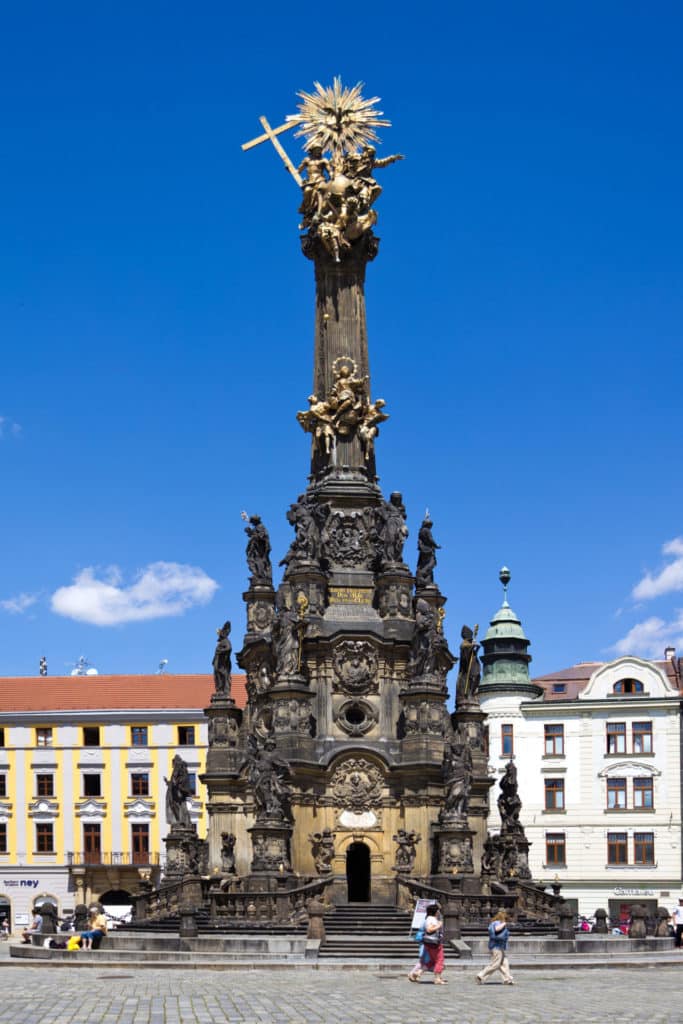 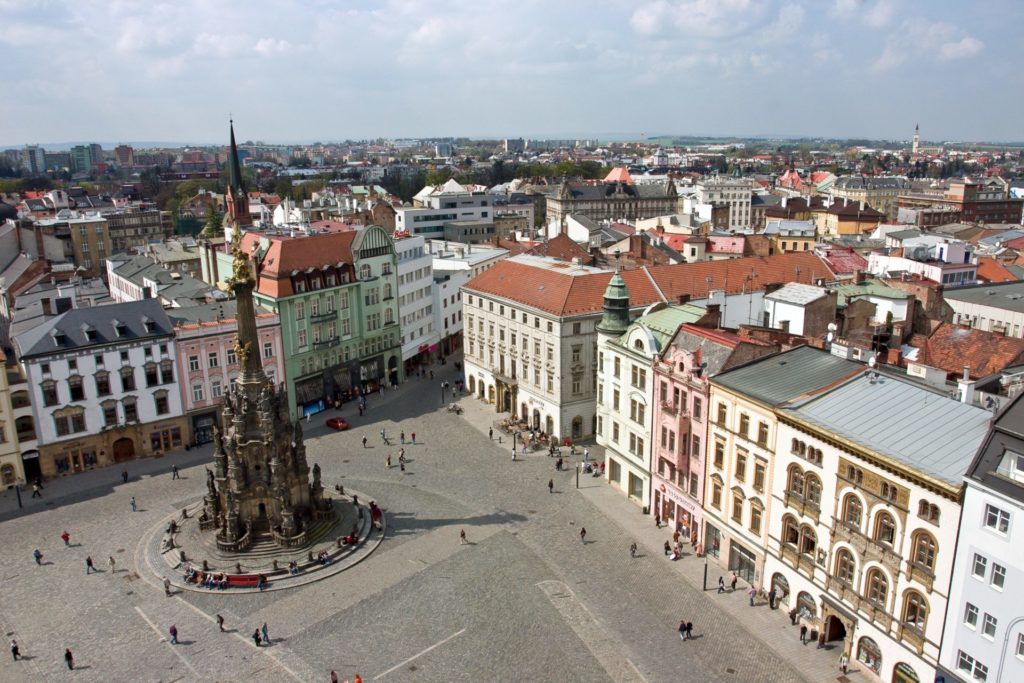 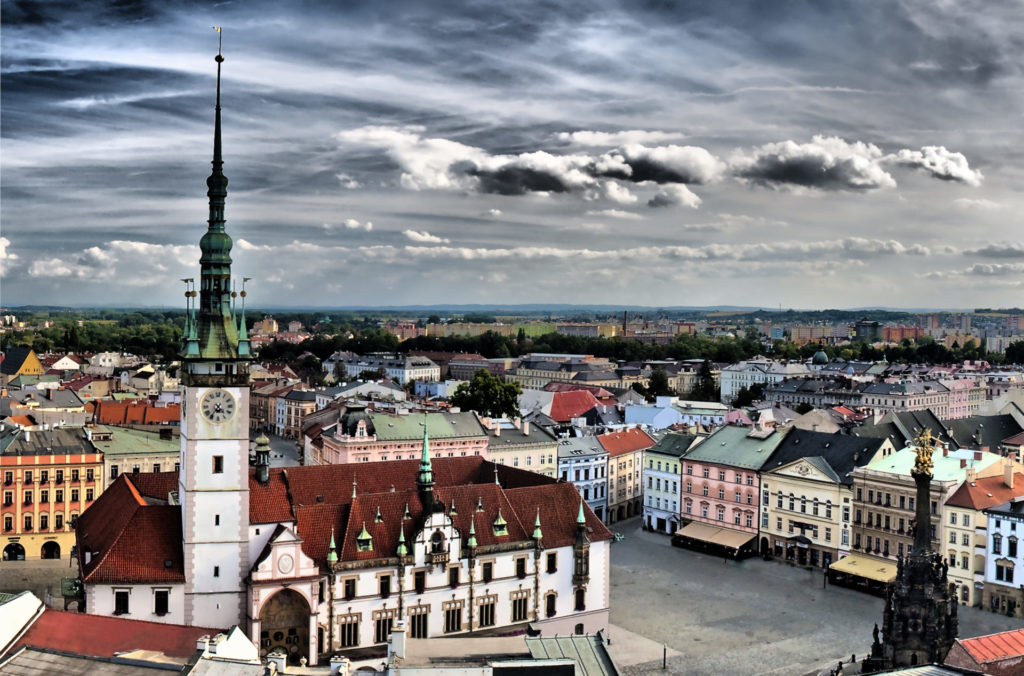 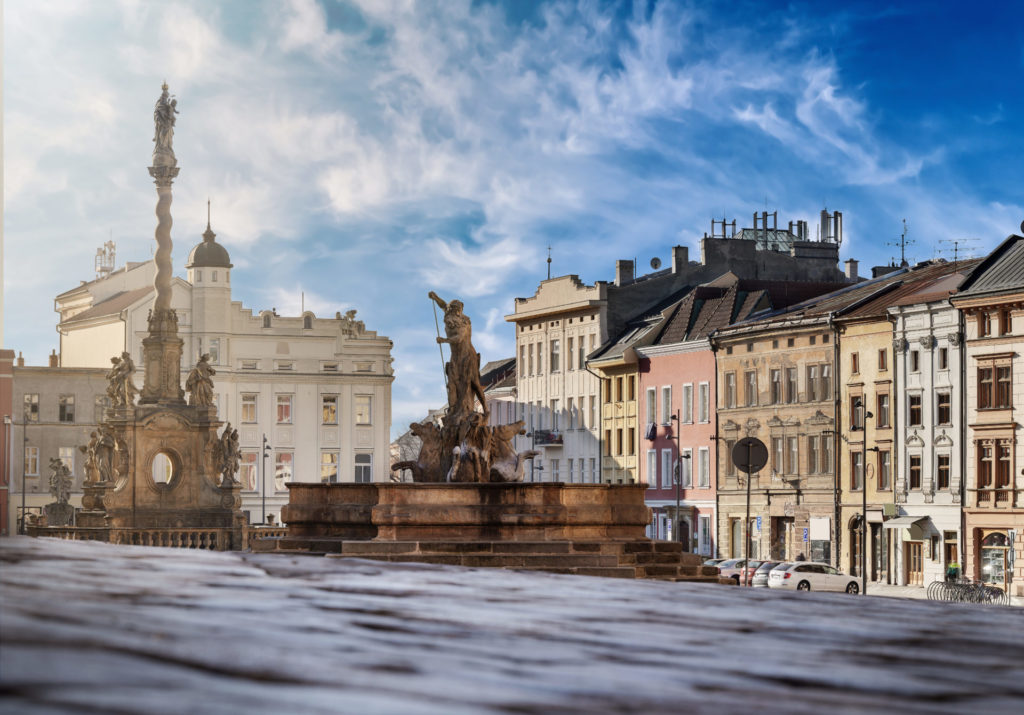 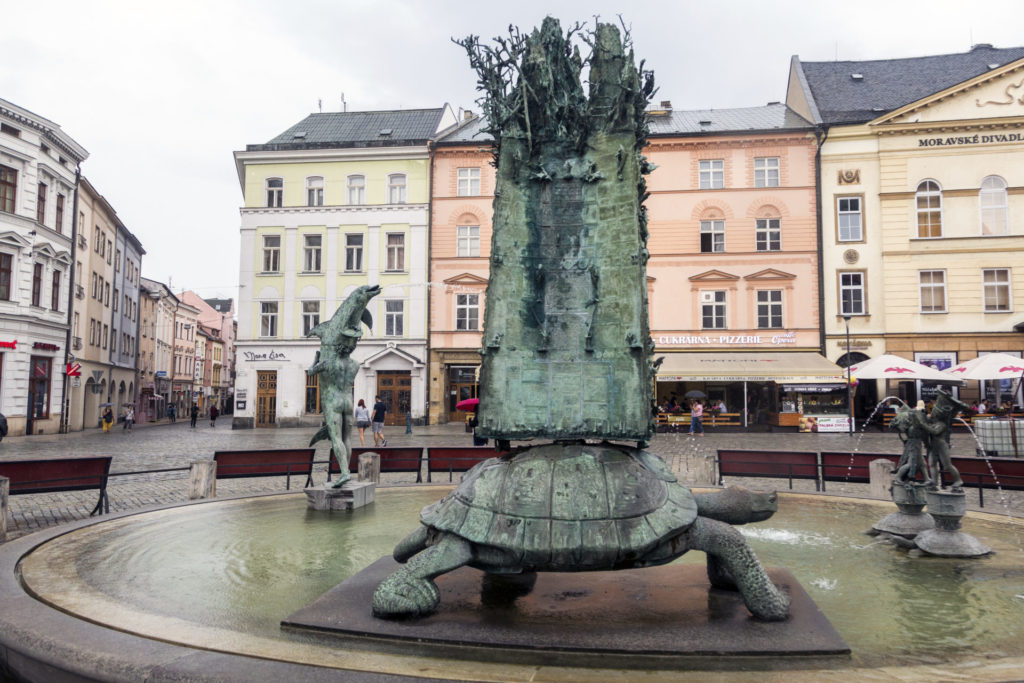 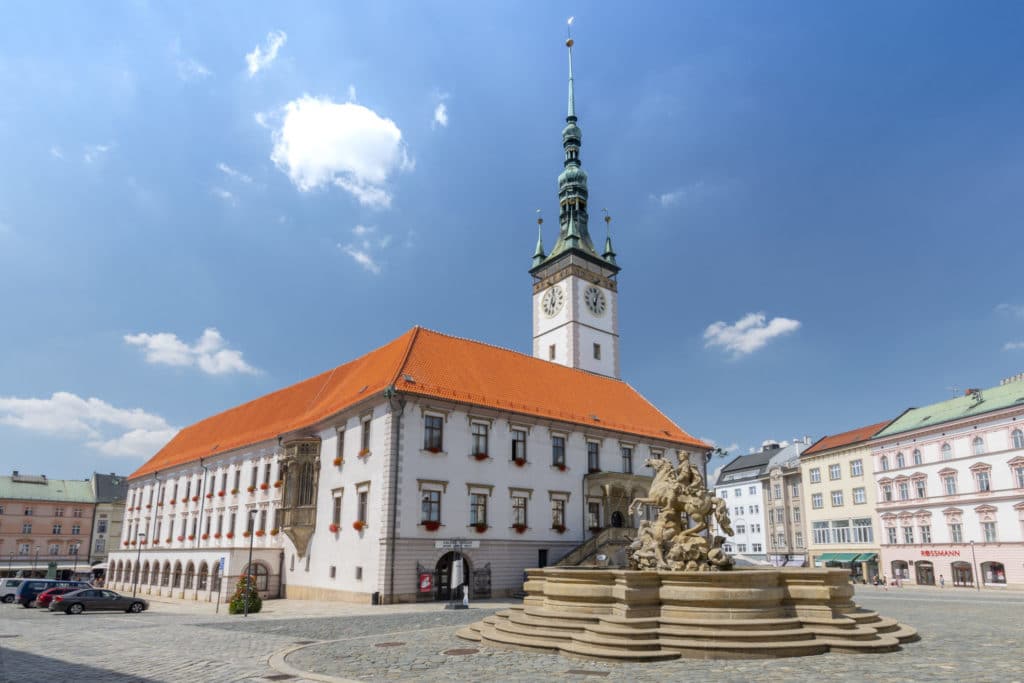 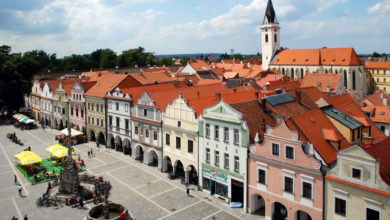 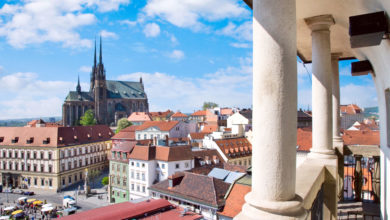