January is actually a great time to visit Prague, with a number of events coinciding with the New Year’s holiday.  In addition, it can be cheaper to visit the city during this time thanks to deals on both airfare and hotel rooms.  However, the weather can be very cold and downright freezing during this time frame.  The average afternoon high in this month is right at the freezing mark with an average overnight low of -5.4 degrees Celsius.  While it can be very cold, it is relatively dry with an average of 23 millimetres of precipitation.  The city can be beautiful in the snow and if you don’t mind the snow, be sure to check out the markets and stands that sell warm treats like “trdelnik”. 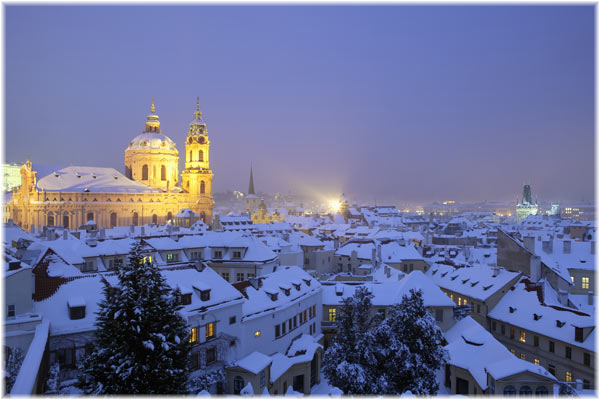 Tourism in Prague during February usually takes a dip because of the weather.  At this time, deals about accommodation in hotels and even last-minute deals can be easy to come by.  In February, many hotels will offer three nights for the price of two, but keep in mind that tourism will begin to pick up around the last week of the month, mainly thanks to an influx of European travellers.

The weather will warm up slightly during the daytime hours in February compared to January, but afternoons are still chilly with an average high of approximately 3 degrees Celsius.  Overnight temperatures will still fall well below freezing, with an average low of -4 degrees.  While the month is also relatively dry, there can still be several rounds of rain and snow.

Tourism begins to pick up in March, but it is still possible to score numerous good deals if you act quickly.  March is typically still cold, especially at the beginning of the month, with average afternoon highs of approximately 8 degrees Celsius and temperatures still falling below freezing during the overnight hours.  Be sure to pack plenty of warm items as well as some raingear as moisture begins to pick up in March.

April is the unofficial start to the city’s tourist season as temperatures begin to warm and Easter is around the corner.  The city sees numerous Easter events such as wonderfully beautiful painted eggs and Easter markets full of goods and food.  April sees mild conditions with an average high of 13 degrees Celsius and overnight lows above freezing at 3 degrees.  With this mild climate, April is one of the best times to visit the city.

The weather in May is the best that those looking to visit Prague will see all year.  The weather is warm but not hot, and with flowers blooming, the city is a wonder of being explored.  In addition, May is home to the Prague Spring Music Festival, which runs from the second week of the month to early June.  With the influx of tourists during this time, try to avoid the weekends for less crowded conditions or stay over until Tuesday or Wednesday.

The average afternoon high in Prague during May is a very comfortable 18 degrees Celsius with an average low of 7 degrees.  However, do keep an umbrella handy as May also receive an average of 77 millimetres of rain. 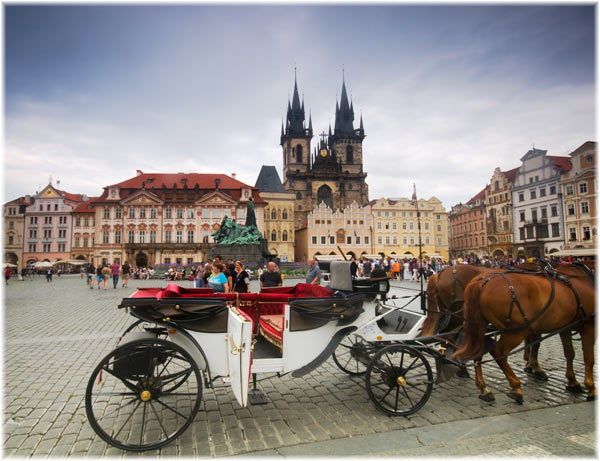 If you are headed to Prague in June, be sure to book early to get a good deal on both airfare and hotel rates.  The weather during this time of year is great, and at the same time, many people decide to take advantage of the nice conditions by eating and playing outdoors.  One drawback is that June can be somewhat on the wet side and averages 73 millimetres of precipitation.  Afternoon highs are quite pleasant, with temperatures averaging near 21 degrees Celsius and 10 degrees for average overnight lows.

July is considered one of the hottest months of the year, but that means that more people are enjoying the outdoors.  During this time, be sure to pack loose-knit clothing and items that can breathe, such as cotton, so that you can remain as cool as possible.  Don’t forget items such as shorts and light shirts.  However, a brief rain shower can cool things off quickly, bringing a sweatshirt or two just in case, especially for the early evening hours.

The average afternoon high in July is approximately 23 degrees, with an average overnight low of 12 degrees.  The month also sees an average of 66 millimetres of precipitation as afternoon and early evening showers are common.

The month of August is also known as one of the city’s hottest, and since this is the case, many residents leave the city for vacations elsewhere.  As a result, you can see the city when it is less crowded, and there are still plenty of activities such as garden tours or just sitting at an outdoor café and enjoying a Prague beer.

Afternoons in Prague can be warm during August, with an average high of 23 degrees.  The morning hours can be pleasant, however, with a low of 11 degrees Celsius.  The month also sees shy of 70 millimetres of rain.

September can be warm in the mornings but cool in the evenings.  Therefore, you will want to dress in layers to be comfortable no matter what the temperature is.  Because of nearly ideal weather conditions in September, the city is usually busy with tourists, especially over the weekends.  That can make it hard to find good last-minute deals, so be sure to book in advance.  Afternoons start turning cooler in September with an average high of 19 degrees and an average of approximately 9 degrees.  September is also relatively dry, with only 40 millimetres of precipitation.

The weather in October can be cool, but it is still a great month to visit Prague.   The crowds begin to dwindle, and you will need a light jacket to do any outdoor sightseeing.  The average high in October is 13 degrees, with a low of 4 degrees.  The month will only record an average of 30 millimetres of rain.

November brings a return to below freezing conditions, at least during the early morning hours.  In fact, snow can even occur during this month, and the city is usually under a deck of dark, grey clouds.  This month, however, is a great time to look at some of the nicer hotels in the city as they will be running great special to close the gap between fall and the start of the holiday season.  Be sure to pack warm clothes with an average high of only 6 degrees Celsius and overnight temperatures falling to the freezing mark.

The first half of the month can be quiet in Prague, but with the arrival of Christmas and New Year’s, things begin to pick up toward the last two weeks.  Be sure to bring warm clothes as the average high is only 2 degrees Celsius, and the overnight temperatures will fall to -3 degrees.  Snow can be common in December as the month receives an average of 25 millimetres of precipitation. 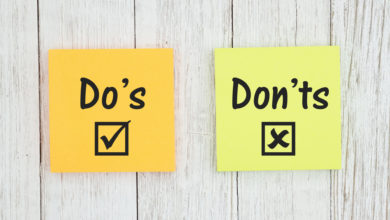 Things to Do & Things Not to Do 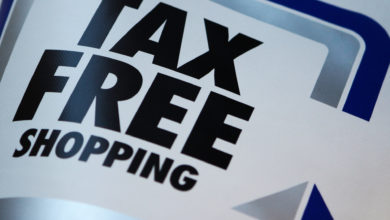 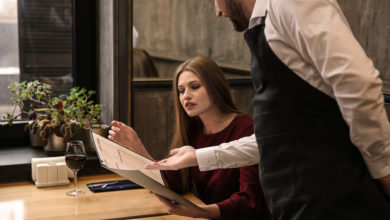 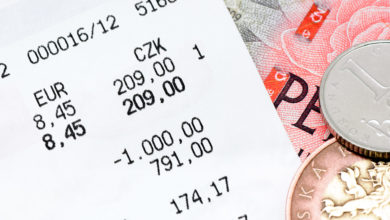