Traditional Czech food is a vegetarian’s nightmare, a cholesterol-laden menu of meat accompanied by high-calorie dumplings and preferably served with quantities of beer.

Ask any local people about the typical dish and nearly everyone will tell you immediately that it is “pork, cabbage, dumplings” (vepřo-knedlo-zelo).

But if you put aside your notions of healthy eating for a few days, you’ll find traditional Czech food to be very tasty. The country can boast some top-notch produce, from game to fish to smoked meats to wild mushrooms, and Prague’s top chefs are beginning to reinvent Czech cuisine with a lighter, more inventive touch.

There are also international restaurants in Prague to choose from if you wish to eat Asian, French, Italian, or the less known Afghan cuisine.  And of course not to forget pubs and restaurants serving classic Czech food.

If truth is known, Czech food can be just as tasty, or even more tasty, than the similar dishes of its neighbouring countries: Austria and Germany. Czechs have lots of recipes similar to Polish, Hungarian and German cuisine.

Most Czech cooking is not overly accommodating to vegetarians because much of the food contains pork sausages and streaky bacon. Pork is omnipresent, sometimes even in meals marked as having no meat in them. Nonetheless, the first public house favourite often is the meat-free smažený sýr (fried cheese), which is served on bread in the style of schnitzels. It’s normally served with chips and some mayonnaise.

Well-liked local meals include řízek (Schnitzel), sometimes made from kuřecí (chicken) or vepřоvý  (pork). These are fried and breaded and normally provided with a wedge of lemon followed by potatoes and roast pork, dumplings and goulash. Pork is ever-present, and the koleno (knuckle) is often a triumph of simplicity in the kitchen, with a crisp skin and juicy, tender pieces of meat that come easily away from the bone. Smoked knuckle tastes even better, and this is served, quite often, with just small pickles and a salad. Knuckle is frequently prepared in a dark beer to add a sugary taste to its skin. Obviously, this combines very satisfactorily with one that is cold.

It is not just the fact that Czechs enjoy beer so much but also a matter of price. A half-litre pint is cheaper than a glass of soda or a cup of coffee. The best-known brands are Plzensky Prazdroj (Pilsner Urquell) and Budejovicky Budvar (Budweiser), but just as good are Gambrinus, Krusovice, Radegast, Velkopopovický kozel or Staropramen. In general, cerne pivo (dark beer) is sweet, while svetle pivo (a light, golden-colour beer) is bitter.

Pork schnitzel – a slice of pork, breaded and fried

Roasted duck with sauerkraut and dumplings

Fried cheese – a thick slice of cheese, breaded and fried 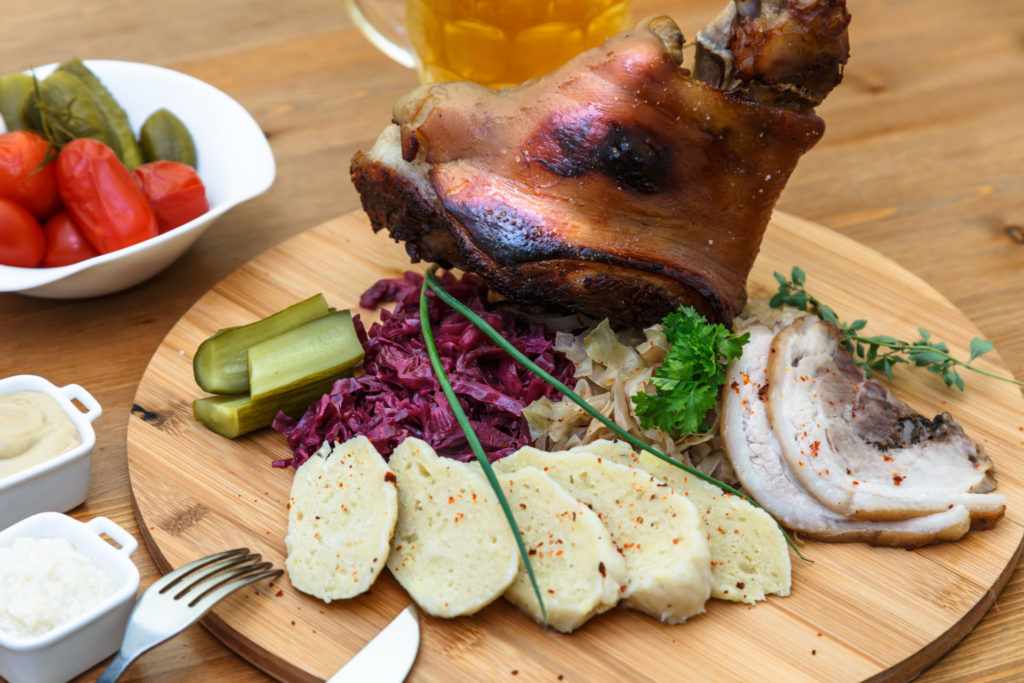 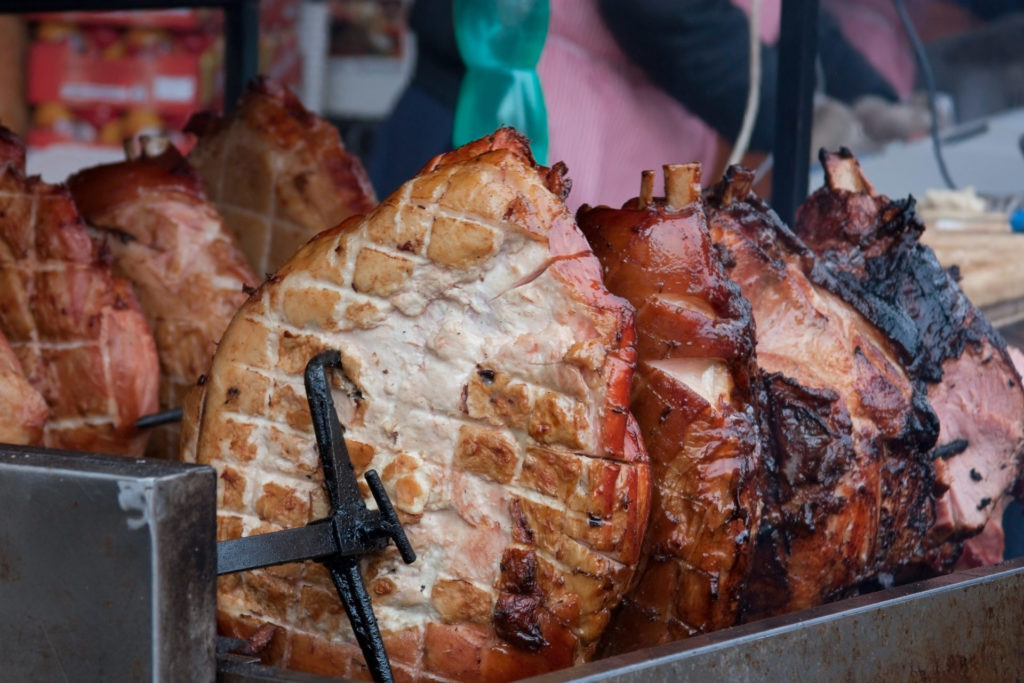 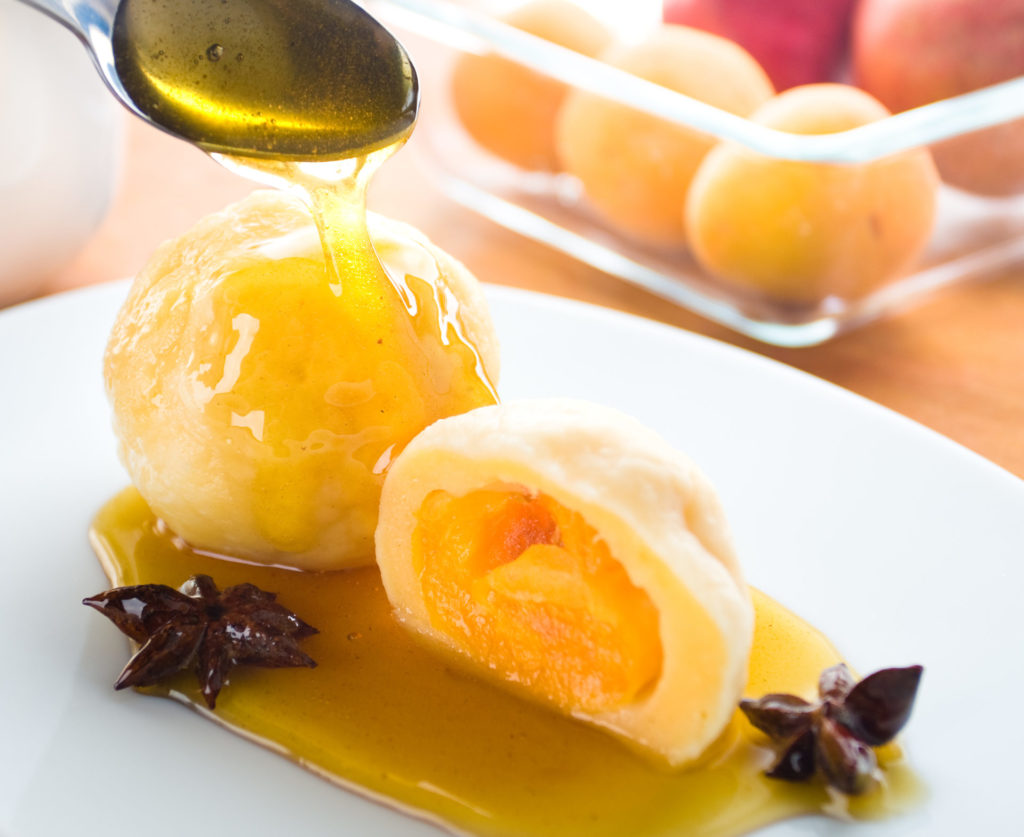 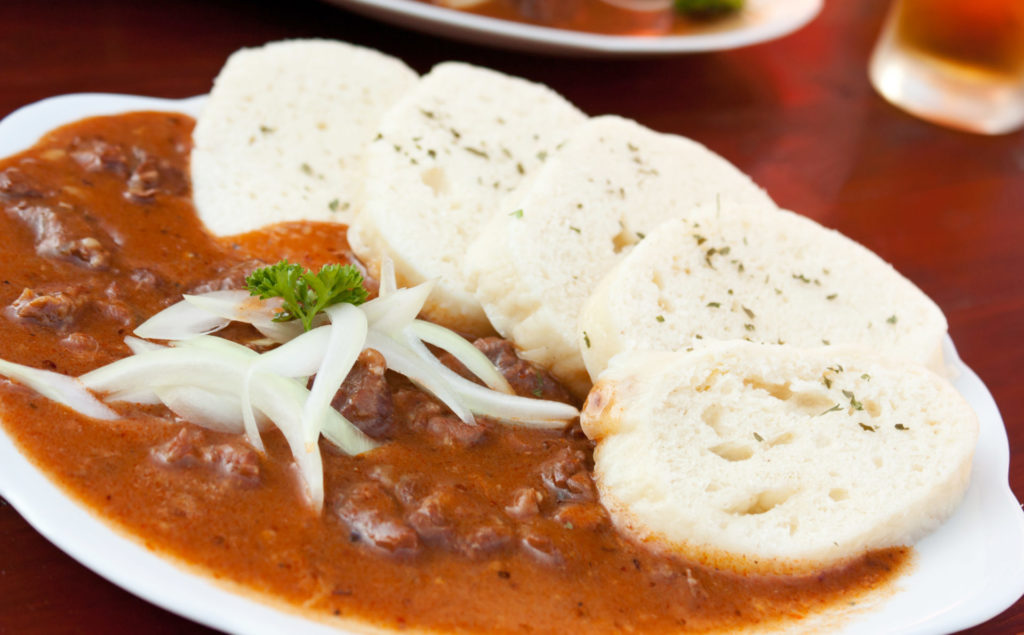 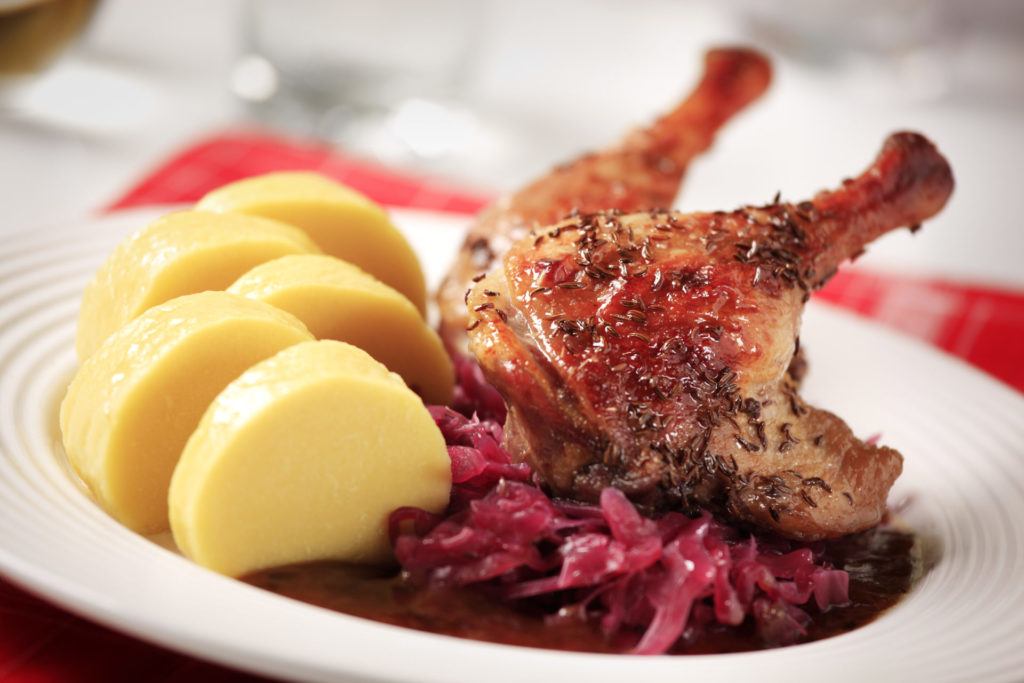 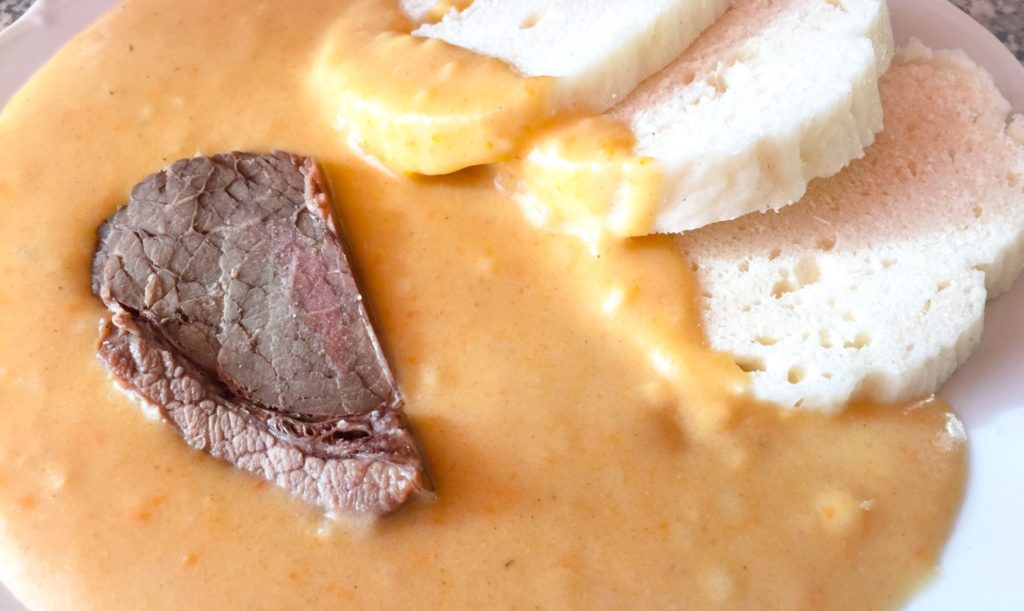 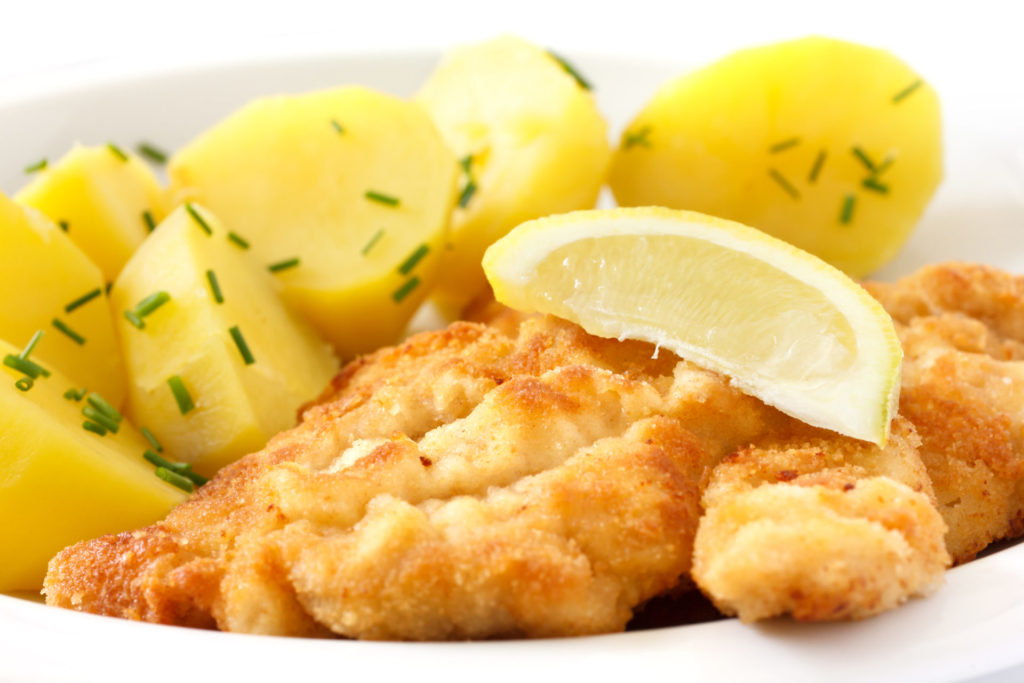 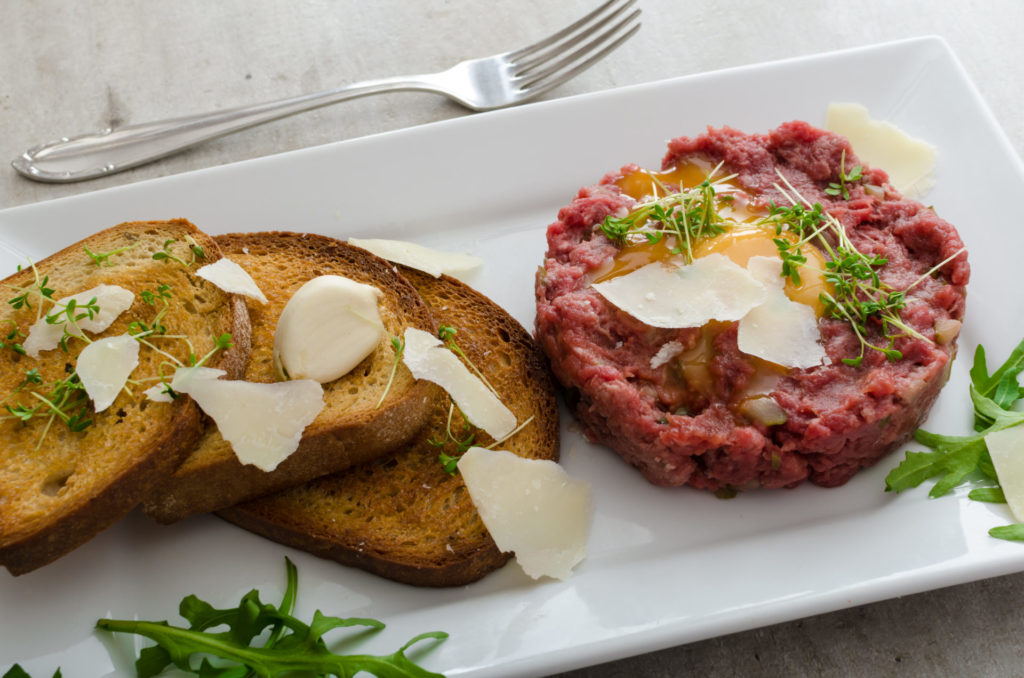 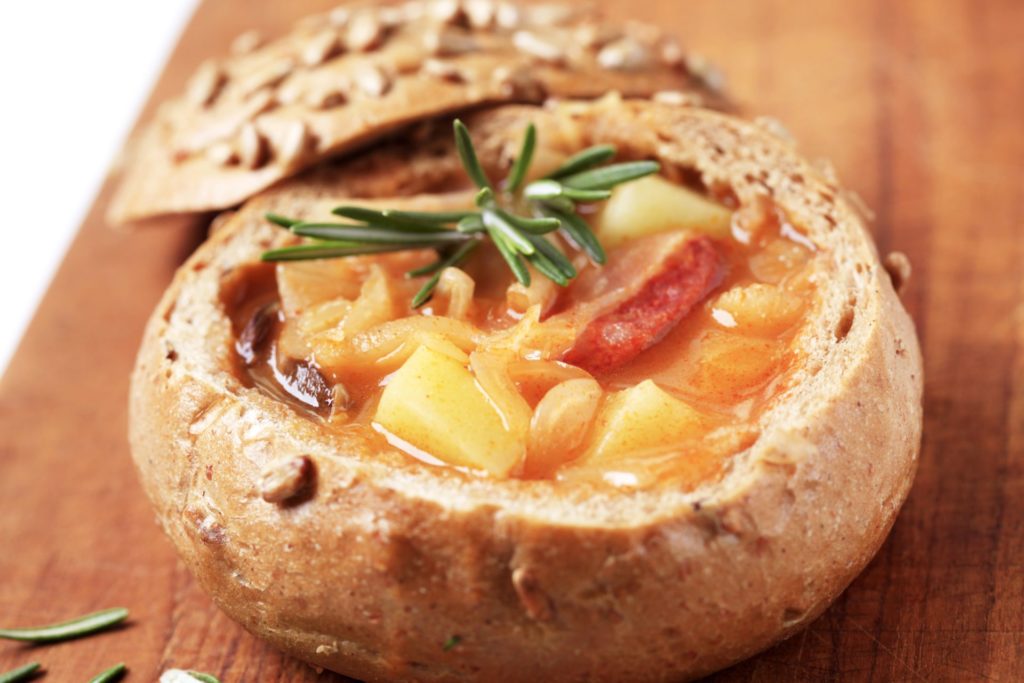 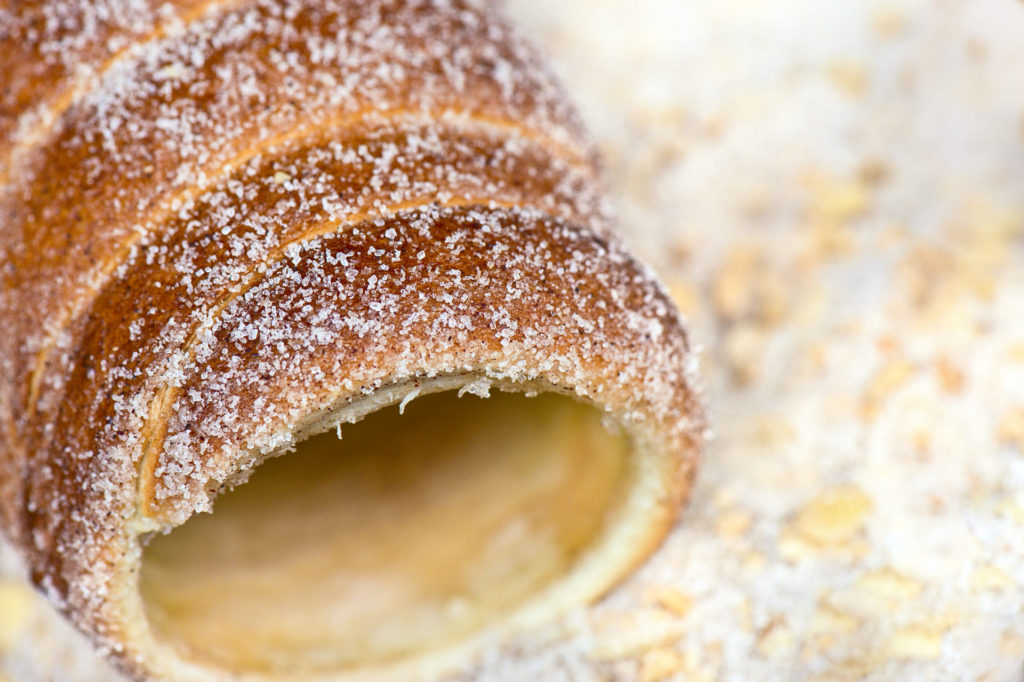 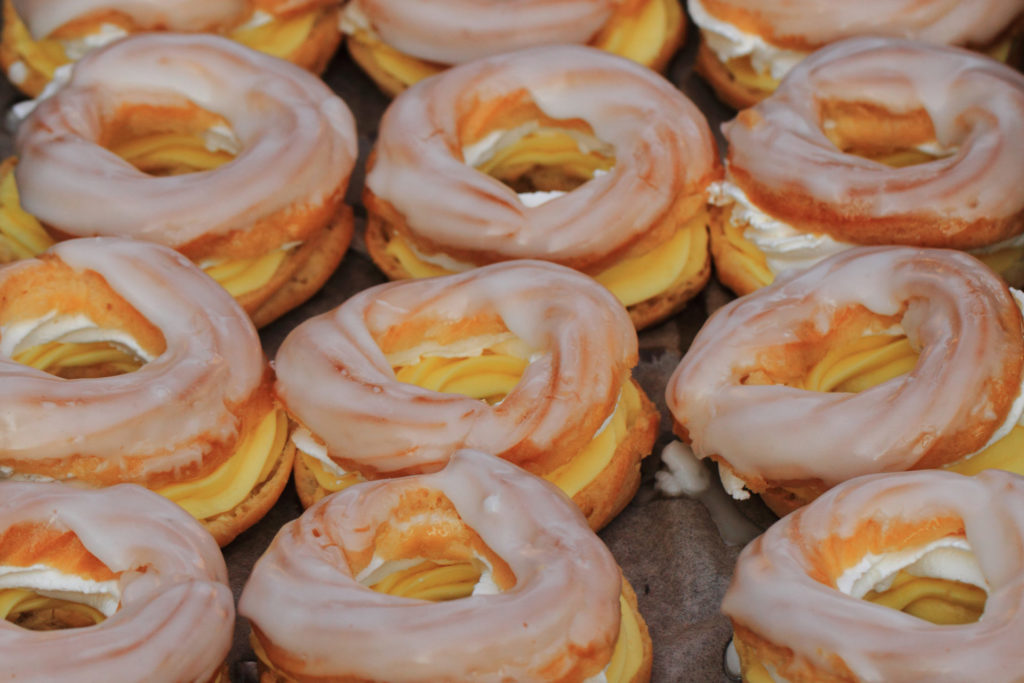 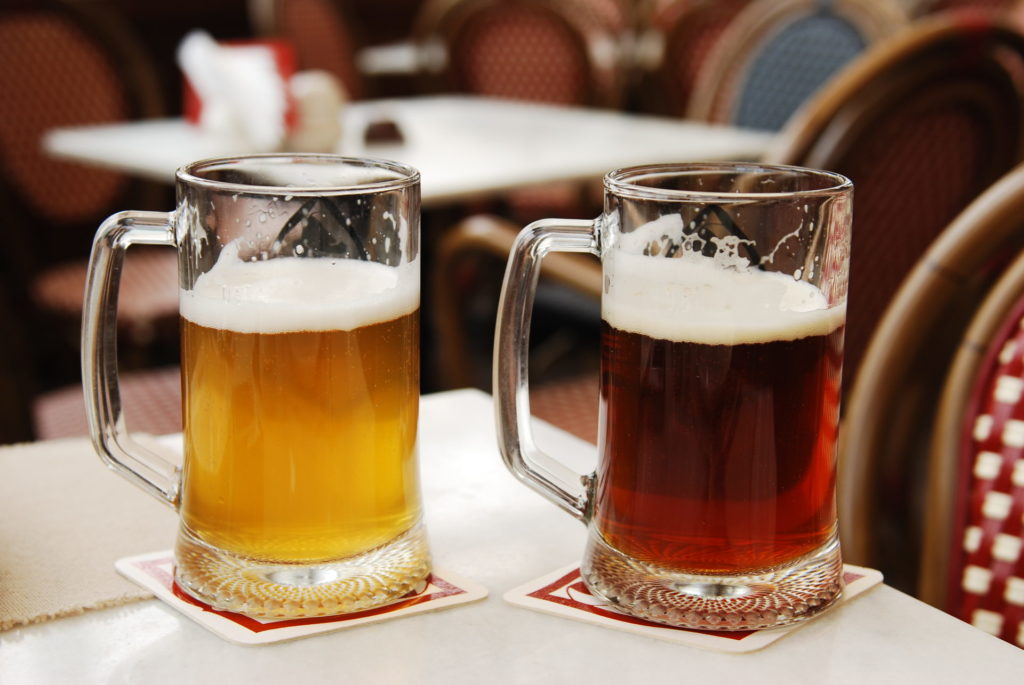