With its world-class productions of opera, ballet and classical music, its exceptionally beautiful and historic venues and its incredibly affordable ticket prices, it’s no surprise that Prague is one of the world’s true cultural hubs. So it would be a shame to visit the Czech capital without taking in a show.

Prague’s musical history is a rich and varied one. Not only is the city renowned for producing some of history’s great composers, including Antonin Dvořák or Bedřich Smetana, but it also attracted great composers from overseas, like Wolfgang Amadeus Mozart (who premièred Don Giovanni in the city in 1787). Today, you’ll find classical music on every corner, with street musicians playing famous pieces by Beethoven, Chopin and Haydn, as well as contemporary Czech compositions by the likes of Josef Suk, Bohuslav Martinů and Leoš Janáček. Still, you are better off paying for a virtuoso performance in one of the city’s many historic concert venues. Here are some of the groups you could go and see… 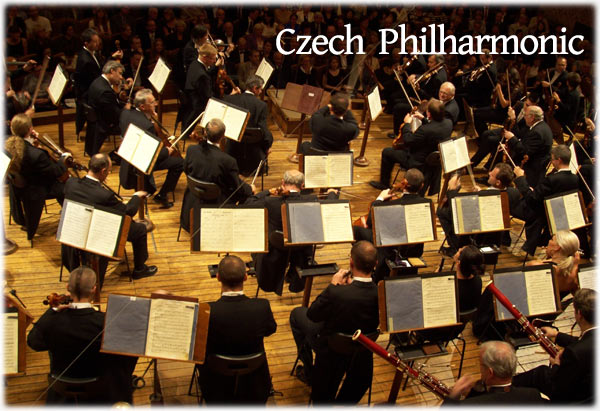 Antonín Dvořák conducted this orchestra’s first performance hack in 1896, and since then, it has had some renowned chief conductors and guest conductors ranging from Gustav Mahler to Leonard Bernstein. Resident at the Rudolfinum, Czech Philharmonic shows are always very high quality. Rudolfinum, Nám. Jana Palacha, Staré Město. www.czechphilharmonic.cz

Second only to the Czech Philharmonic, this full-size orchestra – which usually performs at the Rudolfinum – regularly attracts some of Europe’s finest conductors to perform guest spots. CNSO is also renowned for its international film soundtrack work. www.cnso.cz

One of the most well-respected ensembles in town, Collegium Marianum is your best bet for traditional Baroque music. They often revive seldom-heard works from archives and perform them on period musical instruments, with the performances usually organised around a historical or geographical theme. Melantrichova 971/19, Staré Město. www.collegiummarianum.cz

Named after a famous 18th-century patron of the arts, this youthful ensemble has won a few prestigious awards. They offer excellent one-off/short residency performances of works, mainly by Mozart and Dvořák, in some of Prague’s finest church venues. www.nostitzquartet.com

Renowned for often playing (but not always) without a conductor, this ensemble covers everything from the classics right up to 20th-century composers. Beware though… you’ll have to time it perfectly to catch a concert, as they only play about four a year. www.pko.cz

Founded in 1994, this excellent orchestra is the younger sibling of the Czech Philharmonic … and in more ways than one. With an average musician age of just 34 and a conductor (Jakub Hrůša) who is younger still, this group offers a youthful brio and energy you rarely get with classical music. You’ll find their performances in the Church of Saints Simon and Jude. www.pkf.cz

Known colloquially as FOK (Film-Opera-Koncert), this group once supplied almost all the scores for Czech and Slovak films and were on call for many of the city’s main opera performances. Today, they tour the country (and further afield) playing original compositions alongside works by the likes of Beethoven and Bruckner. They’re also renowned for selling tickets to watch their rehearsals! Obecní dům, Nám. Republiky S, Staré Město 8. www.fok.cz

Bucking the trend, this group shuns the typical classics specialise in contemporary music, ranging from John Cage to Frank Zappa. They most often play at the Archa Theatre, but they have also appeared at other venues in Prague – including Národní Divadlo. www.petrkofron.com

The name comes from the fact that two quartet members were born in the same town as composer J. V. Stamic, but in reality, the group play more Britten and Bártok than Stamic. If you don’t want a full orchestra, this is a very refreshing alternative. www.stamicquartet.cz

Unlike Stamic and many other quartets throughout history, Wihan isn’t named after a composer… it’s named after a musician. More specifically, a cellist who was friends with Dvořák. But if the name is a little confusing, the quartet’s success isn’t – if you attend one of their concerts, you’ll soon see why they’ve won so many awards and been broadcast worldwide. www.wihanquartet.co.uk. 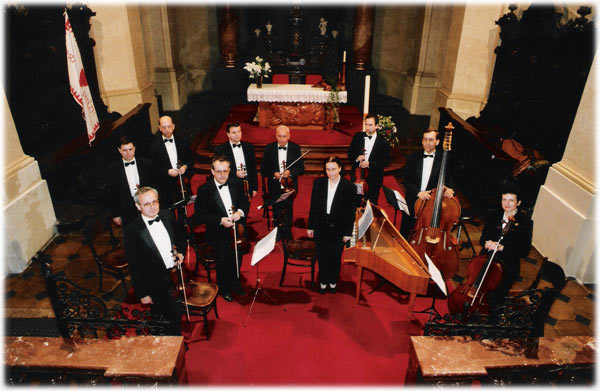 If you fancy a classical concert with a difference during your trip to Prague, head to your nearest church. With one of the world’s most atheist populations, many of the city’s churches have been reappropriated for different purposes… with one of the major ones being as venues for classical music. It’s ideal, really – an opulent and atmospheric setting deliberately designed to have excellent acoustic settings. Just one tiny warning: many churches don’t have heating, so dress appropriately.

You can find listings of concerts online at www.pis.cz, and you’ll see schedules outside the individual churches, but to help you get started, here are some of the best classical concert churches in Prague…

With its stunning 18th-century frescoes and colourful stuccowork, this monastery library hall is one of the most charming – if, for some reason, least used – concert halls in Prague. You’re always guaranteed high quality here, with regular performances by the Collegium Marianum ensemble (see above). Melantrichova 971/19, Staré Město.  www.collegiummarianum.cz

Known as an excellent venue for organ concerts, the organ here was built in 1709 and retained its original tone structure to this day. Malá Štupartská 6, Staré Město. www.auditeorganum.cz

It’s only a small venue, but this beautiful 11th-century basilica (located in Prague Castle and home to the tombs of some very early princes) is the best place to see mini-ensembles playing the likes of Mozart and Verdi. Nám. U Sv. Jiří, Pražský Hrad. www.kulturanahrade.cz

One of Prague’s most interesting Baroque churches anyway (the chandelier inside is based on the design for the Czar’s crown!), it gets even more interesting during balmy summer evenings, when local ensembles and visiting orchestras put on shows. But be warned: quality and prices vary. Staroměstské nám., Staré Město. www.svmikulas.cz

The ‘other’ St. Nicholas, created by three generations of the Dientzenhofer clan, was a favourite venue of Mozart, so you’ll find local ensembles playing the maestro’s music all year round. Malostranské nám., Malá Strana. www.psalterium.cz

The Jewish Quarter church may be decommissioned, but that doesn’t mean the aisles can’t still be rocking. With a restored organ and excellent acoustics, the Prague Symphony Orchestra regularly use this place for chamber concerts and recitals, while it’s also the main venue in many of Prague’s big music festivals. Dušní ulice, Josefov. www.fok.cz

Opera has a long and rich tradition in Prague, and so you can find top-notch productions almost every night of the week. Shows are usually sung in their original language. Still, Czech operas (like Dvořák’s Rusalka) will be subtitled in English, while Italian and other language operas will be given both Czech and English subtitles. Here’s some more information about the three main opera venues in Prague… 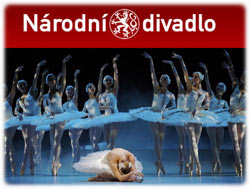 Comprised of two individual theatres and with a larger budget than its main rivals, the National Theatre has regular international opera productions of the highest quality. The main focus is on Czech operas by Janaček, Dvořák and Smetana, but you’ll also find great works by international composers, as well as ballets. Národní 2, Nové Město www.narodni-divadlo.cz

Although it’s part-owned by the National Theatre (above), the operas here have a distinct style of their own. As Mozart’s Don Giovanni was premièred here in 1787, followed by his La Clemenza di Tito in 1791, you’re most likely to find works by the Austrian genius – but keep an eye out for other productions too. Železná 540/11, Staré www.narodni-divadlo.cz

The most creative and experimental of the three major venues, the State Opera offers a blend of traditional operas with a modern twist and brand new contemporary works. It also has its own ballet company. Wilsonova 4, Nové Město. www.narodni-divadlo.cz

Many of the venues listed also show normal theatre plays. At the same time, there are also other excellent venues in the city to watch relocated West End shows and small independent drama productions. However, beyond classical music, opera and ballet, Prague is probably best known for Black Light Theatre.

A uniquely Czech art form, Black Light Theatre is an avant-garde mix of puppetry, dance, film and music, where fluorescently-lit ‘characters’ appear in a completely darkened setting. The shows are of varying quality, but it’s a very particular cultural experience for many visitors to the country – not least because it’s silent so that international audiences can understand it. For a guaranteed high-quality (and slightly extended) version of an art form, try the National Theatre’s Laterna Magika (Magic Lantern). Or if it’s just the puppets you’re after, try out one of the city’s many Marionette Theatres.

Things to Bear in Mind

When getting ready for a night of culture, take your clothing cues from the locals. You’ll notice that it is still common for people to dress up for performances – especially at the larger, traditional venues – with most women wearing cocktail dresses and most men in at least a shirt and tie (if not a full suit).

As with most things in Prague, the closer you get to the Old Town Square, the more you pay for a worse product… and this is generally the case with church concerts too! Therefore, ignore adverts for shows in the Old Town Square and Malá Strana, as these rely solely on non-repeat tourist money to stay open, and choose one of the venues on our list. Alternatively, ask a local for a suggestion!

Where to Get Tickets

As mentioned above, don’t give in to the relentless ticket touts in Prague’s tourist centres… spend a little extra time to save some money, and make sure you’re getting exactly what you’re paying for. The best way is to go directly to the theatre box office a couple of days before a performance or (depending on the venue) right before it starts. Another option is to ask the concierge of your hotel to reserve a ticket for you. But if you’re unable to do either of these things, you can purchase tickets in advance using one of the ticket agencies below. Please be aware that booking charges will apply…

Tickets for major classical music and theatre venues are available through this agency. On rare occasions, they even have exclusive rights to a show. Politických věznů 15, Nové Město. www.ticketportal.cz

This company is the exclusive ticket seller for events at O2 Arena – home to many major concerts and sporting events. You can purchase tickets online or at street newspaper stands/betting shops around town. The O2 Arena box office is only open on the day of the event; purchasing your tickets there is not recommended. Ocelářská 10 (O2 Arena), Vysočansky.  www.sazkaticket.cz

This is the main outlet for tickets to all concerts at Prague’s club venues and big stadiums. You’ll find branches throughout the city, and you can also find them online (they have a great search engine for tickets). Rytířská 1, Staré Město and Václabské nám. 38, Nové Město. www.ticketpro.cz

Many hotel desks will offer tickets for classical music events through this agency. www.ticketstream.cz 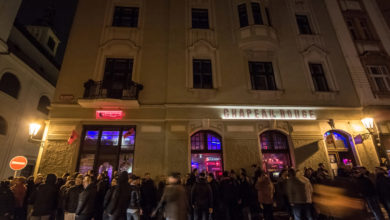 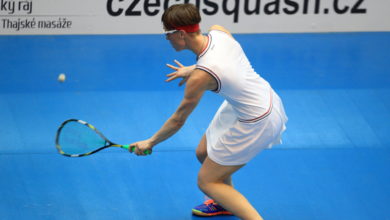 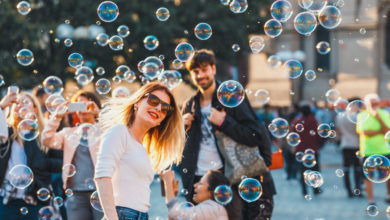 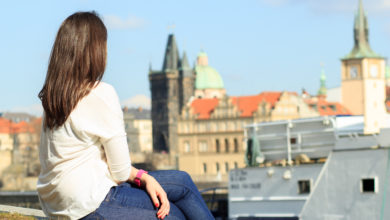