Homeless people have been guiding tourists for five years

Tereza Jurečková had a brave idea for a project called Pragulic, which shows people the capital city through the eyes of the homeless. She also helps them to get off the streets and to have a roof under their heads again. This opportunity to take part in this unusual tour is also offered in Olomouc and České Budějovice.

How do you rate the project itself after these five years?

Looking back, I can see all the work we have done. We started from zero. We had no money, no contacts, no experience. We were just three friends who wanted to try to start a new project.

Has it fulfilled your expectations?

Not only fulfilled but mainly exceeded. I believed that it would work out, but I had no idea how much. In the end, it became my job, and it will be there both in my personal and professional life.

Is the interest in the guided tours getting higher?

We have more customers each year. We often have some of the guides booked for the whole two upcoming months. The interest is also increasing among groups, mainly students, who regularly come here from foreign countries.

How many homeless have you employed as guides?

Twenty-one have taken part in the project so far. But more people are in contact with us. Nine guides have a stable relationship with us.

How much do they earn?

The guides receive over 300 Czech crowns for each tour, and the customers often give them tips. In total, they can earn decent money, and they can also lower their living expenses since we offer them a lot of advantages. If someone wants, he can get maximum support from us to get off the streets.

Do you monitor how they use the money afterwards?

The spending is totally up to them. We work with people who are motivated and are more or less responsible. We are under no illusions that they will always invest them correctly, but that happens to all of us sometimes.

Has it changed the lives of the long-term guides?

They found meaning in the job and the possibility to earn money. They have a place to live, which they can more or less keep. They get off the streets, they meet new people, and this job forces them to change their routines.

Is it hard to work with the homeless?

The hardest thing is probably to endure everything from a psychological point of view. The guides are in hard life situations, and they transfer their problems onto you as well. It can be very exhausting. I never had a problem with them not respecting me. I am their employer and someone they can talk to. Not exactly a friend, like in the beginning, but the relationship changes over time, of course.

Have you ever found yourself in a dangerous situation?

I wouldn’t say dangerous per se, but definitely uncomfortable. For example, I found myself in a lodging house with a few workers and homeless people, who started making inappropriate advances after a while. I was even a witness to a fight between two homeless men, and in such cases, you have to be alert and react quickly.

What are your plans for the future?

There is still a lot to do for the homeless. We want to provide respectable and interesting housing and mobile showers and to allow other people also to enable them to help the homeless. We have many plans, so we are looking for suitable partners and investors who can help us realize them. 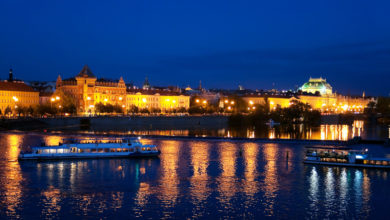 Dinner on the River Cruise 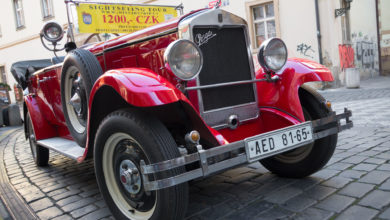 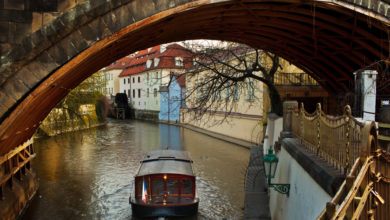 June 7, 2021
Check Also
Close
Contents
1. Homeless people have been guiding tourists for five years
2. How do you rate the project itself after these five years?
3. Has it fulfilled your expectations?
4. Is the interest in the guided tours getting higher?
5. How many homeless have you employed as guides?
6. How much do they earn?
7. Do you monitor how they use the money afterwards?
8. Has it changed the lives of the long-term guides?
9. Is it hard to work with the homeless?
10. Have you ever found yourself in a dangerous situation?
11. What are your plans for the future?
Download Free PDF Guides