Undoubtedly, Prague is well known as a leader in the field of classical music. Every day, there are many musical, opera and ballet performances. Popular composers include Mozart, Vivaldi, Bach, Verdi, Dvorak and Smetana. Concerts are held at lunchtime and in the evening, and you can purchase tickets directly from venue box offices or in advance from agencies online. Some of the best concert venues where Prague classical concerts are staged include the Dvorák Concert Hall at Rudolfinum, Smetana Hall at the Municipal House, St. George’s Basilica at Prague Castle, Klementinum and St. Nicholas Church.

Clam-Gallas Palace, Husova 20, Prague 1, www.ahmp.cz – This Baroque jewel is a premium location for events and concerts.

Rudolfinum – Dvořák Hall, Alšovo nábřeží 12, Prague 1 – World-famous concert hall and home of the Czech Philharmonic, which performed here for the first time in 1896 under the baton of Antonín Dvořák.

Sights Related to the Musical Prague

Christian Filip Clam-Gallas (1748-1805) started a famous musical tradition when he invited Mozart and his wife Konstanz to the palace in 1787. Mozart has played the piano in the palace, as did Ludwig van Beethoven a few years later in 1798 when he met his platonic love Josefina Clary-Aldringen.

U Zlatého jednorožce (Inn at the Golden Unicorn), Lázeňská 11, Prague 1

In 1796, Ludwig van Beethoven stayed in this Baroque hotel, a Prague favourite during the 18th century.

Mozart stayed in this house during his second visit to Prague in 1787 to compose the opera Don Giovanni, whose premier was to be held in the nearby Estates (Nostic) Theater. He reportedly worked with librettist Lorenzo da Ponte, who lived across the street through an open window. (B3)

During the 19th century, Czech musicians gathered at this local pub. Antonín Dvořák brought Pyotr Ilyich Tchaikovsky here in 1888. After his visit, Tchaikovsky wrote in his diary, “These Czechs – they‘re so eminently likeable!”.

Strahov Monastery and Basilica of the Assumption of the Virgin Mary, Strahovské nádvoří 1, Prague 1

In 1787, Mozart visited Strahov Monastery, one of the oldest Premonstratensian monasteries in the world, founded in the 12th century, accompanied by singer Josefina Dušek. In the monastery Church of the Assumption of the Virgin Mary, he admired the organ, on which he also played. (A3)

It‘s no coincidence that this house in Neruda street bears this house sign – from 1667 to 1748, it belonged successively to three major violinmaking families, the most famous of which was Thomas Edlinger, whose instruments are masterpieces of extraordinary artistic value.

The church houses a unique organ built from 1745 – 1746. It was certainly played during the requiem Mass for Mozart.

Church of Sts. Simon and Jude, U Milosrdných 1, Prague 1

According to legend, the church is famous for its Baroque music concerts and its well-preserved masterpiece organs that, according to legend, both Mozart and Joseph Haydn played, a distinction that saved their pipes from confiscation for the war in 1917.

This church features a unique carillon. In addition, its organ is one of the most valuable monuments of Baroque organ making. Its special features are its broken octave and its bellows located outside the church.

Vyšehrad Cemetery is undoubtedly the most important national burial ground. It is the final resting place for more than 600 figures of culture and science. Notable musical personalities buried here include Bedřich Smetana, Antonín Dvořák and Zdeněk Fibich. Ema Destinnová, Jan Kubelík and Rafael Kubelík are interred in the monumental tomb Slavín.

In the former Church of St. Mary Magdalene, you can explore the collection of 400 historical musical instruments, including a fortepiano on which Mozart allegedly played.

This permanent exhibition in a Baroque summer palace documents the life and work of the famous composer.

This building once served as a water tower. Today, it is a museum documenting Smetana‘s life and work.

Museum and archive of Czech and Slovak pop music.

The composer‘s room with an exceptionally well-preserved interior.

This exhibition presents part of the music collection of the Lobkowicz family, including Beethoven‘s manuscripts.

This minor basilica has the largest organ in Prague and organizes the annual International Organ Festival.

The second-oldest church in Prague presents concerts of classical and sacred music.

This Baroque church in the heart of Old Town presents concerts of classical music.

The monastery church of the Knights of the Cross with the Red Star offers unique organs and organ concerts.

The Baroque church of the Dominicans presents concerts of sacred music.

The baroque church used mainly by the Prague Symphony Orchestra.

Part of the permanent exhibition of the Jewish Museum, with occasional concerts.

The most important international festival of classical music, held in Prague, includes performances by the world‘s top orchestras and artists. Traditionally, it starts with a performance of Smetana‘s Má vlast.

This highlight of the autumn music season presents a selection of jazz, classical and world music.

This project presents works of baroque music, theatre and dance.

International music festival dedicated to the work of Antonín Dvořák.

The largest music, film and accessories store in Prague.

One of the most modern multipurpose halls in Europe, with a capacity of 18,000 spectators. 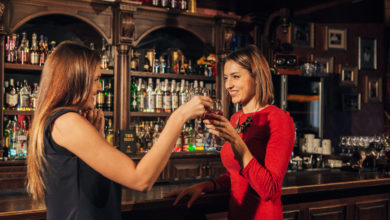 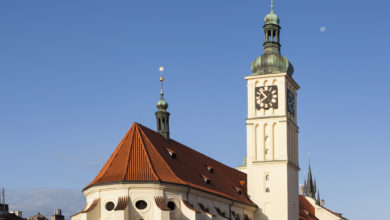 Church of St. James the Greater 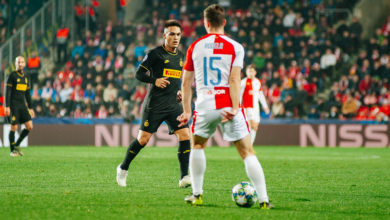 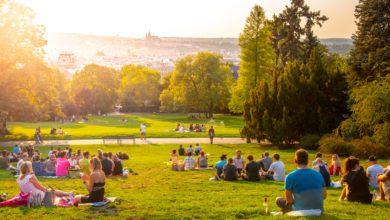