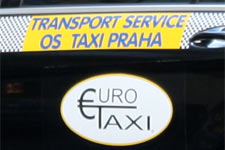 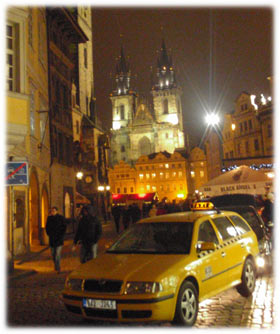 Getting a cab in Prague especially at night might be quite a problem as you might end up with an inflated price. Except for the routes from the airport or train station, taxis are most often taken late and after a night out, when we are, perhaps, less in the mood to discuss the route or even properly remember it. It is not a secret that during late night hours there are plenty of dishonest taxi drivers looking for prey. Those taxis have stands and operate mostly nearby city centre night clubs, discos and other establishments attracting party crowds. Be especially careful around Charles Bridge and Wenceslas Square. Some of them do not even have a licence, but just put a Taxi sign on their car.

Many tourists will leave Prague happy, as they use taxis ordered by the dispatch centre from one of the many reputable companies such as AAA Taxis or Prague Airport Transfers. During the daytime, the situation is much better than at nighttime.

To check out the current situation we decided to pretend to be tourists after a night out, getting from the downtown discos. We tried speaking English and pretending we were staying in a five star hotel. Our result was that your chance of being ripped off is more than 70%. Our experiment was done on 12 occasions. The most common answer for a fare for a distance of around 5 km (from the club to the hotel) was anything from 300 CZK to 1000 CZK. Once we even got into the taxi and agreed on a meter fare. It was a surprise when the driver’s meter started on 80 CZK (since the maximum starting fare is 40 CZK). Later we realized this driver did not even have a licence, and we just got off at the first lights without paying. We only scared the driver by saying we would call the police. Overall there were only two occasions when we got the correct price and a nice, polite driver.

But imagine if you are travelling alone, in a foreign country – your brave behavior will be much diminished, and you might rather choose to pay then risk being beaten up. Our advice is simple: do not use taxis at night, rather use night public transport or plan wisely and choose a club near to your hotel, or if you have to take a taxi do not take them from stands around clubs. Rather walk 200 meters away and wait for a passing taxi with a company brand name (that at least increases the chances that you will be treated well), then hail it and agree on the meter price (assuming you know the approximate fare to your destination).

Previous Easter in Prague
Next The Malá Strana Walk 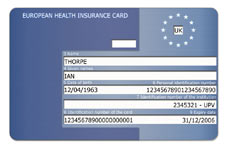 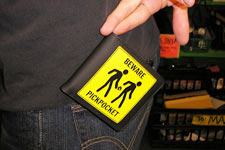 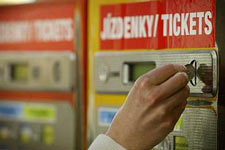 Public transport tickets can be used on any type of public transportation and allow transfers between lines (subway to subway, tram to tram, etc.) and types of transport (subway to tram, tram to bus, etc.) for up to 30 minutes (24 CZK) from validation for short ride tickets and 90 minutes (32 CZK) for long ride tickets. You can also buy tickets valid for 24 hours (110 CZK) and three days (310 CZK).