This is a nice live music disco. The club’s ground floor houses Jim Beam Bar, an internet café, concert hall, CD bazaar, and a store that sells recording and sound equipment. The Absolut Bar (offering the complete assortment of Absolut vodka), a movie theatre, and a gallery are located in the basement.

Batalion is a club or rather pub located downtown, near the Wenceslas Square. It is an old club which was a rock club in the nineties and in the early new millennium, but there’s not too much live music production at the moment. Today offering anything from rock and jazz to punk and death metal performed by up-and-coming Czech bands (plus DJ-fronted dance parties on Friday and Saturday). Despite a location in the midst of the tourist hordes, it pulls in a young, mainly local crowd.

Malá Strana’s four-storey pleasure palace reopened in 2010 after a five-year reconstruction hiatus. The fabled music club on the 2nd floor is back and better than ever, with a lively roster of cabaret acts, jazz and old Czech rockers. There’s now an art gallery on the top floor and a big beer hall in the basement. The ground floor offers an inviting – if a bit too small – cafe on one side and a decent Pilsner Urquell–concept restaurant on the other.

With its entrance tucked away in a shopping arcade, Vagon is more like a student union bar than a club as such, but it always has a friendly, chilled-out atmosphere. There’s live music pretty much every night, from local blues artists, through Pink Floyd and Led Zep tribute bands, to classic Czech rock bands, including regular performances by Plastic People of the Universe. From midnight into the small hours the dancing continues as a DJ-hosted ‘rockothèque’.

Klub 007 is one of several grungy student clubs in the basements of the big college dormitory blocks in Strahov. The legendary 007 has been around since 1987, when it was a focus for underground music, and is now famed for its devotion to hardcore, punk, ska, ragga, jungle, ambient and other alternative sounds.

This is the essential Žižkov club – scruffy, laid-back, eclectic and great fun. There’s a lively bar at street level, all red-brick arches and wood-and-leather booths, plus a cavern-like club venue that hosts local DJs and live music (from hardcore rock to acoustic singer-songwriters). 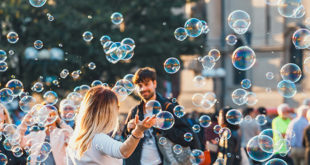 There are a few sights nearby Prague which are definitely out of the ordinary. First of them is Kutna Hora where you can visit Sedlec Ossuary (church decorated with some 40 000 bones) and Czech Silver Museum. Take a helmet and lamp and go to explore dark tunnels of medieval silver mine under the town.