Old Town Square has been Prague’s principal public centre since the 10th century and was its main marketplace until the beginning of the 20th century. It is the centre of Czech national history and art, witnessing all political meetings, concert bands, celebrations of victories either in the political scene or the sporting arena, and not forget the annual Christmas and Easter markets that attract huge tourist crowds. It is a real tourist centre of Prague, filled with overpriced cafés, numerous pubs and restaurants, tacky souvenir shops, horse-drawn carriages, museums and galleries. However, no amount of commercialism can reduce the loveliness of this urban square. 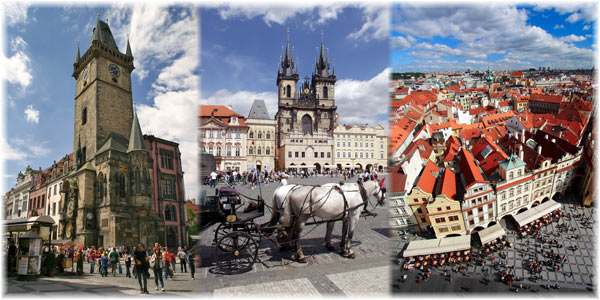 The town square is a great place to sit outside a pub and enjoy one of Prague’s great beers while taking in the city’s atmosphere. One of the best views is of the pastel-coloured buildings that surround the square. 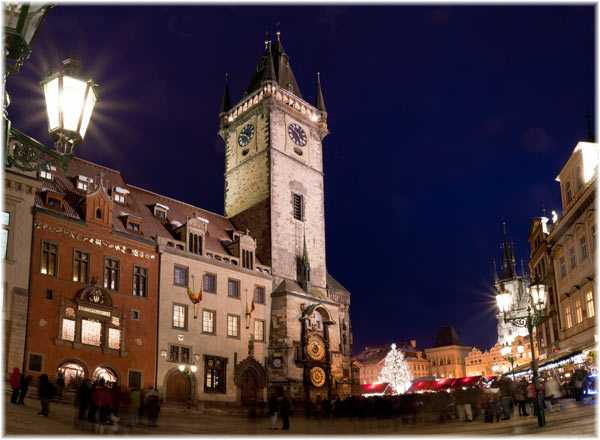 The Old Town Hall with its Astronomical Clock is situated on the southwest corner of the square. The clock dates all the way back to the year 1410, and tourists can watch the twelve apostles appear every hour from 9 am until 9 pm. Regardless of a rather underwhelming performance, which takes less than a minute, the clock is among Europe’s best-known tourist attractions and a ‘must-see’ for visitors to Prague.

To the east rise the spires of the Church of Our Lady Before Tyn, while nearby are the Rococo Kinsky Palace and the medieval House at the Stone Bell. At the north-western edge is the Baroque St Nicholas Church. At the centre of the square is a monument to Jan Hus, unveiled in 1915 on the 500th anniversary of the martyr’s death.

Dům u Minuty (House at the Minute)

The House at the Minute was built in the Renaissance style, decorated with Sgraffito images on its walls. It is a typical example of Bohemian burgess Renaissance architecture. The alchemical symbols adorning the house date from 1611. The famous writer Franz Kafka lived there in his childhood.

Formerly done up in a pseudo-Baroque style, this house is a wonderful example of glorious Gothic architecture. Built in the 13th century, it is one of the oldest buildings in Prague and was extensively restored in 1980. The Municipal Gallery often hosts temporary exhibitions of contemporary visual art.

Church of Our Lady Before Týn

This Gothic edifice began as a humble church serving residents in the mercantile town in the 14th century. Following the architectural customs of the time, the south tower is stouter than the north one.

The courtyard behind the church was home to foreign merchants in the 14th century, but today it is home to smart shops and cafes.

The ornate fountain (from around 1560) in the centre of the square doubles as a plague memorial. The elaborate murals of craftsmen on the facade of Rott House are the only decoration now left. Until the early 1990s, the building was a hardware store; now, it is the site of a Hard Rock Café.

Prague has two Baroque churches of St Nicholas, both built by Kilian Ignac Dientzenhoffer. Popular concerts here give visitors a chance to hear the church’s organ.

Getting Around Old Town Square

There’s basically no public transit in the Old Town as most streets are either pedestrianized or banned for buses and larger vehicles, except for residents and cabs. Hence, walking is the most common way to get around. Taking a taxi is an option, but it’s not worth the trouble due to the regular overcharging of tourists. There are two metro stops in this area: the most useful is Staroměstská (five minutes’ walk from Old Town Square) and Můstek (where Wenceslas Square meets Old Town). 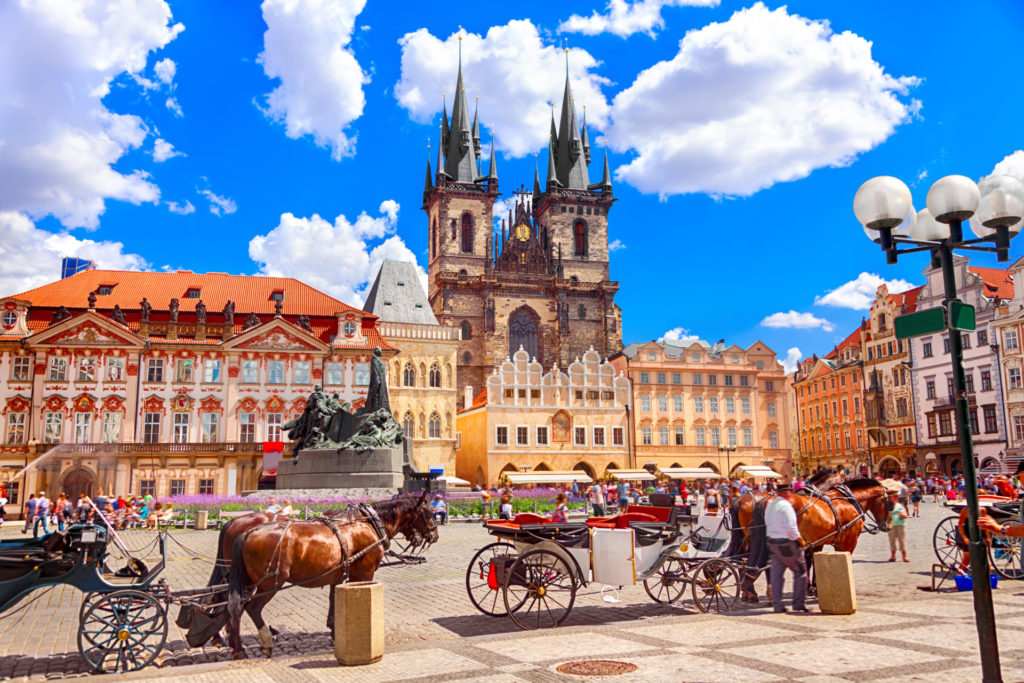 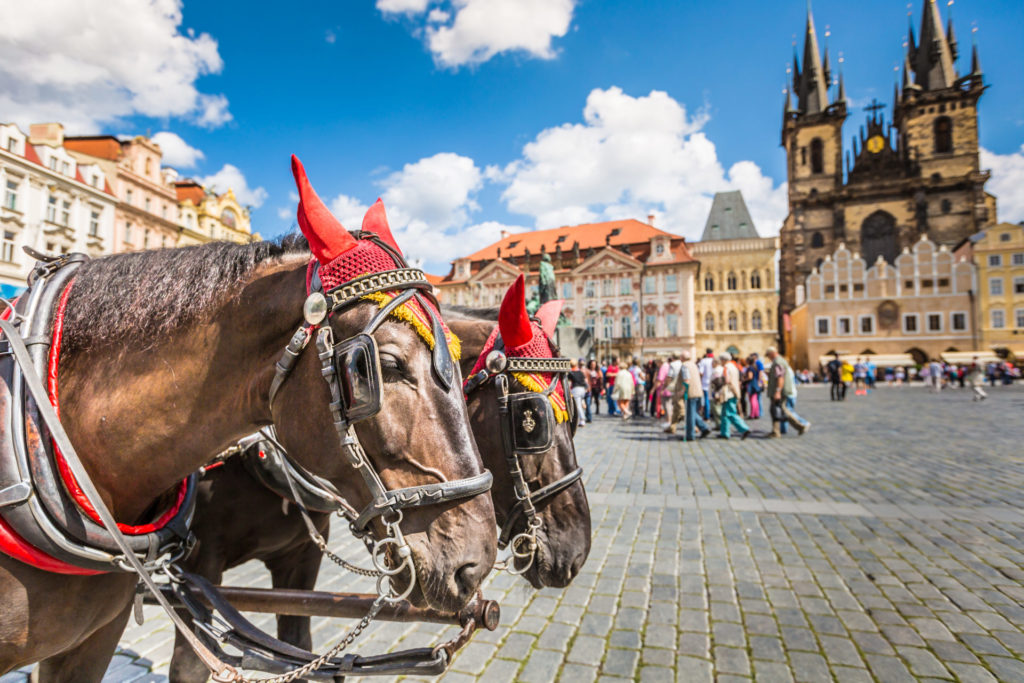 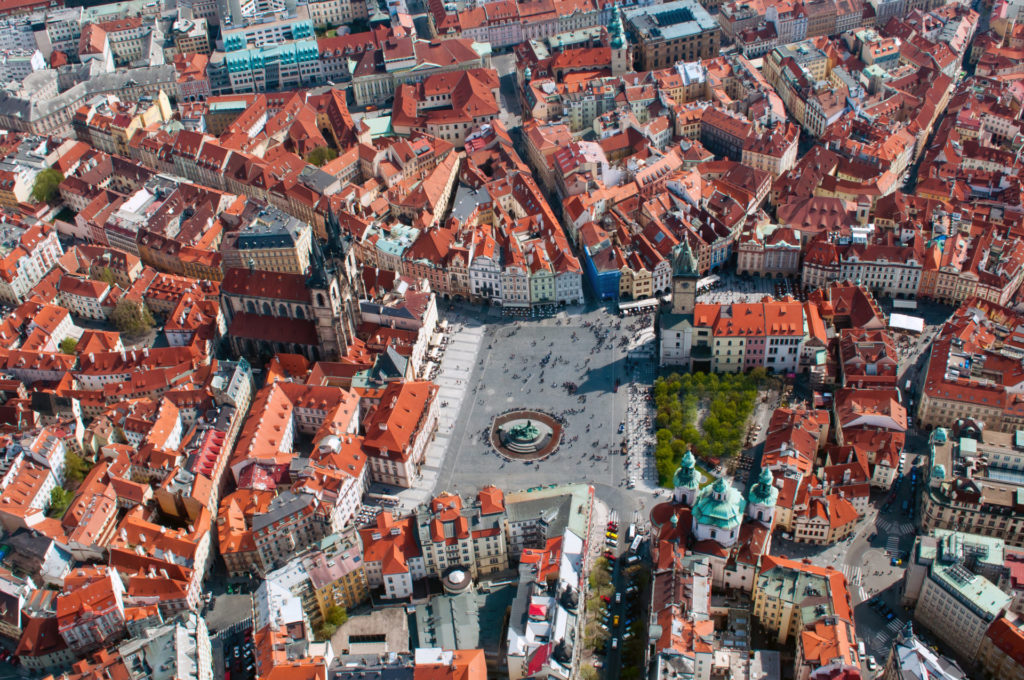 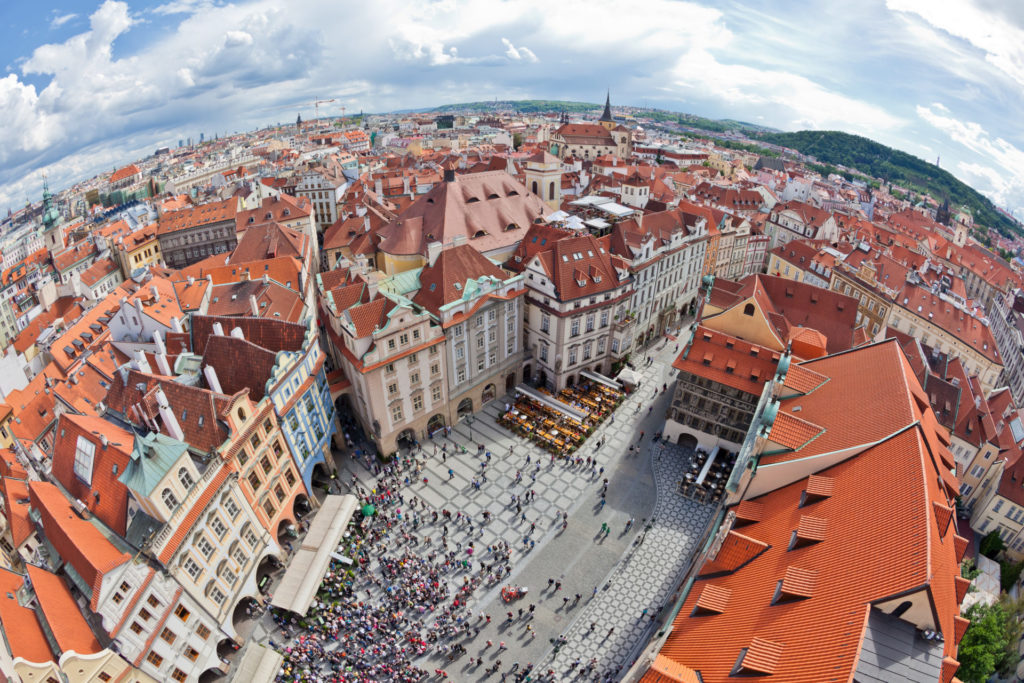 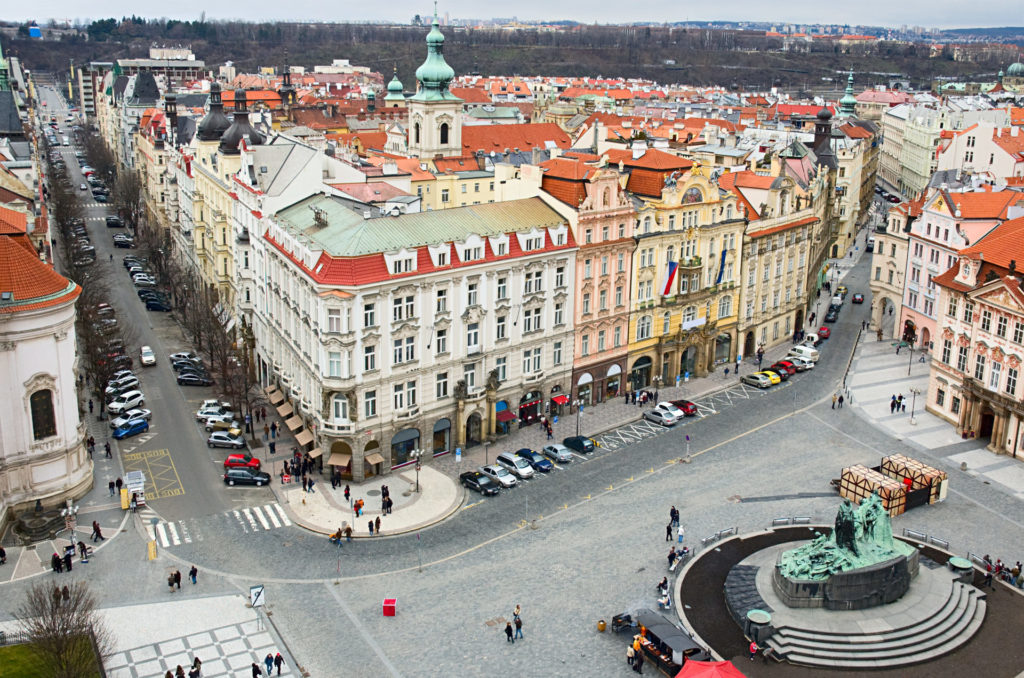 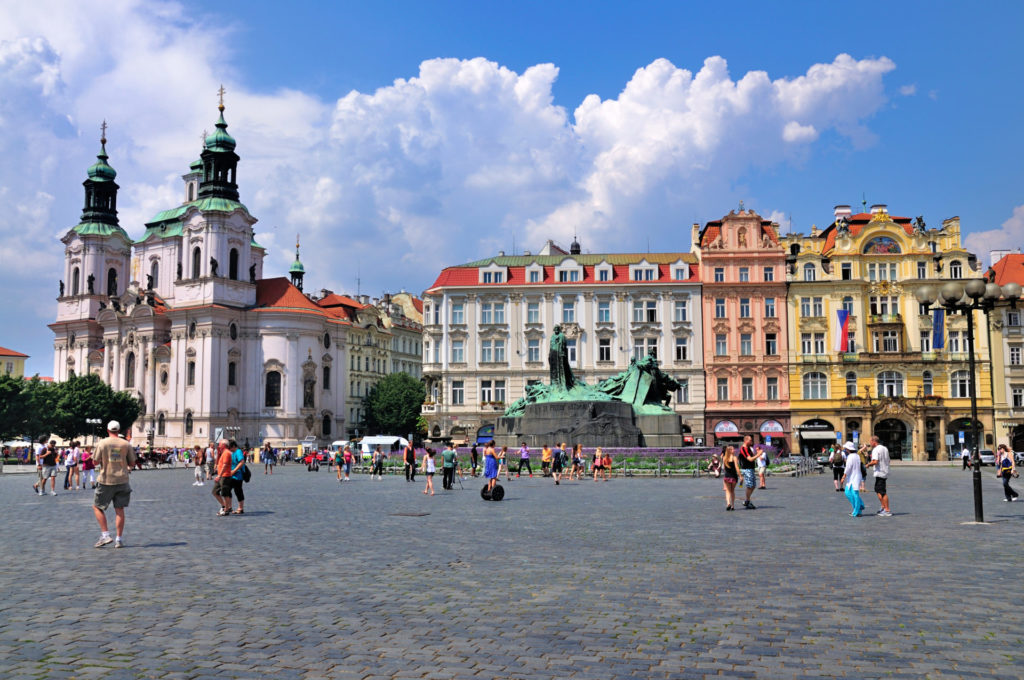 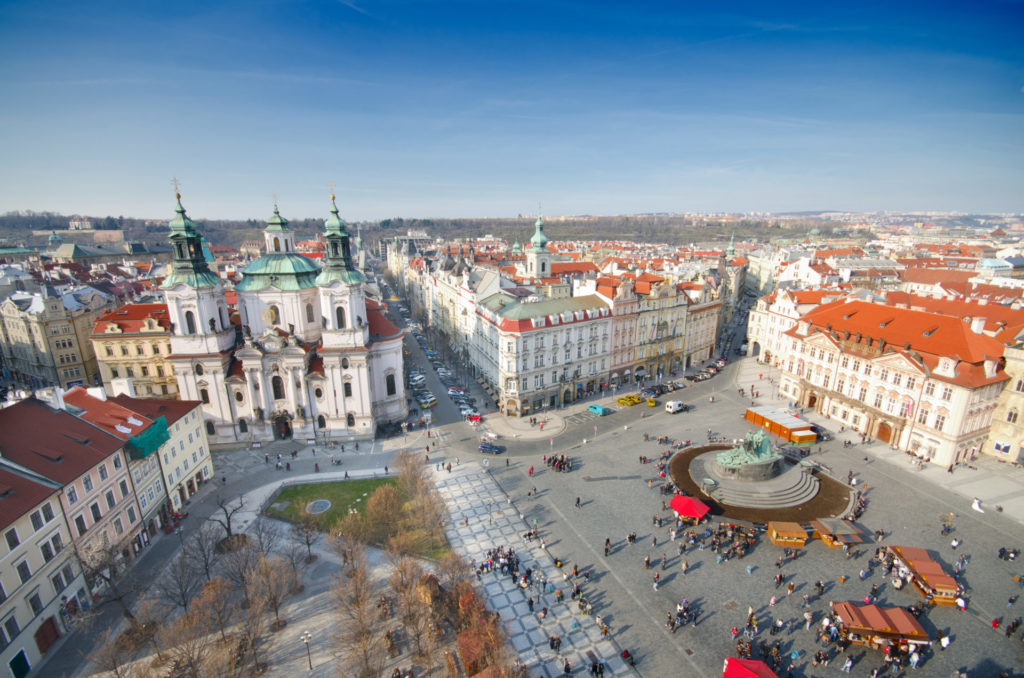 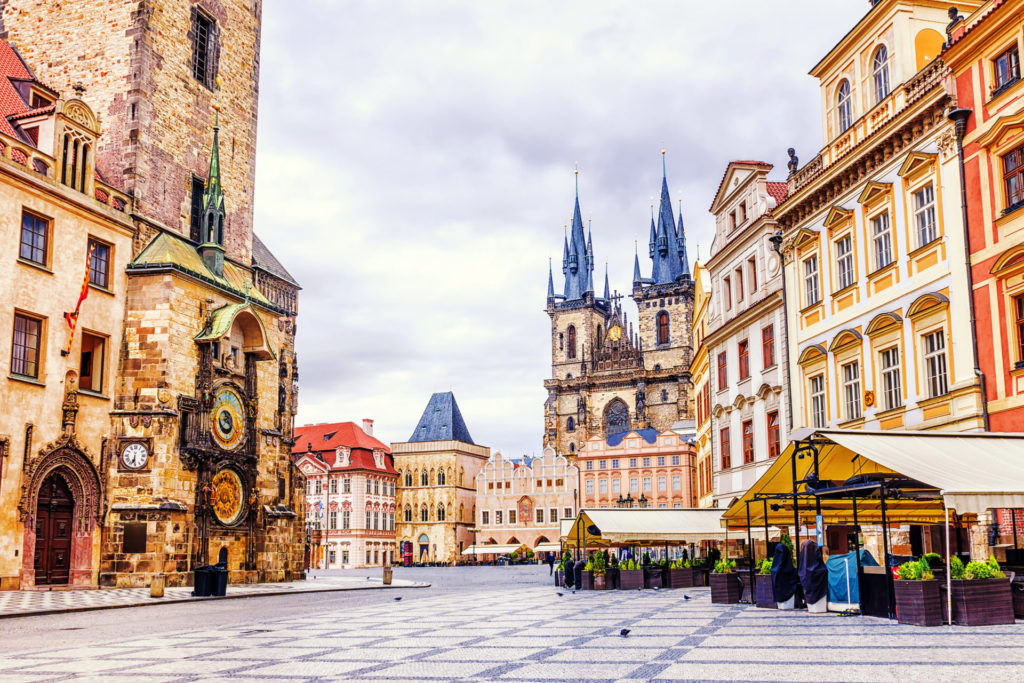 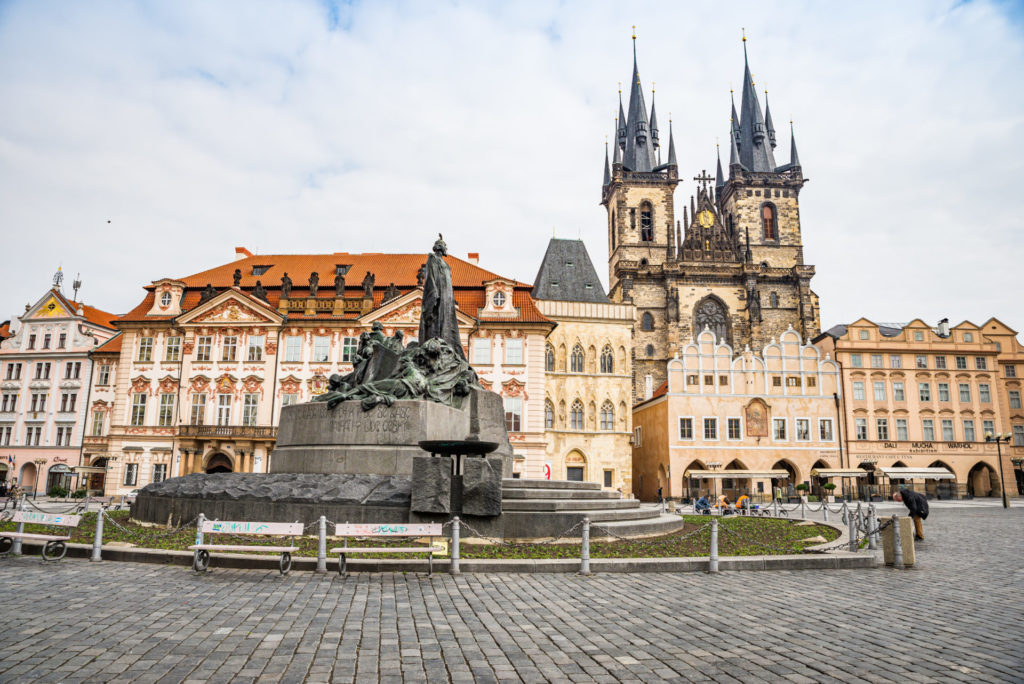 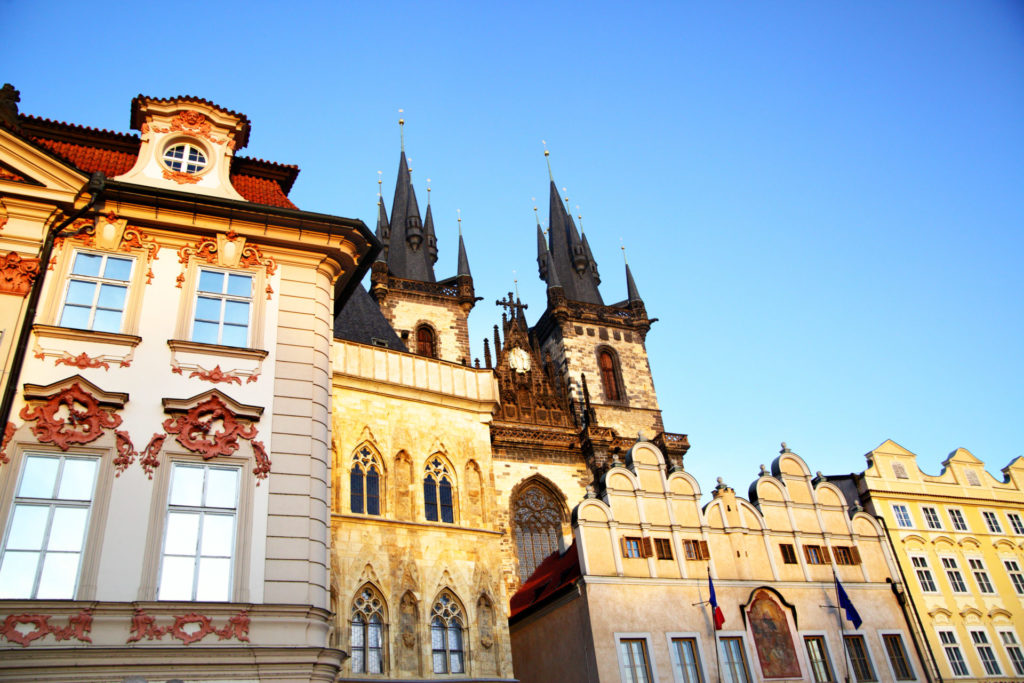 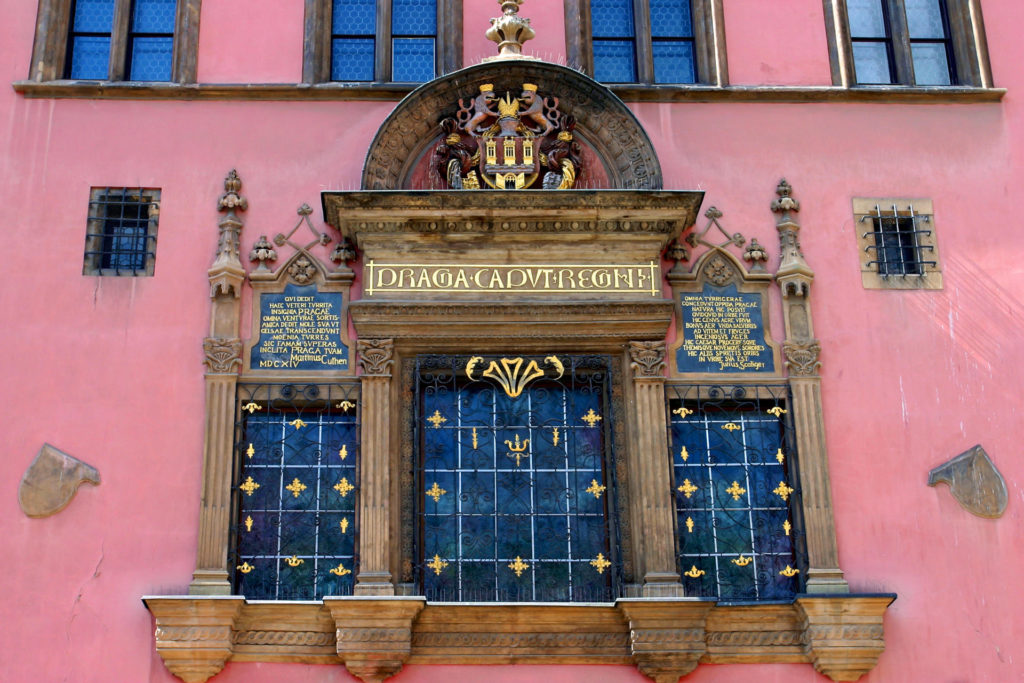 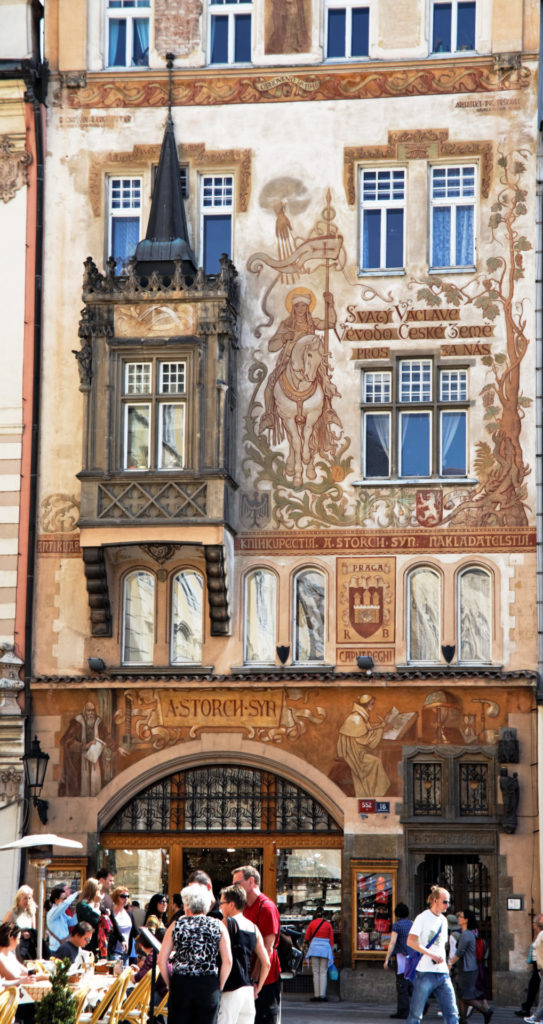 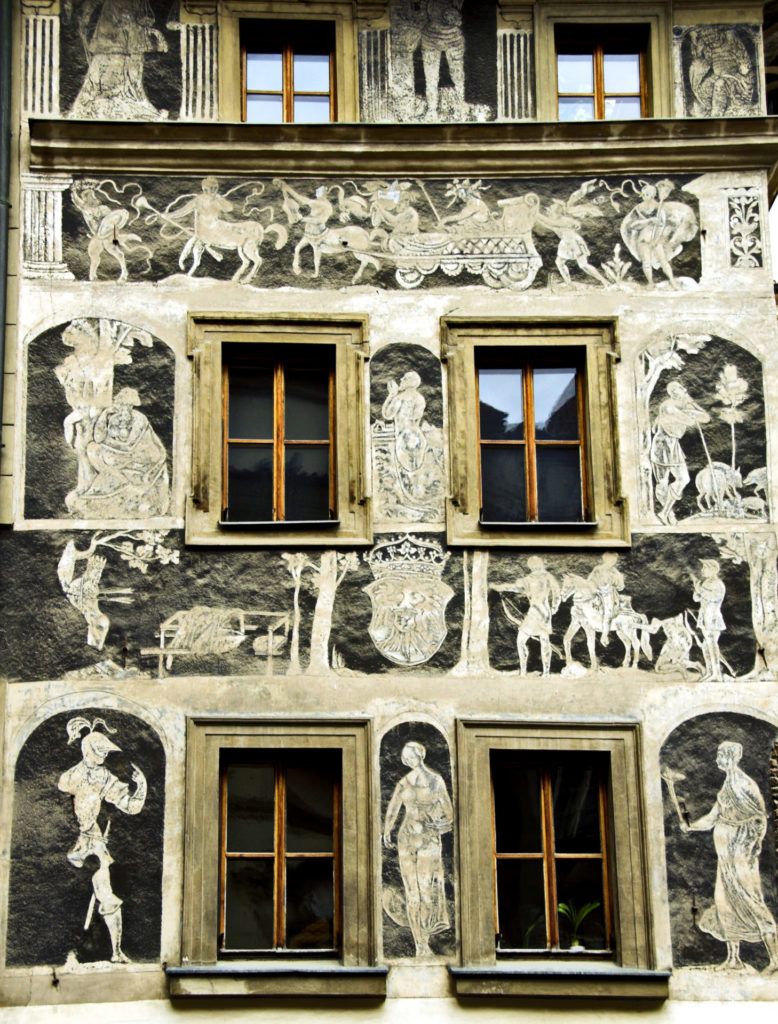 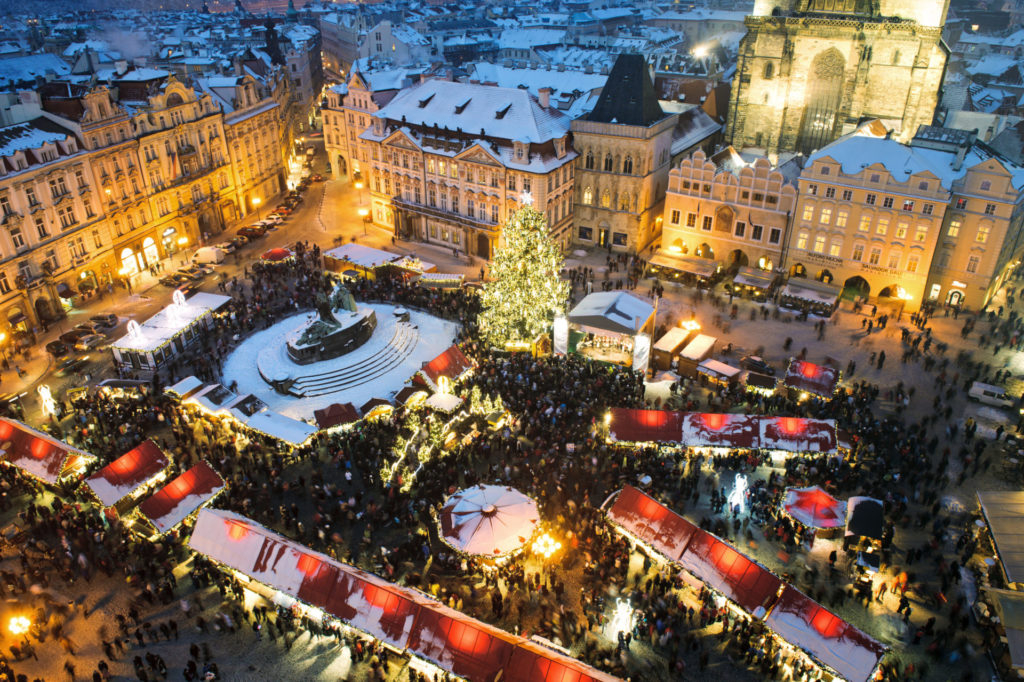 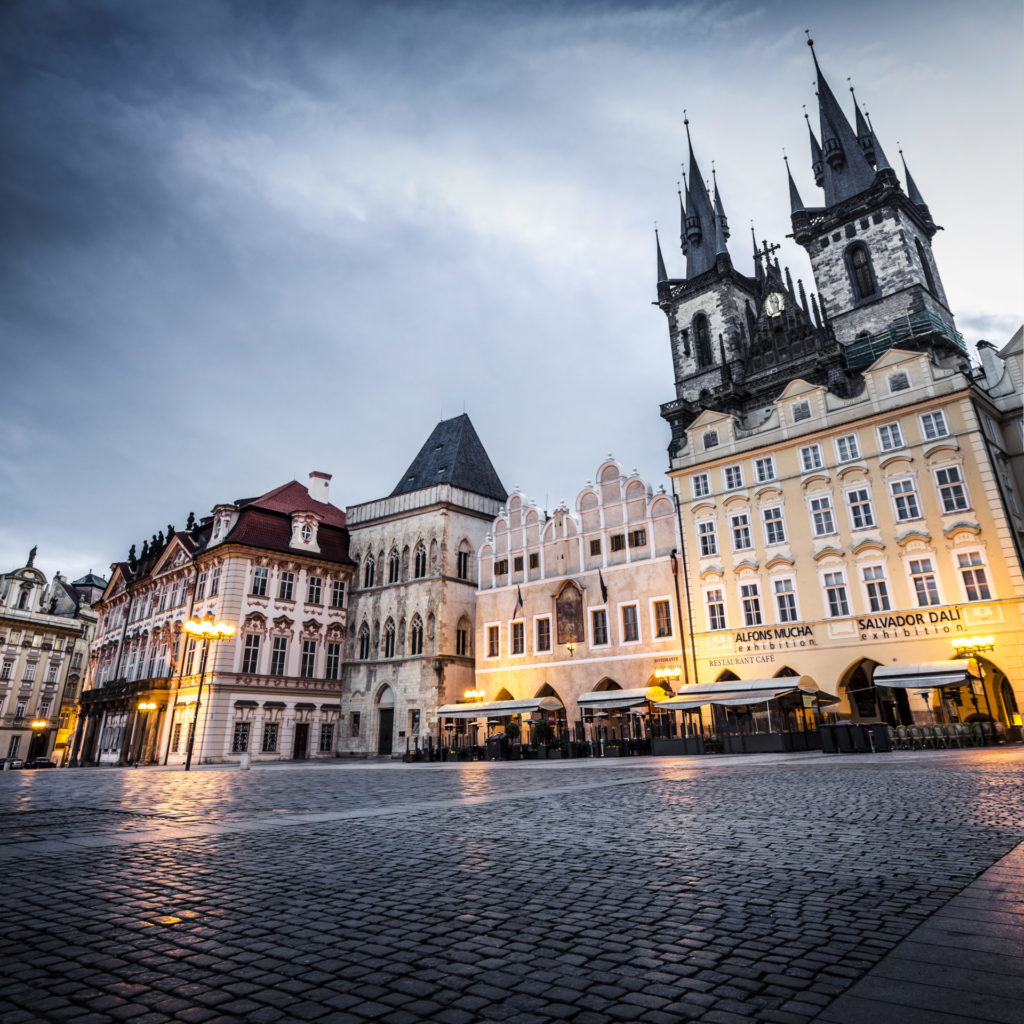 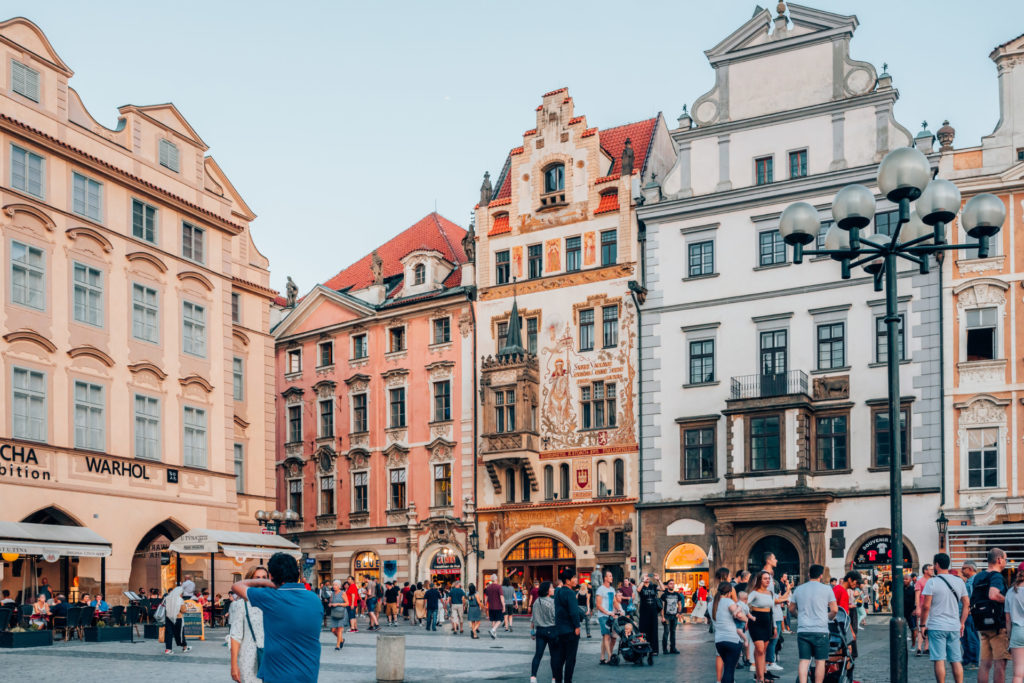 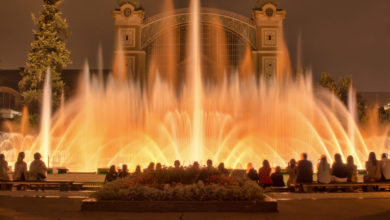 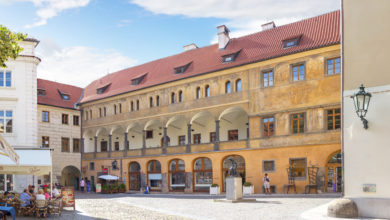 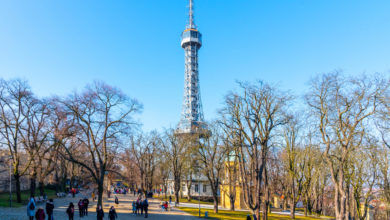 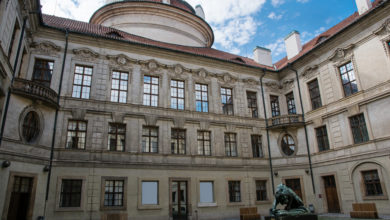