One of the biggest years in history in the eyes of the people of Eastern and Central Europe is undoubtedly 1989; different Communist governments were steadily being overthrown. The Berlin Wall finally came down, unifying the countries of East and West Germany to form what is known today as Germany. As all of this happened, the government of Czechoslovakia watched on nervously, knowing that they could well be next in this sweeping trend of revolution.

Within Czechoslovakia, there was a sense of both excitement and concern, as people wanted to see their government replaced but were worried about how this change of power would take place. It wasn’t until the 17th November 1989 that people got their first glimpse of how things would go through, as this was the day that the Communist Youth Movement organized a demonstration in the city of Prague to remember those killed by the Nazis in the Second World War – a demonstration that was brutally crushed by the police, resulting in a large number of arrests and many injuries to the demonstrators.

This moment mobilized the people of Czechoslovakia into taking their destiny into their own hands. The anger manifested itself not in random acts of violence but a series of large demonstrations against the incumbent government – with the largest of these being in Letna, which attracted upwards of 750,000 people. The leading light in the ranks of the protesters was a man named Václav Havel, who, along with others, negotiated with the government and finally got them to resign on 3rd December 1989. Shortly after this, a “government of national understanding” was formed, consisting of many different political parties with Havel as the elected leader.

Due to the peaceful way in which Czechoslovakia managed to carry out these events, they became known as the Velvet Revolution (Sametová revoluce). There were still problems persisting within the country, though, as the eastern half – Slovakia – had become increasingly angry with the power and money concentrated in the west. This came to a head in 1993, when the country finally decided to split and the two nations of Slovakia and the Czech Republic were born. 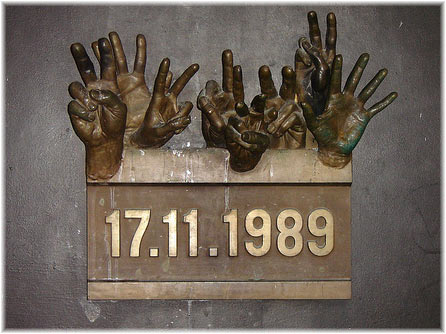 Prague After The Velvet Revolution

As with every city in the world, Prague has undergone a huge amount of change since the late 1980s and early 1990s. One of the largest aspects of the recent history of the Czech Republic as a whole is that they have established themselves as a player in some of the world’s largest bodies, with Prague at the centre. The most important of these are NATO and the EU, which were joined in 1999 and 2004, respectively.

Politically the situation is extremely stable, and democracy has prevailed in both the city and the country as a whole. Support is spread across two main parties – the Civic Democratic Party and the Social Democratic Party – and neither has been able to gain too much hold on the political system as yet, due to the support for each being very close. This has been sorted to some extent, though, as a coalition government was elected in 2010, with Vaclav Klaus serving as the President of the country.

The town of Prague is now a vibrant one, with prosperity and an overriding sense of achievement regarding everything that has been accomplished in the past. Before the Velvet Revolution, memories of the period still loom large in many, and this is a period that they will never forget. 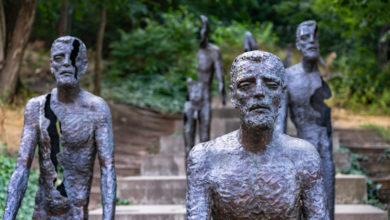