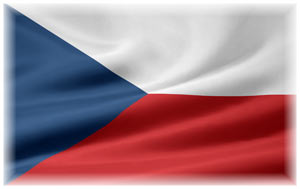 The official language in the Czech Republic is Czech, which is spoken by 96% of the population. However, have no fear, as especially in larger cities you can make yourself understood in English relatively easily. Older generations of Czechs can speak Russian, and you could also try German. French, Italian and Spanish is not widely spoken. Czech is also very closely related to Slovak and Polish. Slovaks and Czechs can generally understand one another.

The Czech language is special because sentences are not necessarily determined by word but instead by inflexion.  Part of the West Slavic languages, the term inflexion in the Czech language refers to the fact that the endings of words change.

Who Speaks Czech and Where is it Spoken?

You can find natives who speak the Czech’s language throughout Europe in Austria, Poland, Germany, Ukraine, Croatia, and Romania. In addition, there are more than ten thousand Czechs that remain in Slovakia even after the break-up of the Czechoslovakian Republic in 1992.

There are also locations outside of Europe that also speak Czech. Still, in the United States, many Czechs have settled into cities like New York, Chicago and Cleveland. In contrast, others have maintained their livelihood in the farming communities throughout Texas, Wisconsin and Nebraska.  There are nearly 100,000 Czechs currently living in the United States.

The Origins of Czech

The Czech language dates to the right before the beginning of the 11th century, as it began to separate from its protolanguage of ancient Slavonic. This is where we find the initial signs of its existence. Because of this, it’s been accepted widely that historians will now consider Czech as a documented language.

As the Middle Ages progressed, Czech became a quite intricate language that also had many genres. Soon the language began to spread outside of the national territory and was especially popular in Upper Silesia and Hungary.  The language then influenced other languages like Polish.

Learning a few Czech words and phrases will not only make your stay in Prague easier, but it will always delight the locals, who will be pleased with your efforts and admire your trying.

What time is it? – Kolik je hodin? (kolik ye hodeen)

Unfortunately, Czech is a highly complex western Slav tongue and can be quite difficult to learn. Many English speakers find it very hard to pronounce. The good news is that, apart from a few special letters, each letter and syllable is pronounced as it’s written. The trick is always to stress the first syllable of a word, no matter its length; otherwise, you’ll render it unintelligible.

If you are keen to learn some basic words and phrases, we recommend a Czech phrasebook from Lonely Planet. There are also courses for English tourists willing to learn the Czech language.

There are 42 vowels and consonants in the Czech alphabet, and most of the consonants are pronounced about as they are in English. In the Czech alphabet, letters that feature a “háček or little circle” (as in the č of the word itself) are considered separate letters and appear in Czech indexes immediately after their more familiar cousins. More confusingly, the consonant combination ch is also considered as a separate letter and appears in Czech indexes after the letter h.

Pronunciation for Some Special Letters in the Czech Alphabet

Worried That You Can’t Understand the Czech Language?

It is always better if you know the language used in the country you are going to. However, it is not necessary. If you speak English or German, you are all set in Prague. English is well spoken in Prague’s central restaurants and hotels and among the city’s younger generation.