Prague is the capital and largest city of the Czech Republic. The history of Prague spans thousands of years. During this time, the city grew from a castle known as Vyšehrad to the multicultural capital of a modern European state, the Czech Republic.

‘A glory that will reach up to the stars’ is how the mythical Princess Libuše saw the future of Prague according to the old Czech legend. It was Libuše who determined the site where the future city would be built.
Historians date the first settlements on the site of today’s city to the early Stone Age. However, the city’s real history is closely connected with Prague Castle, founded in 870, which became the seat of Czech rulers for centuries.

Important Periods in the City’s History

Prague experienced great expansion in the early 14th century when Czech King and Holy Roman Emperor Charles IV made it his imperial capital. Another important period for the city came in the late 16th century. During the reign of the Czech ruler and Holy Roman Emperor Rudolf II of the Habsburg family, the Czech capital became an epicentre of political, social and cultural life in central Europe.

From the More Recent Past

The name of the castle and then the entire city was, according to the first Czech chroniclers, derived from sills in the river Vltava (the Czech for ‘sill’ or ‘doorstep’ is ‘práh’, hence ‘Praha’, the Czech name for the city), over which the water tumbled. There are other more recent theories about how the city acquired its name, but none are very conclusive. And this is what the famous Austrian writer Gustav Meyrink had to say about the city’s name: ‘Prague’s name is no accident. It is a threshold between life on Earth and Heaven, a much narrower threshold than in other places….’

No one appears to understand precisely where Prague’s nickname, The Golden City, originated from. Maybe it relates to the gold domes on the Baroque churches of the capital. Or, more probably, it harks back to the medieval custom of alchemy, the practice of transforming standard base metals and minerals into gold. During the early 1600s, throughout Rudolf, the Second’s reign, a plethora of artists, astronomers, scientists and, especially, alchemists were attracted to Prague. Renowned alchemists who graced the cobbled lanes of Prague include Englishmen John Dee and Edward Kelley. Another noteworthy alchemist, may be known better for his astronomy work, was Tycho Brahe (1546 to 1601) from Denmark, who lived in Prague for a long time, and whose body lies in the Our Lady Before Týn Church. 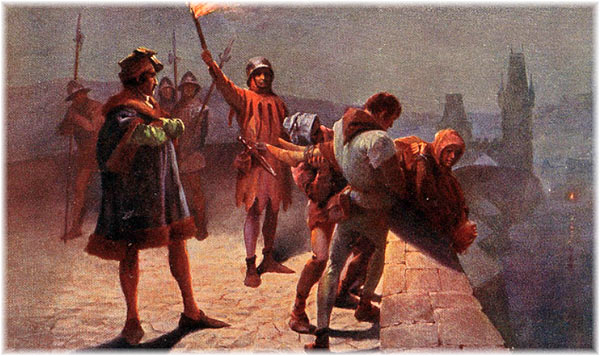